This weekend, Cologne celebrates 47 years since a milestone in the LGBTQ+ liberation movement. Some of the city's newest residents will have a prominent place in the Christopher Street Day parade. 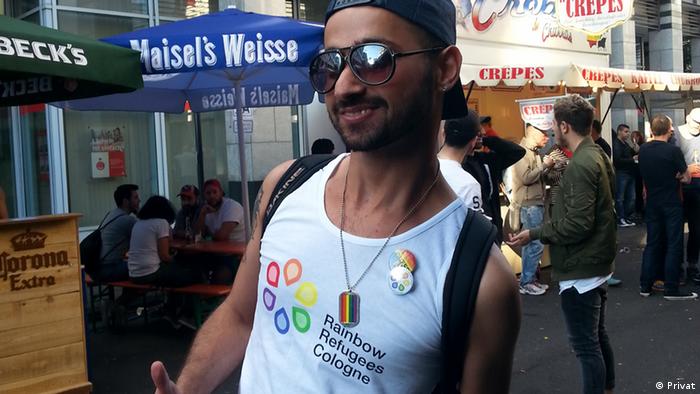 Cologne prides itself on its parties, and so it makes sense that ColognePride is the biggest party of its kind in Europe. Several dozen groups of lesbians, gay men, bifolk and transpeople march from the right bank of the Rhine and right into the city center on the first Sunday in July for the annual Christopher Street Day parade.

This weekend, Cologne, proud of its Pride, will welcome the Rainbow Refugees support group to the parade, giving a little more visibility to people who are a minority in a minority in this western German city, where over a third of the city's population was born abroad or has a parent or grandparent who was.

"We exist," said Ibrahim Mokdad (pictured), a 30-year-old Lebanese man who arrived in Cologne six months ago and has planted his Rainbow Refugees flag in the residential neighborhood of Zollstock. "We are refugees, and we are also gay. This issue exists: gay refugees." 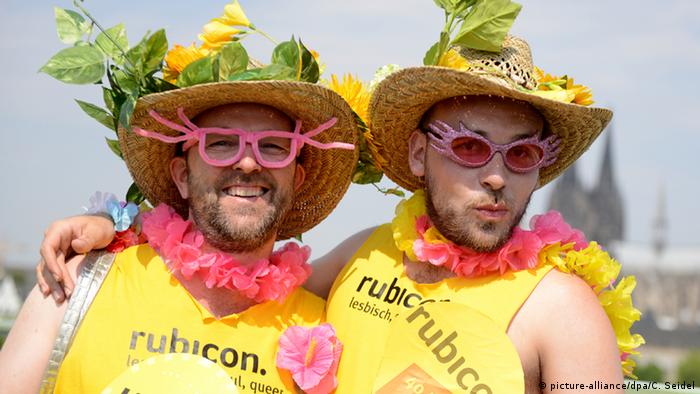 Mokdad said his parents knew from early on that he was gay.

They took him to an imam, who read to him from the Koran; a psychologist, who said it was just a phase; even a neurologist. Mokdad said he spent most of his 20s playing Candy Crush Saga, and eating and sleeping the rest of the time.

A scar starts just above Mokdad's left knee and extends well into his shorts. There's a piece of metal holding his upper leg together that needs to come out. A man he had met on the gay hookup app Grindr set an ambush that ended with Mokdad being pushed off the man's third-story balcony, breaking his fall to the street on the roof of a car.

"I decided that I have to flee," Mokdad said.

Though Beirut is known for a happening, if under-the-radar, LGBTQ+ nightlife scene and being gay alone is not on the books as a prosecutable offense in Lebanon as it is in some other countries, gathering centers have faced official harassment and homophobia is more socially permissible than homosexuality. Only 18 percent of respondents to a 2013 Pew poll said nonnormative identities should be tolerated, and there are no official protections for people who identify as homosexual or trans. Authorities in the United States, Canada and Europe have granted asylum to applicants from Lebanon based on their sexual identity.

Mokdad said he thought that the Netherlands would be the best place for a gay man to apply for asylum, and decided to make his way there. While he received treatment for a chronic condition in Cologne, a health care worker asked him why he wanted to leave the city. 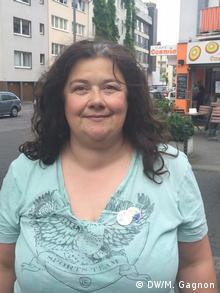 LGBTQ+ people who seek asylum in Germany face multiple forms of discrimination because of their residency status and gender identity or sexual orientation. In June, Rainbow Refugees reported that in Cologne a transgender woman from Iraq was attacked with a knife at one refugee home and a gay man was beaten into the emergency room in another incident.

"They have made it the long, dangerous way here and then they are again threatened and battered," said Ina Wolf, a DJ and the founder of Rainbow Refugees, who added that victims are often wary of police and unsure where to turn.

In homes, she said, authorities will often simply tell residents to keep a low profile, "which I find utterly crass, because they have fled because they want to be who they are and they can't hide themselves - especially transpeople."

During the Christopher Street Day parade, a few dozen Rainbow Refugees in matching T-shirts will take to the street for what will be the first Pride celebration for many of them.

Mokdad said it was important to be visible as members of the LGBTQ+ community and as people stuck in system not yet ready to acknowledge refugees' diversity and needs.

And, when he's not marching, Mokdad plans to dance. Being an activist for LGBTQ+ refugees while being an LGBTQ+ refugee himself is his full-time, unpaid job, and CSD celebrations only happen once a year.

Everyone has the right "to live a life fit for a human being," organizers said in a statement. The demonstrations follow a surge of attacks against refugee shelters, and the Orlando shootings in the USA. (19.06.2016)

'Everyone knows that hatred'

Gay men and lesbians have gathered in front of the US embassy in Berlin to mourn the victims of the Orlando shooting. Many said the attack has affected them personally, as they also experience hate in their everyday lives. (13.06.2016)

Queer lifestyle can be openly celebrated in Berlin, and not just on Christopher Street Day. An exhibition shows how Berlin's tradition of tolerance goes a long way back: "Homosexuality" was even invented here. (26.06.2015)