Queer lifestyle can be openly celebrated in Berlin, and not just on Christopher Street Day. An exhibition shows how Berlin's tradition of tolerance goes a long way back: "Homosexuality" was even invented here. 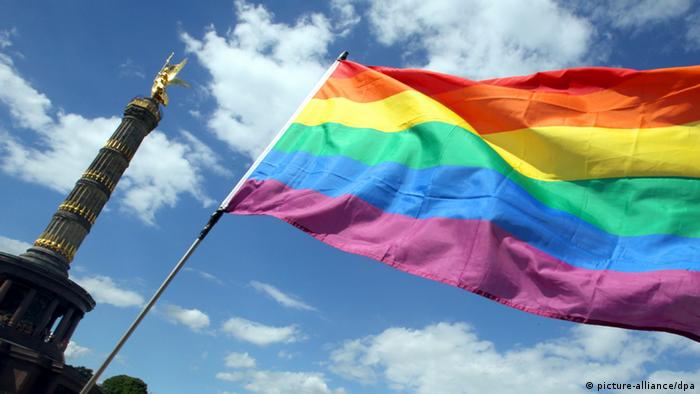 Klaus Wowereit's made his coming out in 2001 by saying, "I'm gay, and that's a good thing," a declaration which is almost just as well known as John F. Kennedy's "Ich bin ein Berliner" here in Germany. Shortly afterwards, he became the mayor of Berlin.

Wowereit marked an important milestone on the path to homosexual emancipation in Germany - shortly after him, a German foreign minister also publicly disclosed his homosexuality.

The 150 years of history, politics and culture of homosexual women and men in Germany are the focus of the exhibition "Homosexuality_ies," currently being shown at the German Historical Museum and the Gay Museum in Berlin.

Minister of Culture Monika Grütters referred to the joint exhibition as an invitation "to be free to love and let live, as established by Berlin's tradition."

It is the first major exhibition in Germany entirely dedicated to the gay and lesbian civil rights movement, conveniently timed to accompany Germany's current heated debates surrounding the legalization of same-sex marriage - which has not been approved yet in the country, in contrast to Catholic Ireland. But more on that later. 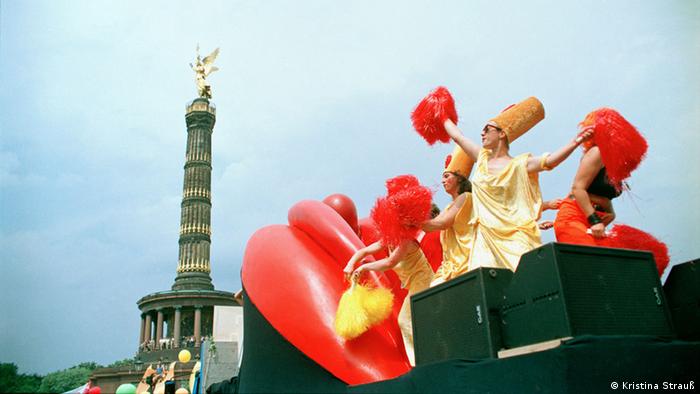 The introduction of Paragraph 175 in 1871 in Germany, then known as the "Sodomiegesetz" (the sodomy law) criminalized all "homosexual acts." The provision drew from previous Prussian laws. It would be applied with varying degrees of severity from 1872 to 1994.

Ironically, "this criminalization led to resistance," says the curator of the exhibition, Birgit Bosold. Berliners started protesting against the law by openly declaring their homosexuality, initiating a civil rights movement.

German psychiatrists began trying to prove that homosexuals were not criminal perverts by demonstrating that sexual orientation was innate. The sexologist Magnus Hirschfeld was a pioneer in the fight for the rights of homosexuals. He founded the Scientific Humanitarian Committee in Berlin in 1897, where he campaigned against the discriminatory laws of the Empire.

From sultry to gay

Robert Beachy also covers this part of Germany's history in his recent book, "Gay Berlin: Birthplace of a Modern Identity." According to the author, the German word for gay, "schwul," was invented in Berlin. A similar word, "schwül," which means sultry or humid, could have been a reference to the "warm brothers," German slang for homosexual men in the 19th century. Although it was originally used by the police in a pejorative way, the term was then adopted by the men themselves.

After the beginning of the 20th century, a sex scandal involving some of Kaiser Wilhelm II's closest advisers and friends revealed their homosexuality or bisexuality. The city became a European center for gay men. 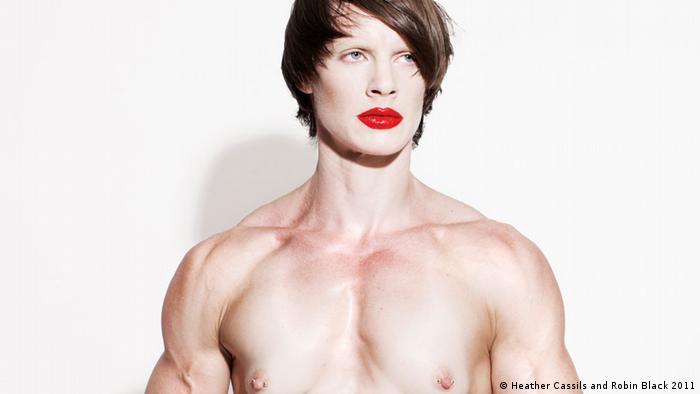 The Berlin of the 1920s and 30s is almost legendary. Despite Paragraph 175, a gay and lesbian scene flourished in Berlin with bars, clubs and theaters openly catering to a homosexual public. Some magazines published personals for people of the same sex.

Many creative artists of the Weimar Republic were completely open about their homosexuality.

"At the time, Berlin was certainly one of the most liberal cities in the world," says Birgit Bosold of the Gay Museum.

The Nazis put a brutal end to this culture of tolerance. Legislation was tightened: Many gay men were arrested and deported to concentration camps. There were at least 50,000 sentences based on Paragraph 175.

The exhibition at the German Historical Museum has a room painted pink in reference to the pink triangle used by the Nazis to identify gay men in concentration camps. This memorial not only underlines how homosexuals were prosecuted by the Nazis, it also pays homage to all the survivors who did not obtain any recognition after the war.

As late as the 50s and 60s, gay men were denounced by neighbors and arrested by police. 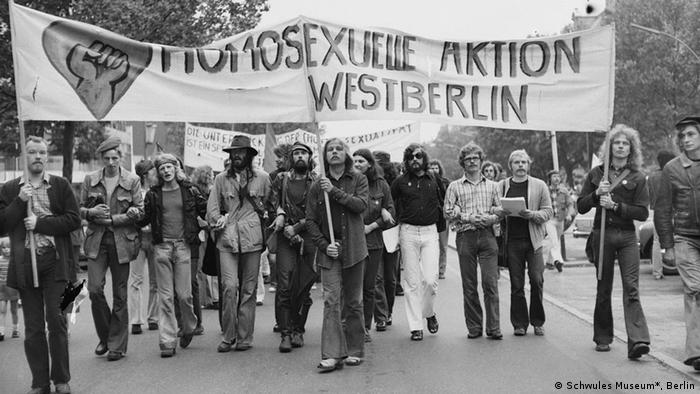 LGBT rights protest in Berlin in 1973

Change started in the 70s. This period is covered by the part of the exhibition shown at the Gay Museum, which includes works by Andy Warhol and Louise Bourgeois.

In addition to international artists, the Berlin-based filmmaker Rosa von Praunheim strongly contributed to making Berlin a center of queer lifestyles. "West Berlin's insularity created an extremely wide subculture, from which we still benefit to this day," says the curator of the exhibition Birgit Bosold.

"Berlin is a special city. You can't find the same density and diversity of queer culture in many other places in the world," she adds.

Even though Berlin's subculture has an international reputation, "the motherland of gay revolution is currently lagging behind," says Bosold. The notorious "homosexual paragraph" was revoked in 1994 in reunified Germany. The East German government acted faster here, attenuating it strongly in 1968 and abolishing it in 1988.

Germany adopted a law allowing registered life partnerships for same-sex couples in 2001. Full marriage equality, which would allow gay couples to adopt children, has not been established in the country yet. Although Birgit Bosold personally does not want to get married, she is confident these rights will be made available to everyone: "I think it's just a matter of time until it happens - five years at the most."

The demand that Germany extend marriage to homosexuals has been endorsed by Germany's upper parliamentary chamber, the Bundesrat. Conservatives in the lower house, the Bundestag, are likely to resist the resolution. (12.06.2015)

If Ireland's referendum on same-sex marriage is passed, the country would become the first to approve marriage equality by popular vote. Political parties are backing the change. (22.05.2015)

Queer Berlin is almost a tautology. In a city in which homosexuality was once glorified, and then so horribly vilified, today LGTB culture is a driving force of the Berlin underground, as DW's Stuart Braun found out. (25.02.2011)

Check-in presenter Neus Pérez is shown around the Elbphilharmonie, visits Hamburg's Composers' Quarter, and heads to St. Pauli to retrace the Beatles’ footsteps. Please not: The video was shot in March 2020, before the declaration of the coronavirus pandemic.