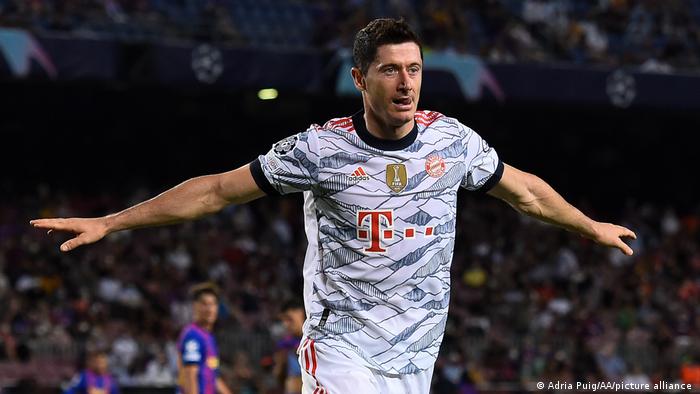 Robert Lewandowski has been setting the standard in world football in recent seasons.

"You broke records, and you, too, would have deserved to win this," Lionel Messi told Robert Lewandowski after the Argentine picked up his seventh Ballon d'Or in Paris in November. "You had an incredible season."

But 41 Bundesliga goals, breaking the legendary Gerd Müller's record, plus another five in the Champions League, weren't enough for the Bayern Munich striker.

Now, however, the Polish hitman has been honored after all after being crowned men's player of the year at FIFA's "The Best" awards for the second straight year, beating off competition from fellow finalists Messi and Mohamed Salah.

Outstanding is just one of the words that can be used to describe what Lewandowski has achieved in the Bundesliga and Champions League in recent years.

The 33-year-old broke Gerd Müller's 40-goal record in Germany’s top flight, a record that was regarded as untouchable, all in the season after winning the sextuple with Bayern and being voted world footballer of the year.

And, in the current campaign, the Pole has already scored 34 goals in 27 competitive games for Bayern, including a hat trick against Cologne at the weekend, which took his Bundesliga tally to 23 in 19.

These are numbers that catapult footballers to elite status, but there are few superstars who are as down-to-earth as the modest Pole. That’s why, in the run-up to November's Ballon d'Or and this month's FIFA "The Best" awards, others have been talking about Lewandowski, not him.

"I would be delighted if he won it — it would certainly be well deserved," Bayern head coach Julian Nagelsmann said after the Cologne game, in which Lewandowski became only the second-ever player to reach 300 Bundesliga goals — after the great Müller.

"It's not just his goals, though; he also works really hard and is always in the right position," Nagelsmann said. "One of his great qualities is that he also starts a lot of attacks before sprinting into the box to wait for a cross or a pass."

Bayern captain Manuel Neuer said: "We're happy and grateful that he plays for us. He is a machine in the box, he holds the ball up brilliantly, and his finishing is unique."

Despite being at an age when other professionals are already thinking aloud about ending their careers or struggling to keep up with the world's best, Lewandowski has managed to maintain his incredible form. The 33-year-old has been of a world class caliber for a long time, but the zenith of his career has expanded to a never-ending plateau.

The most important moments of the Bundesliga season

Forty-one, 34, 22, 29, 30, 30 — that's how many goals Lewandowski has scored in the past six Bundesliga seasons. He has been the league's top scorer five times, adding to the sole Torjägerkanone he won whilst on the books at Borussia Dortmund. In the history of Germany's top tier, he is just 65 goals shy of legendary striker Gerd Müller all-time record of 365.

His experiences in the Champions League tells a similar story with the Pole currently on 82 career goals. Only Messi (123) and Cristiano Ronaldo (140) have more.

Too lanky to go pro

During Lewandowski's youth, it wasn't a given that his career would hit these heights. Born in Warsaw in 1988, his football journey began at clubs in the Polish capital — but without much success at first. 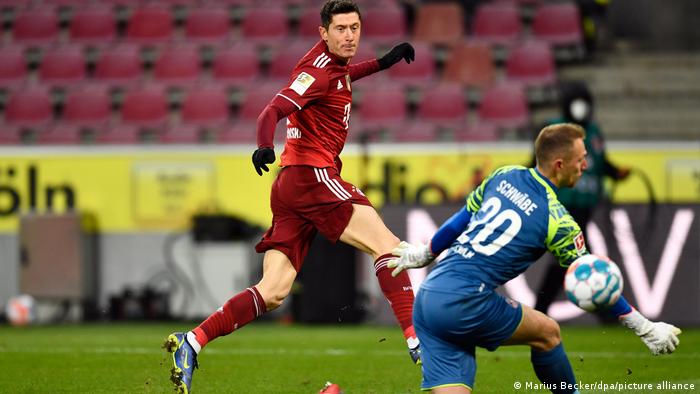 At Legia Warsaw, his coach deemed the then 18-year-old too weak for the first team. The club doctor even advised the bobek (the "little one"), as Lewandowski was called at the time, against even trying to make it as a professional. But Lewandowski persevered, took a detour via third-division club Znicz Pruszkow and from then on his goal scoring form took off.

That remained the case even after he joined Ekstraklasa side Lech Poznan two years later. He made his debut for the national team at the age of 20 and marked it with his first international goal. Nowadays, he's Poland's record goal scorer and captain of the national team.

In 2010, Lewandowski moved to Borussia Dortmund in the Bundesliga. He was German champion twice with BVB under Jürgen Klopp and German Cup winner once. In 2014, he followed Bayern's call to Munich and continued to collect titles there. He has now lifted the Bundesliga title nine times, won the German Cup three more times and added a Champions League winner's medal to his collection.

Alongside Johan Cruyff, Lewandowski is the only male football player to have won a treble of a national title, national cup and Champions League, while also becoming top scorer in all competitions.

A second world footballer of the year award will undoubtedly make Robert Lewandowski happy, but certainly won’t change him — and perhaps a Ballon d'Or is still to come.