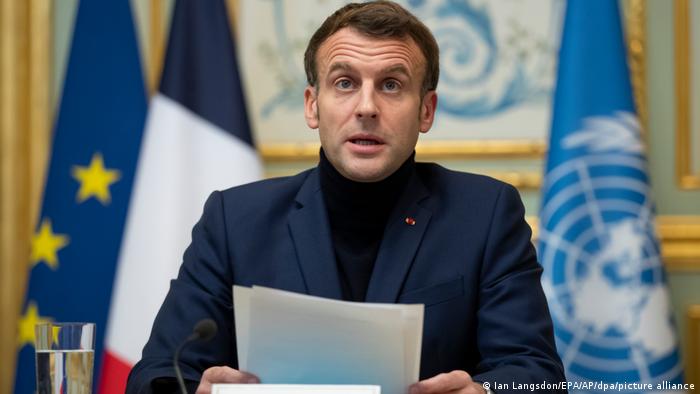 France and the United Nations led a virtual international aid conference Wednesday to secure more support for Lebanon months after an explosion destroyed the port of Beirut and part of the city.

French President Emmanuel Macron and UN Secretary-General Antonio Guterres announced the creation of a relief fund operated by the UN, World Bank and the European Union to provide food and medical aid and pay for port reconstruction.

Guterres said the fund would help Lebanon move "beyond the emergency phase" and onto a path of recovery.

Lebanon in freefall - The crisis at Europe’s gates

Lebanon in freefall - The crisis at Europe’s gates

Lebanon's government stepped down after the August 4 blast, and the designated head of state, Saad Hariri, has been unable to form a new Cabinet. Even before the port explosion, Lebanon was already facing an economic crisis exacerbated by political instability.

No international bailout without a government

Macron told Wednesday's conference that the emergency fund would channel aid directly to the Lebanese people, but warned billions in long-term international support would not be released without a credible government.

"The commitments ... have not been respected," Macron said, adding that the promise of short-term, emergency assistance "won't replace the commitment of Lebanese political forces and institutions to form a government as quickly as possible and implement a roadmap for reforms."

"The parties have to finally fulfill their responsibilities and do everything to earn back the people's trust," Maas told Germany's DPA news agency, adding it was "shocking" that there has been no progress in forming a government.

"Four months after the terrible explosion in Beirut, the Lebanese are still suffering from the consequences. The humanitarian situation is visibly deteriorating," Maas said ahead of the conference.

"Further long-term aid for reconstruction and economic development will depend on the Lebanese leaders," Maas added. 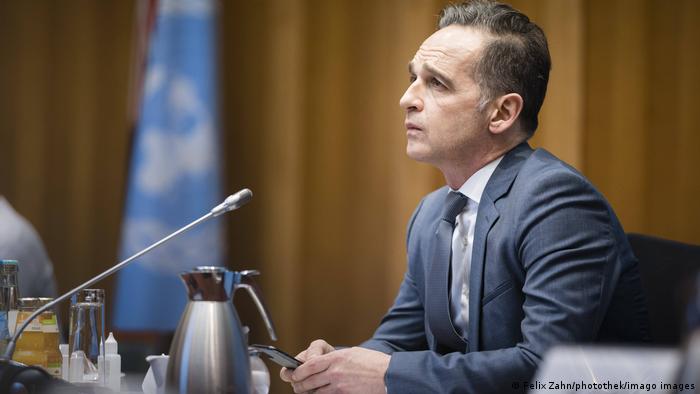 Wednesday aid conference was the second organized since the blast, and the first on August 9 garnered 280 million euros towards humanitarian aid for Lebanon's immediate needs, like food, doctors and school supplies.  "It's a lot," said Macron. "But it's not enough."

The World Bank Tuesday said Lebanon faces an "arduous and prolonged depression,'' because the country's politicians refuse to implement reforms.

She added the IMF's efforts to help Lebanon implement reforms had "not gone very far" due to the lack of a government in Beirut.

The French president marked the struggling nation's centenary by planting a cedar tree and meeting with politicians. His visit came on the heels of the designation of a new prime minister.