Another politician has resigned from Chancellor Angela Merkel's conservative bloc because of non-political work. Tobias Zech of the Bavarian CSU told colleagues he wanted to "protect my family and my party." 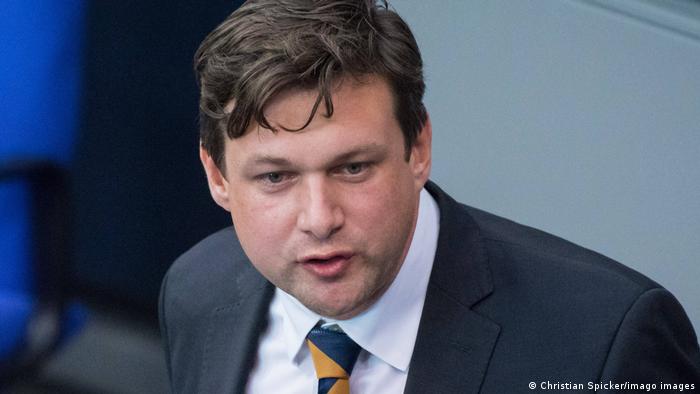 Tobias Zech told colleagues he did not think he'd done anything wrong, but that the atmosphere had changed in recent weeks so he would take preemptive action

Tobias Zech is resigning his position in the German Bundestag parliament and quitting the conservative Bavarian CSU, becoming the fourth member of Angela Merkel's conservative bloc to quit over ethics issues in a month.

"Tobias Zech has asked the ethics committee of the CSU to check for possible conflicts of interests. These investigations are ongoing," Blume said. He praised Zech for deciding to take action independently of these findings to try to protect his party, calling this "the only correct step."

In an SMS message to his allies in the party, obtained by DPA, Zech had written:  "I am doing this to protect my family and to avoid damage to my party caused by potential sweeping prejudgments."

Resigning 'in light of the current debate'

Zech's resignation is not connected to the coronavirus mask scandal that has prompted two resignations from Merkel's alliance since mid-February — his former CSU colleague Andreas Nüsslein and Nikolas Löbel of the Christian Democrats.. Both are accused of receiving large kickbacks for putting mask manufacturers in touch with the government early in the pandemic. 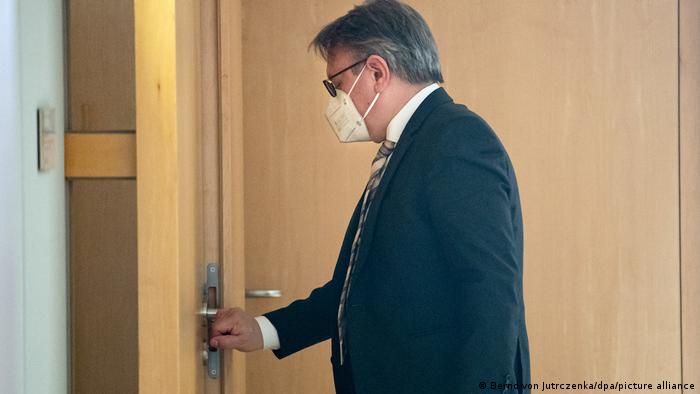 A third conservative, Mark Hauptmann, also quit the CDU after reports of lobbying work that could prove a conflict of interest.

CSU lawmaker Alfred Sauter faces preliminary investigations on suspicion of corruption, again connected to government contracts for masks. He rejects all the allegations and is still a party member.

Zech wrote to party colleagues that he believed his non-political work dating back to 2016 had broken no rules at the time. He said it was always properly registered and published on the Bundestag parliament website.

"However, in light of the current debate, I would today evaluate my paid secondary employment from 2016 differently and would no longer do it," Zech wrote.

The CDU/CSU earlier this week published new, stricter guidelines on ethics and secondary employment for its members.

This document was released not just in the aftermath of the resignations, but a matter of hours after the conservatives' disappointing performance in state elections in Rhineland-Palatinate and Baden-Württemberg.

The Passauer Neue Presse reported that Zech's work for a political consultancy company in Macedonia, on behalf of the governing VMRO party, coincided with an appointment as a parliamentarian on the campaign trail. Zech told the paper: "I do not consider it legally problematic. But politically, you cannot act that way."  Zech first joined the Bundestag after the 2013 elections and was set to stand in this September's vote for a third term.

Alexander Dobrindt, another senior CSU member, told DPA that Zech had reached the decision of his own volition, and said that he noted his colleague's decision "with respect."

After historically bad results at state elections in Baden-Württemberg and Rhineland-Palatinate, Germany’s conservatives must take a long, hard look in the mirror, says Marcel Fürstenau.