The Russian world view, as advocated by its foreign minister, sees countries develop bilateral relations. His words were at odds with those of US Vice President Mike Pence - and others at the Munich Security Conference. 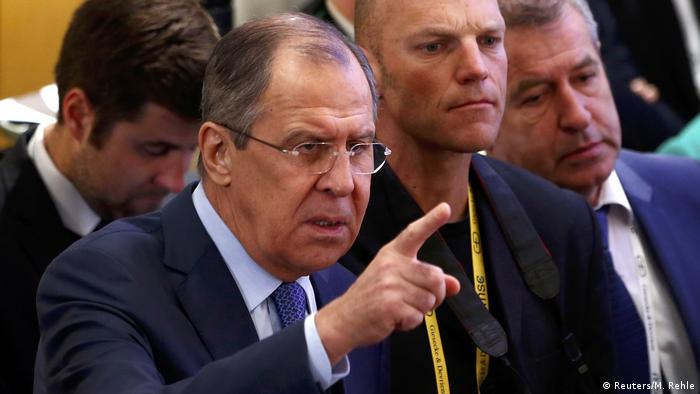 Russian Foreign Minister Sergey Lavrov's comments came during a speech at the annual Munich Security Conference, where US Vice President Mike Pence spoke earlier in the day, vowing that the United States would "hold Russia accountable," even as the White House seeks common ground with the Kremlin.

The annual gathering of diplomats and defense officials has been marked by Western concerns about US President Donald Trump's approach to foreign policy and attitude toward Russia.

"What kind of relations do we want with the US? Pragmatic relations, mutual respect, understanding our special responsibility for global stability," Lavrov said. "We have immense potential that has yet to be tapped into, and we're open for that inasmuch as the US is open for that as well."

More broadly, Lavrov said NATO "remained a Cold War institution." His claim was in sharp contrast to Pence's earlier statement that Washington "strongly supports" the military alliance, the latest in a string of US leaders to give similar commitments after Trump in the past called it "obsolete."

"Responsible leaders should make a choice; I hope that the choice will be done in favor a creating a democratic and just world order," Lavrov said, speaking through an interpreter.

"If you want, you can call it a post-West world order when each country, based on its sovereignty within the rules of international law, will strive to find a balance between its own national interests and the national interests of partners."

The Russian foreign minister said Moscow wanted to build relations with Washington that would be "pragmatic with mutual respect and an acknowledgment of our responsibility for global stability."

The two countries had never been in direct conflict, he noted, adding that they were actually close neighbors across the Baring Straits.

Russia wanted to see a "common space of good neighborly relations from Vancouver to Vladivostok," he added.

Pence was in Europe along with US secretaries of state and defense, Rex Tillerson and James Mattis, as part of efforts to reassure allies unnerved by Trump's "America First" rhetoric and his calls for improved ties with Russia despite the ongoing crisis in Ukraine.

The US vice president told the security forum that Washington will stay loyal to its old friends.

"The United States is and will always be your greatest ally," Pence said. "Be assured that President Trump and our people are truly devoted to our transatlantic union."

He added that the US would not relent in pushing Russia to honor the Minsk ceasefire accords with Ukraine.