A Latvian bank is accused of funneling billions to North Korea while the country's top bank official is alleged to have taken bribes. However, European Central Bank authorities raised no alarms. Teri Schultz reports. 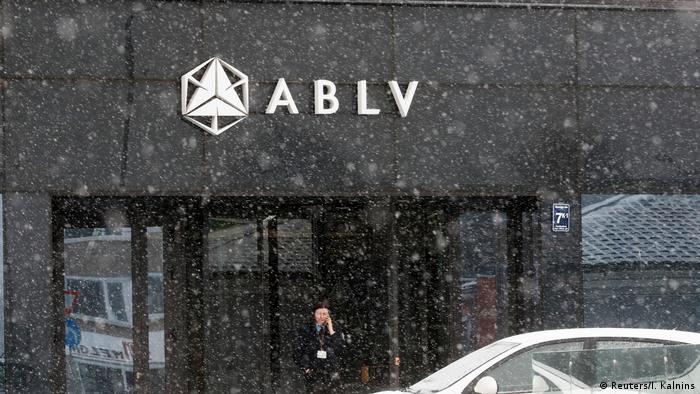 Latvian lawmaker Veiko Spolitis thought the worst days in the Latvian banking sector were behind it. "We really strengthened our law to prevent Latvia from being a 'money laundering paradise,'" Spolitis told DW.

A member of the parliamentary defense, internal affairs and anti-corruption committee, Spolitis had hoped fining some banks' illegal activities, reducing non-resident accounts and enacting new laws last November would result in a fresh start for the eurozone's 18th member. The European Central Bank (ECB) was in direct supervision of Latvia's three largest banks. What could go wrong?

Read more: Can Latvia be a role model for reform in Europe?

A few days later in a separate case, Latvian Central Bank chief Ilmars Rimsevics was detained and then suspended on suspicion of taking bribes. Spolitis is calling on parliamentary colleagues to support new legislation to be introduced on Thursday that would limit a central bank chief's term in office. Rimsevics, who refuses to resign, has held the post since 2001. 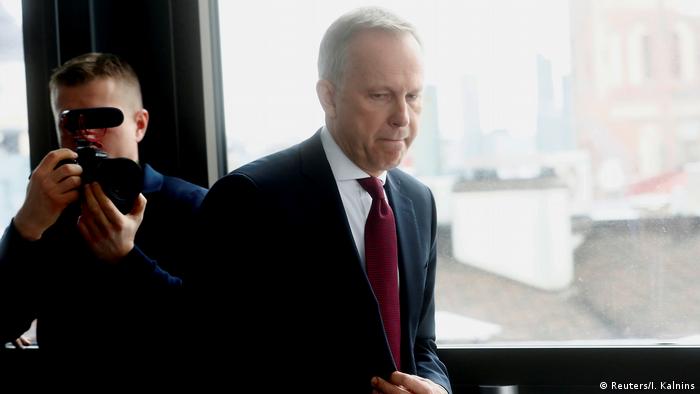 In both cases, the US government and a report by the Associated Press, respectively, were the sources of more public information than was forthcoming from the Latvian government itself.

Spolitis wants to know why. "It says something about the board of the European Central Bank [which supervises ABLV — the ed.] if FinCEN is coming up with this information and the Associated Press comes up with these allegations," he said. "We really would like to learn what is happening. There are a lot of demands on our secret service and intelligence agencies as to what happened and why it could happen." He expects Latvian authorities to seek help from the FBI and the European Anti-Fraud Office, OLAF. A US Treasury representative will arrive in Latvia within days to share evidence.

Swedish economist Anders Aslund has been tracking Baltic economies since the fall of the Soviet Union and has written a book on Latvia's economy with former Latvian Prime Minister Valdis Dombrovskis. Aslund said he has serious questions about both cases.

"Latvia did a very substantial cleaning out in the banking sector in 2015, 2016," he told DW. "And I'm surprised that something so serious comes out now." As for Rimsevics, Aslund noted that the allegations of extortion attempts come primarily from one source, Norvik Banka Chairman Grigory Guselnikov, a Russian businessman who just may have an ax to grind.

"I'm simply skeptical," Aslund said. "I'm not saying Rimsevics is certainly clean but the people accusing him are definitely not clean."

The extraordinary amount of international interest in the scandal, especially the unprecedented arrest of a sitting European central bank chief, prompted the Latvian Defense Ministry to take the unusual step of putting out its own statement alleging nefarious forces at work in amplifying the problems.

Aslund blames other governments for meddling too, blasting the US for its announcement on ABLV which caused the immediate outflow of some $600 million, which required the ECB to step in with liquidity assistance and a moratorium on payments out of the bank.

"It's so crude," Aslund said. "You don't as a foreign country put out a statement that causes a bank run in another country." However, Aslund pointed out that neither the ECB nor any other EU institution even looks for money laundering activities.

Bruegel economist Maria Demertzis believes this is a much bigger problem for the EU than just Latvia. She is convinced the lack of a solid foundation in some EU countries undermines trust between governments to the point where it hinders progress on all fronts.

"We put all our efforts on fixing the economics and we forget the fundamentals like the rule of law," Demertzis told DW. "All the emphasis for entering the EU is about fixing your economics. Make sure your exchange rates converge, bring down inflation, reduce your debt and then you're fine."

As it turns out, things are far from being in order, says Demertzis. "The answer is no, you're not fine."