Teachers in the Baltic country's bilingual schools are transitioning into teaching mostly in Latvian. Critics worry that the reform will come at the detriment of minority students — mainly ethnic Russians. 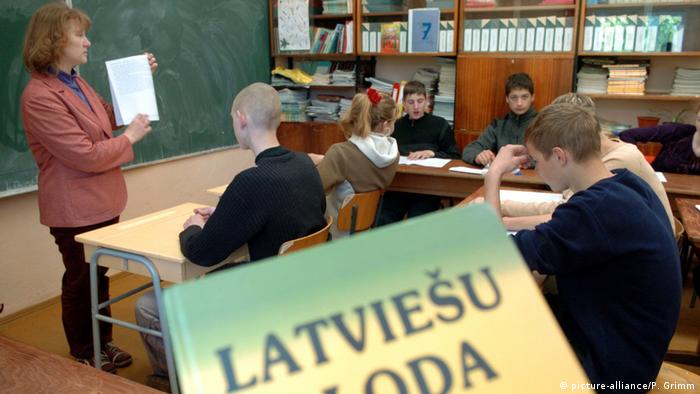 Words in various languages adorn the stairs of Riga's secondary school No. 34. Inga Sokolova, the school's deputy headmaster, greets a colleague in a classroom with Latin and Cyrillic alphabets on the walls, and the two exchange jokes about coming to work even during the summer break. Both project an image of a happy multilingual community, where recent Chinese immigrants and traditional minorities study side by side. Yet for over a decade now, there has been uncertainty about whether bilingual schools like this, which cater to the country's large Russian-speaking minority can survive the latest attempt to 'Latvianize' them.

By the 2020/2021 school year, the government wants all 16- to 18-year-olds to study in Latvian only — except subjects related to minority languages and heritage. Currently minority schools have the option of teaching only 60 percent in the national language. Grades seven to nine will also see an increase in the amount of teaching in Latvian.

Proponents say the changes will boost integration. Critics respond that schools will struggle to recruit teachers. The government promises €3.3 million ($3.82 million) from EU structural funds to have at least 2,700 teachers improve their language skills, but its critics question why the government seems hellbent on dismantling something that works. In November, Delfi.lv, a Baltic news site, wrote that as many as 8,000 teachers would need to improve their Latvian. Several protests have taken place, and the Constitutional Court is scrutinizing the reform.

Over a quarter of pupils in Latvia speak another language at home, usually Russian. Sokolova says the school administration has repeatedly met with parents to reassure them. "It's not like a child will be left alone with a strange book, not knowing which side to open it from," she asserts. According to the education ministry, of the 94 state-funded minority schools, over 41 percent teach half of their curriculum in Latvian, whereas other schools mix and match the languages. 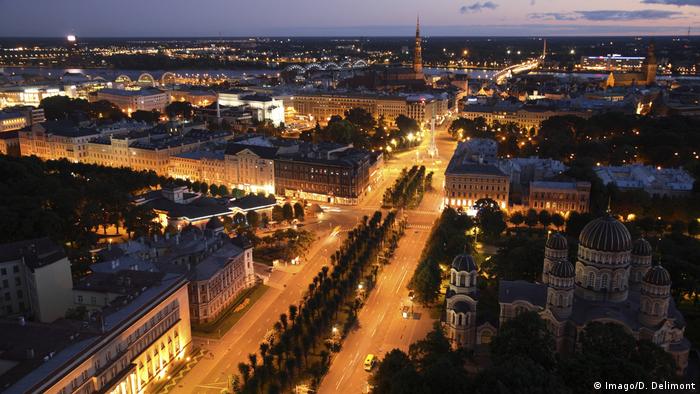 Riga, the capital, is a bilingual city and a huge draw for young people from elsewhere in Latvia

After World War II, Latvia became part of the Soviet Union, which meant that Latvians could study in their native language, but a parallel Russian-language education developed for incoming Russians and other Soviet residents, absorbing pre-war minority schools. In 1991 independent Latvia viewed these "new" residents as colonizers and required them to take a Latvian language test to gain citizenship rather than granting it automatically. According to the latest data, 11 percent of the population does not have Latvian citizenship.

The dual education system was reformed in several stages, introducing more teaching in Latvian in 2004. When researchers in the UK and Norway compared Latvian school exam results between 2001 and 2010, they found "significant deterioration" in pupils' performance in minority schools after the share of teaching in Latvian increased. It took five years for the results to return to pre-reform levels. In absolute terms, however, minority pupils continued outperforming their native-Latvian peers in some subjects.

The reform "will expand opportunities for young people in vocational and higher education, where learning takes place in the Latvian language, as well as increase their competitiveness in the labor market," according to Gunta Araja, head of policy initiatives and development at the education ministry. Armen Khalatyan, whose son is in secondary school, is not convinced. He often takes to a Facebook group of Russian-speaking parents to voice his opposition to the reform. He believes it is not about integration, but rather about disconnecting Latvian-born Russian-speaking children from their heritage. "Most of them [Russian-speakers] were born in this country," he says, one of a choir of critics who cite the results of graduation exams to prove their point: Native Russian speakers do just fine.

Minority as the majority

In the former industrial town of Daugavpils, a group of teenagers hang out by the picturesque river Daugava. One of their friends has already left for Riga, but the others have no interest in the capital, which it is far bigger, busier — and effectively bilingual. Here in their hometown, 89 percent of residents speak Russian at home.

Daugavpils is in the fast-shrinking eastern province of Latgale, but it is home to a university, a new arts center, numerous lakes and green spaces, and bustling cafes, where Russian is nearly the only language one hears spoken. Statistically it's the least ethnic Latvian city, and one in six does not have Latvian citizenship. 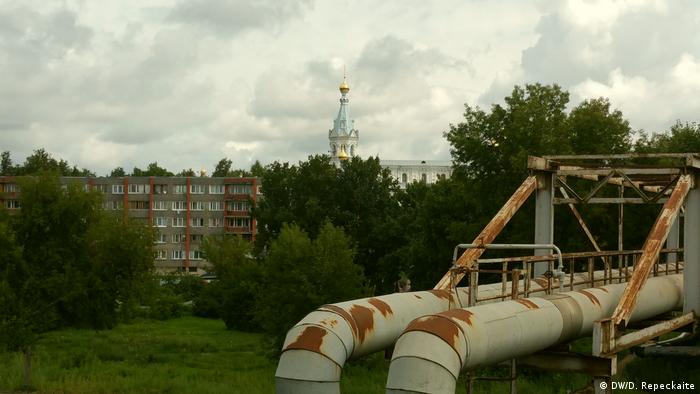 Russian is the most common language in Daugavpils

The youngsters cheerfully share their experience learning Latvian, which they have succeeded at to varying degrees. One of them, who studies at the local art school, says that while all classes are in Latvian, finding information online for homework and personal projects is much easier in Russian.

Andrejs Zaicenko, a chemistry teacher, has been busy attending seminars for teachers to comply with the novelties of the reform. His is a minority school, and his pupils, like him, speak Russian at home. Fortunately for him, comfort in delivering his classes in Latvian is not an issue, but he still has doubts.

"[A teacher's] work will only be judged according to two parameters: Firstly, your pupils' exam results; secondly, the competitions they have taken part in," he says.

Educators like Zaicenko worry that science-inclined pupils tend to struggle with languages, and the shift may alienate them from science as well. "If a pupil asks me to explain something in Russian because he didn't understand it in Latvian, should I fulfill my duty to explain my subject, or should I behave according to the law and say, 'Sorry, I won't explain it to you in Russian. Go and read some books'," Zaicenko worries.

In June, a bilingual school received a warning from the State Language Center for conducting an event in Russian during a random inspection of 16 schools. This sent a ripple of concern across bilingual schools.

"Shaming teachers for the [approaches] they use begs the question what goal the government wants to achieve — to increase the level of education or to make everyone speak Latvian," Zaicenko says. Both of those goals could be achieved another way, he adds: "I check the scientific facts and a Latvian teacher checks the quality of writing. This is where we need a reform: promoting cooperation among teachers. But there are not enough incentives for it — on top of all the work we do daily."

Bucking the trend to go West and stay there, some young Latvians do return home after dipping into life abroad. For them, the drawbacks of their ever more sparsely populated country are anything but. (12.05.2018)