Bucking the trend to go West and stay there, some young Latvians do return home after dipping into life abroad. For them, the drawbacks of their ever more sparsely populated country are anything but. 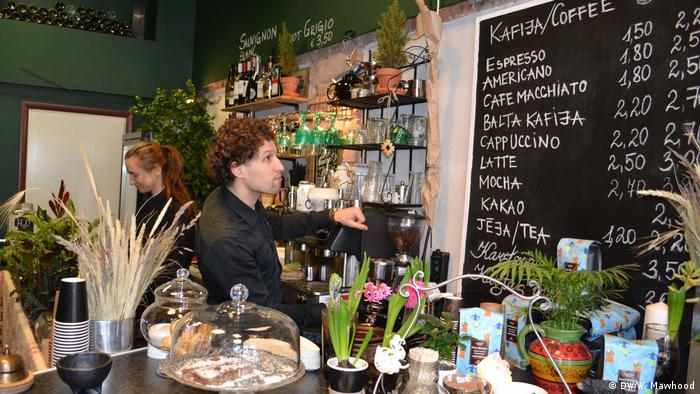 It's a Friday evening in Liepaja, Latvia's third-largest city, and at Kursas Putni – a newly opened bar and cultural space in an appealingly dilapidated wooden house – a full room of people is listening to a series of lively monologues. The theme? The speakers' experiences living and working abroad, what they learned from them, and why they finally decided to move back to Latvia.

When they're done, the members of the audience stand and relate their own experiences of life outside Latvia. Almost everyone present has worked or studied abroad. What may come as a surprise to those who are familiar with Latvia, is that all of them eventually moved back home.

Low birth rates and high levels of emigration – especially to Western Europe – have caused the population to fall faster, in proportional terms, than in any nation in the world over the last two decades, stoking fears that the very viability of the state may ultimately be threatened. Latvia's population stood at close to 2.4 million in 2000; the latest figures from the Central Statistical Bureau show that since then the population has dropped by over half a million, leaving just 1,925,000 residents. A report by the Baltic Center for Investigative Journalism concluded that almost half of all Latvian residents would be over 50 by 2030. 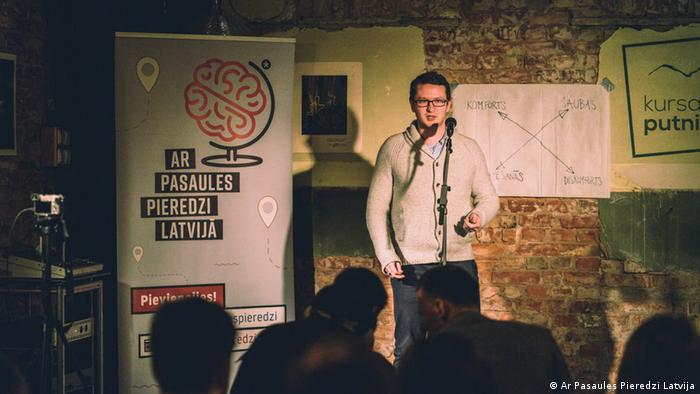 Janis Kreilis brings together Latvians who have lived abroad

The event at Kursas Putni was put on by the Riga-based organization Ar Pasaules Pieredzi Latvija ("In Latvia, with world experience"). Its founder, Janis Kreilis, speaks English with an audible US imprint, the result of five years as a student in New York. He returned to Latvia in 2016 after nine years away and began to organize informal get-togethers where fellow returnees could share their impressions.

Kreilis, who is also the manager of a recruitment agency that finds jobs in Latvia for "global professionals," says that life abroad has changed him profoundly: "I'm halfway American now. I've really got the idea of being very open, open to networking and meeting people. When I left Latvia, I was still the typical reserved shy guy – as most of us are. And that has really changed."

He's noticed these changes in others who have spent extended periods away as well. At the first meeting he organized, anticipating difficulty in getting reticent Latvians to talk to each other, he brought along an icebreaker game: bingo cards with get-to-know-you questions. But to his surprise, the conversation flowed naturally. "It was a complete flop, because within five minutes everyone had met everyone, and they were like, 'We don't need your bingo; we're done.'"

From a professional point of view, he says, there are considerable benefits to Latvia. For one, its small population isn't necessarily a drawback: "Your network is much more coherent than it would be in, say, New York."

Latvia's demographic changes are especially apparent in Liepaja, a remote port city that was intensively industrialized and militarized during the 50-year occupation by the Soviet Union. At just under 70,000, its population is barely half of what it was 25 years ago. 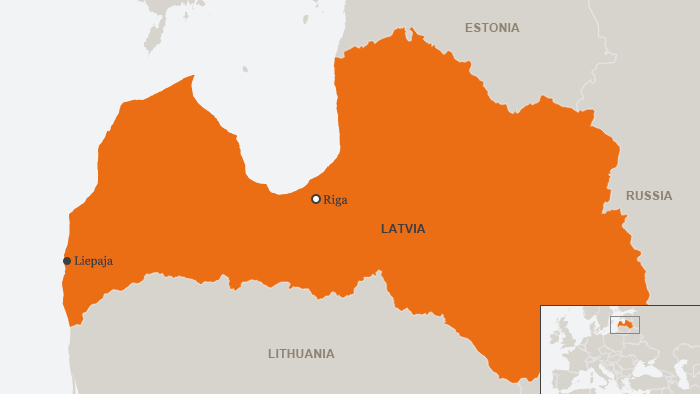 Liepaja native Alina Amberlanda was one of the many who left, taking advantage of Latvia's accession to the EU in 2004, which removed most hurdles to living and working elsewhere in the bloc. It is probably the biggest factor in Latvian emigration in the last 15 or so years.

After a period volunteering in Spain, France and Portugal, Amberlanda, who went abroad in 2010, found herself in London. There she took a series of jobs: working in a bar, at an ice rink and finally at an upscale restaurant.

Eventually, though, she tired of the pace of life in the British capital and found herself longing for the calmness and unspoiled forests of Latvia. For most of her colleagues, she says, life was "work, work, work, shop, shop, shop, party, party, party … I missed the simple life." 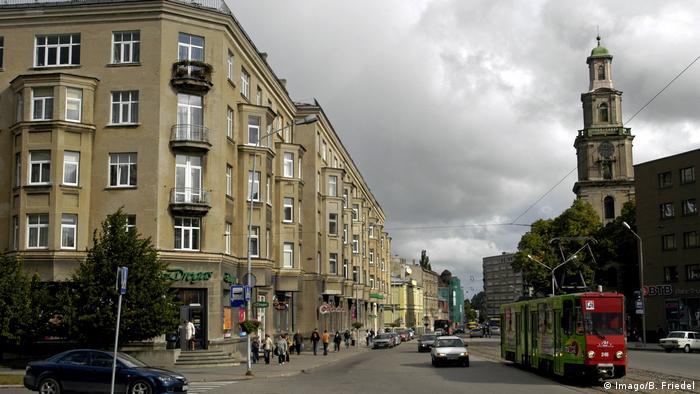 Liepaja has shrunk dramatically within only a few decades

Amberlanda returned last spring, and with money she had saved up from working in London, she opened a small café, Vejs – a narrow but cozy space in the city center, festooned with plants and offering Guatemalan coffee, Latvian craft beer and pancakes made behind the counter.

She runs Vejs with her boyfriend, Arthur Kuznetsov, who has also spent time working in the UK and Spain. He thinks it could prove to be a boon for Latvia that so many of its citizens live or have lived abroad. Those with experience of life elsewhere "are braver, they have more ideas," he says. 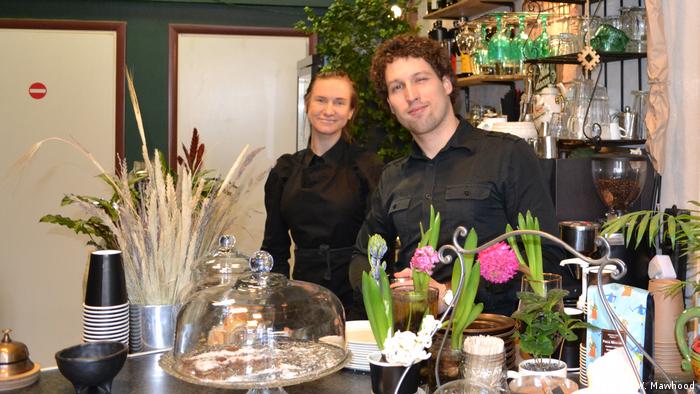 But Latvia can only benefit from them if they actually do return, of course. Official figures show that the outflow peaked after the 2008 financial crisis and has dipped considerably since. Still, more Latvians are leaving the country than returning – net negative migration was over 12,000 in 2016.

Two years ago, Estonia experienced a positive net migration rate for the first time since the restoration of its independence in 1991. However, its economy had been considerably stronger than Latvia's for most of that time. Latvians would be delighted if they could replicate their northern neighbor's achievement, and the stories people in Liepaja have to show that, even here, the process is far from being entirely one-way.