Spanish emigrants come home to sun and uncertainy | Europe| News and current affairs from around the continent | DW | 19.04.2017

Spain has a long tradition of its people seeking work abroad when times are tough. The comforts of home lure back many Spaniards who find living abroad not all it was cracked up to be. Santiago Saez reports from Madrid. 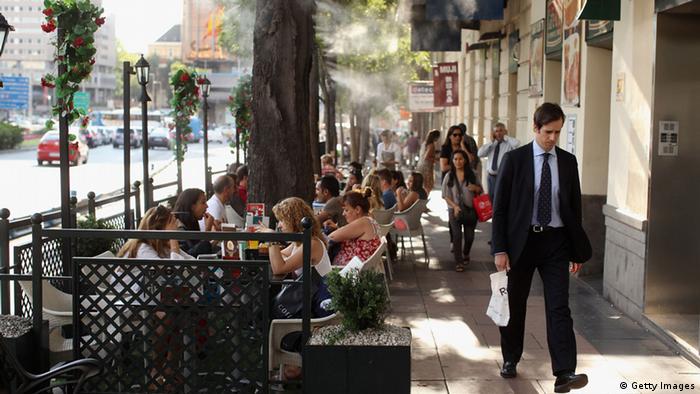 Raul Gil works at a publishing house in central Madrid. He makes roughly half the money he did when he lived in Berlin. But that's not why he came back to Spain: "It's this life on the streets," he explains, gesturing with his arms to take in the surroundings, "you don't get this anywhere else." All while sipping a beer and nibbling chips on a sunny terrace near Plaza de Espana in central Madrid.

Gil is one of the founders of Volvemos, an online project to help Spanish migrants who want to return home. Almost 6,000 people have signed up to the platform. The average would-be returnee is 31 years old and has spent five years abroad. And most of them are willing to take a pay cut if necessary. According to Gil, "a satisfying project, quality of life and work-life balance" are all more important than salaries to the members of Volvemos.

According to National Institute of Statistics (INE), well over 190,000 Spanish nationals have returned to the country since 2011. Last month Employment Minister Fatima Banez defended the figures, pointing to her government's economic policies. Indeed, 2016 saw a record drop in unemployment.

But the numbers of returnees has been disputed because the report relied solely on information supplied by Spanish consulates abroad. According to migrants rights platform Marea Granate (Maroon Tide), many Spaniards never register at consulates in order to keep their rights to healthcare or to vote. In June 2016, Marea Granate released its own report comparing data from the statistics offices of 12 countries, including Germany and the UK. They concluded that, since 2011, Spaniards leaving the country outnumbered those coming back by 168,000 people.

Not what they expected

Ana Royo lives in Albacete, 220 kilometers south-east of Madrid as the crow flies. Unlike Madrid, Albacete has relatively high unemployment rate, well over 20 percent, and Royo hasn't been able to find a stable job since she came back a year and a half ago. She's working towards a second university degree, to become an IT engineer. "I do it online, just in case a good job comes along," she explains. 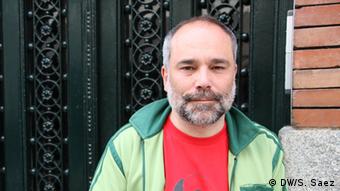 Royo left for Hamburg in June 2014 to take part in an internship program for young workers. She's a graphic designer, so that's the field she initially applied for, but she was rejected because she already had a degree. Instead, she got a spot as a waitress in a hotel through the program. She initially hoped to find another position - one more in accordance with her career - once she had mastered German, but it didn't work out.

Read: From homeless to entrepreneur in Barcelona

"Most of the Spanish people I met in Hamburg had higher education, but they all worked as busboys and cleaners," says Royo. She thinks that was one of the main drivers for them to return: "They would stay for a couple of years, learn the language and at least try their best to get a good job. Some made it, but most are back," she explains.

She agrees with Raul Gil on the main lure to return to Spain: "I think I speak for lots of people when I say that, if we have sunshine, friends and a cold beer, we are not so fussy about being paid less."

Teresa Tiburcio tells a similar story. A journalist and anthropologist, she decided to return to her parents' house in Leganes, near Madrid, after struggling to make a living in Berlin. She was caught in what she calls "the mini-job cycle," in which she couldn't earn enough to save money, but at the same time she didn't have time to find a better job.

"It's hard. It's true that there's a glass ceiling for immigrants, because of the language barrier [in Germany]. But then again, it's also difficult [in Spain] because of the high unemployment and working conditions."

Tiburcio remembers returning as a traumatic experience: "It was the worst time of my life. I was back, feeling aimless, completely broke and unemployed. I didn't know what to do with my life." Her solution was to leave again: Now she's completing her PhD and working on a research project in Sao Paulo, Brazil. 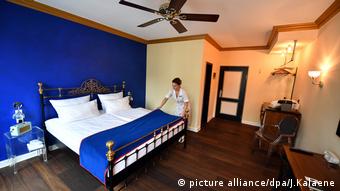 Even with a higher education, many migrants can only find menial work

For Ana Royo, it came as a shock that her experiences abroad counted little to prospective employers back in Spain. She had expected that she would be able to find a stable job. "Even if it were in hospitality, I thought they would value that, but it seems that they don't. They just want to pay as little as possible and don't care what you've done."

One of Volvemos' goals, says Raul Gil, is to promote the value of the skills that migrants acquire abroad.

"[Spanish companies] are starting to appreciate it," he says, acknowledging that there's still a long way to go to convince small and medium-sized firms.

"These people [returnees] know much more than the language. Cultural values and adaptability can't be learnt in the 'official language school,'" he says, citing cases of returnees who now work for German companies in Spain.

"They understand that if they're late to a meeting, they're as good as dead," says Gil.