In Catalonia, language and identity go hand in hand | Europe | News and current affairs from around the continent | DW | 21.10.2017

In Catalonia, language and identity go hand in hand

As the Spanish central government prepares to effectively take back control of Catalonia, schools and pupils have been bearing the brunt of the confrontation. Anna Gumbau reports from Barcelona. 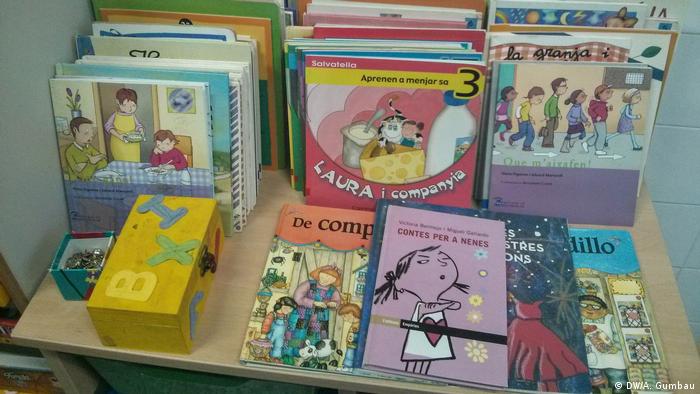 Language is a thorny issue in Catalonia. Because of its troubled history of repression and its strong link to Catalan identity and nationalism, it quickly becomes a subject of controversy and debate among the political forces in Catalonia.

Just this week, the Catalan language system and educational model were at the heart of the debate again. Alfonso Dastis, the Spanish minister of Foreign Affairs, had declared in a recent interview that, in Catalonia, "schools teach Catalan, English, French and German, but not Spanish."

Xavier Garcia Albiol, the leader of the Catalan branch of the People's Party, added more fuel to the fire after declaring that Catalan kids are "taught to hate Spain," and the Citizens party last week presented a motion aimed at "preventing the 'indoctrination' of Catalan pupils."

A process of 'language normalization'

"Immersion" is the key word to define the Catalan educational model. Since the start of their school life, pupils in Catalonia's public schools take subjects ranging from math, social sciences and visual arts to biology entirely in Catalan. The only exceptions are usually the Spanish language and foreign language classes. 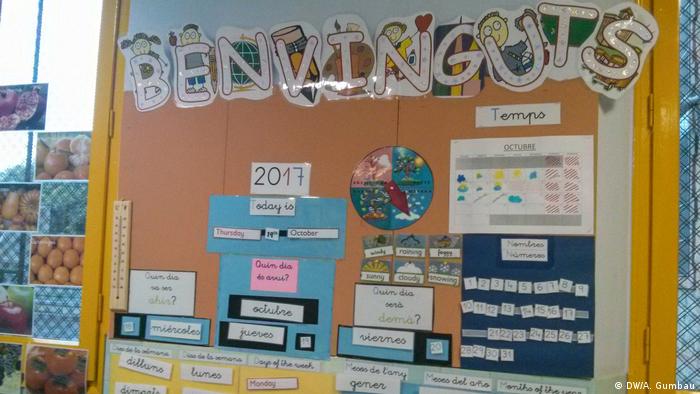 Signs and drawings at the school where Elisenda Busquets teaches are in Catalan, Spanish and English

"When I began teaching, soon after the [Franco] dictatorship ended, we would write the date on the blackboard both in Catalan and Spanish because we were obliged to," says Elisenda Busquets, a teacher. For nearly 40 years, the Catalan language was prohibited under the rule of dictator Francisco Franco. At that time, a large majority of people in Catalonia would either be monolingual Spanish speakers, or would learn and speak Catalan in the underground.

However, once the Spanish democratic transition started and Catalan institutions were restored, the regional government launched a process of "linguistic normalization" that brought Catalan back to schools, the media and public administration. In schools, a "full immersion" system was adopted to reboot its use, to avoid segregation according to the pupils' home languages and, ultimately, to pave the way to a bilingual society.

"Language has played a pivotal role in shaping a Catalan identity, compared to other movements that are based on ethnicity," Jordina Sala Branchadell, a lecturer in Spanish at the University of Exeter, told DW.

"However, an important part [of the Catalan identity] is not only the Catalan language," she added, "but the fact that they are perfectly bilingual in both Catalan and Spanish."

According to the Catalan Institute for Statistics, 36 percent of the population uses Catalan as their main language, but over 50 percent of them consider Spanish to be their native tongue. "Inside the classrooms, you would mainly hear Catalan," Dani Pardo, a secondary school teacher, said. "But in the corridors or the playground, the picture changes."

"In fact, schools are forced by the Catalan department of education to hold a certain amount of school hours in Spanish," Elisenda Busquets said.

Moreover, while over 80 percent of the population can speak Catalan, only around 60 percent feel comfortable writing it. The numbers are higher when it comes to Spanish: nine out of 10 Catalans are proficient in written and spoken Spanish. At the annual university entrance examinations, where all students in Spain take a Spanish language exam, Catalan students perform slightly above the country average.

Are language and schools 'politicized'?

As the native language is so rooted in Catalan identity, any criticism or attempt from the central government to meddle in the Catalan language immersion system leads to controversy and the "politicization" of the issue.

"When the linguistic normalization plan was launched in 1983, language became a political subject. It brought the language debate to the public sphere," says Jordina Sala Branchadell. "Politicization is not always a negative thing: [Catalonia] normalized its own language precisely because it was politicized," she added. 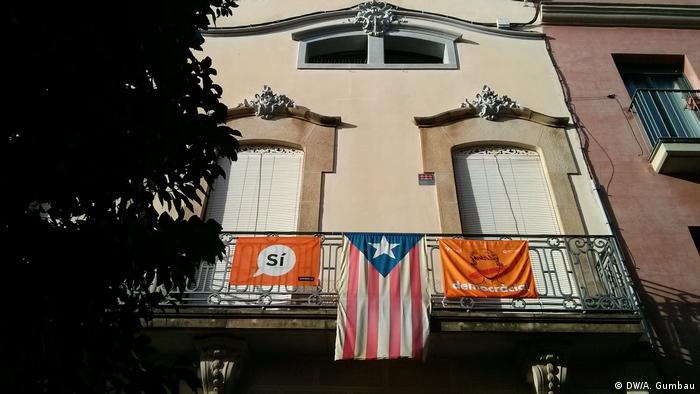 The start of the current school year "was not easy" in Catalonia, according to Dani Pardo. Teachers faced two big issues: the terror attacks in Barcelona in mid-August, and the October 1 referendum vote and the police repression that followed. "[Students] were particularly affected by the images of violence in the media." It also led to minor confrontations with children whose families support or reject independence, as well as with children whose parents work in either the Catalan or the Spanish police.

"As teachers, our policy was to leave our emotions and ideology at the school door, and to promote a message of peace and tolerance in the classrooms," said Busquets.

School collectives were quick to condemn the accusations from the People's Party and Citizens: "We are well aware of the diversity of pupils in our classrooms and would never try to indoctrinate them in any way," said Dani Pardo.

"I truly hope that peace will prevail and emotions will calm down soon," said Busquets.

With Madrid planning to trigger Article 155 of the Constitution, the education department could be among the first institutions to be controlled by the central government.