Bayer Leverkusen made heavy weather of a seemingly routine job at Paderborn, leaving it until the 73rd minute to score. Roger Schmidt's side are now back in fourth position on the Bundesliga table. 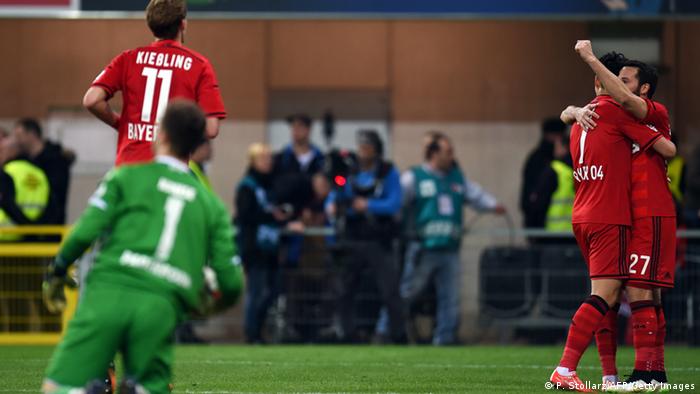 With less than a quarter of the match remaining it had looked like the only joy for Roger Schmidt's men would be the news that they will face Bayern Munich in the quarterfinals of the German Cup, after the draw was made during the half-time break.

Yet a dull encounter turned into a pleasing one for all those wearing red-tinted spectacles, as Kyriakos Papadopolous headed home from close range on 73 minutes. The second goal came courtesy of Son Heung-Min, who was on the end of the second assist for the impressive Gonzalo Castro, before the South Korean netted again in stoppage time.

After a dull first 73 minutes, Papadopolous - who is on loan from Schalke until the end of the season - headed past Lukas Kruse to break the resistance of relegation-threatened Paderborn. There was a hint of irony that with Hakan Calhanoglu ruled out with an injury and taking his spot in the stands for this match, Leverkusen's match-winner would arrive via a set-piece.

For the best part of 70 minutes, that appeared to be Leverkusen's best route to goal. Paderborn, still the side that occupies the relegation play-off position, enjoyed their fair share of penalty-box situations with Stefan Kutschke determined to add to his only league goal of this season - but the longest phases of the match went without serious scoring situations. 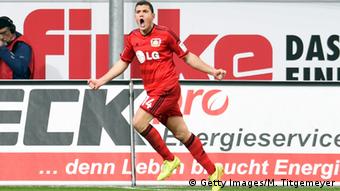 Having started the game with a two-man strike force in the absence of Calhanoglu, Roger Schmidt's decision to withdraw Josip Drmic later in the game had a defining impact on the rest of the clash. With Julian Brandt, Leverkusen was exponentially more mobile and able to pick up many of the second-balls.

Leverkusen's travelling supporters could breathe a huge sigh of relief when Castro clipped a free-kick into the box for Papadopolous, who headed past Lukas Kruse.

Six minutes from the end, Paderborn's committed style was exposed on the counter-attack as substitute Brandt picked out Castro, who teed up Son for his first of the game.

The 22-year-old would bag his brace in stoppage time, when Paderborn over-committed to attack leaving Son with acres of space to roll the ball into the corner of the net.

Cologne won at home for only the second time this season on Sunday as the Frankfurt defense served up a series of second-half gifts for their rivals, to delight another 50,000 crowd at the RheinEnergieStadion. (08.03.2015)