Langya henipavirus: On a scary list of emerging zoonoses 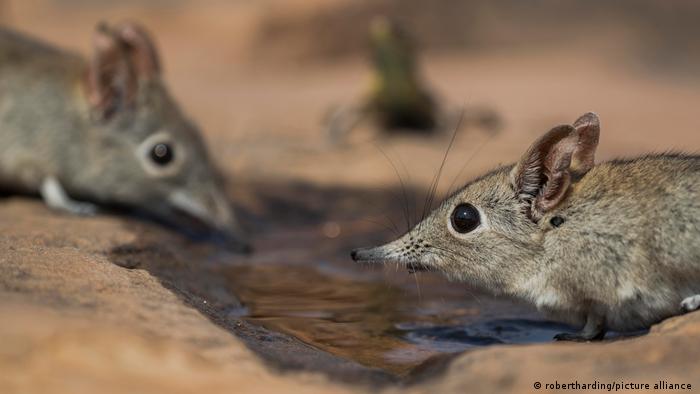 Researchers think the new virus could be spread by the shrew, a small, rat-like mammal

Since the start of the coronavirus pandemic, people have been on high alert over viruses passed from animals to humans.

And it's for good reason: Instances of zoonotic viruses are increasing. In early August, researchers at the Beijing Institute of Microbiology and Epidemiology released a study in the New England Journal of Medicine identifying a new "henipavirus" that had been detected in 35 patients between 2018 and 2021.

Researchers say the illness, which they have named "Langya henipavirus," was likely passed to humans via the shrew, a mouselike mammal.

The shrew is what scientists call, in this case, the reservoir host — the main species carrying the virus.

Patients reported fever, fatigue and cough, as well as anorexia, myalgia and nausea.

In the the two-page study, the researchers say they observed no sign of human-to-human transmission, which means, that, as far as we know now, the only people at real risk are those who have frequent and direct contact with shrews.

Almost all of the patients infected were farmers in the Shandong and Henan provinces of China.

"The threat is not great unless you are in contact with the reservoir host, or with an intermediate animal host that is in touch with them," James Wood, the head of the department of veterinary medicine at the University of Cambridge, told DW.

"However, the virus is closely related to others that have a high case fatality in humans, and so general concern and care is warranted," Wood said.

Although many zoonotic diseases cause mild infections, some are more severe.

Most of the world's large-scale outbreaks, such as the coronavirus, Ebola, MERS and the Zika virus, have been caused by the spread of zoonotic viruses.

But the noted lack of human-to-human transmission with Langya henipavirus means that it may not pose that sort of risk.

Researchers tested close contacts of nine of the patients in China, and all were negative for Langya henipavirus.

Do henipaviruses spread from person to person?

None of the individual cases in the recent study were connected in a way that would imply they had infected each other.

The study's authors noted, however, that nine patients is too small a sample to completely rule out the possibility of human transmission.

If person-to-person transmission were observed, it would be "very worrying," said Jimmy Whitworth, an international public health expert at the London School of Hygiene and Tropical Medicine.

That's because Langya henipavirus is genetically similar another henipavirus — the deadly Mojiang henipavirus, which was discovered in 2012 in China.

The mysterious deaths of miners in Mojiang

They found that three of the rats tested positive for a virus genetically similar to others in the henipavirus family but different enough to be classified as its own virus — and they called it the Mojiang henipavirus after the county where the miners had lived.

Both the Mojiang and Langya viruses are part of the henipavirus family, which includes the deadly Nipah and Hendra viruses.

The Nipah virus, observed in wildlife in China, can be spread by humans. The Hendra virus has historically been observed in Australian wildlife and cannot be spread from person to person. 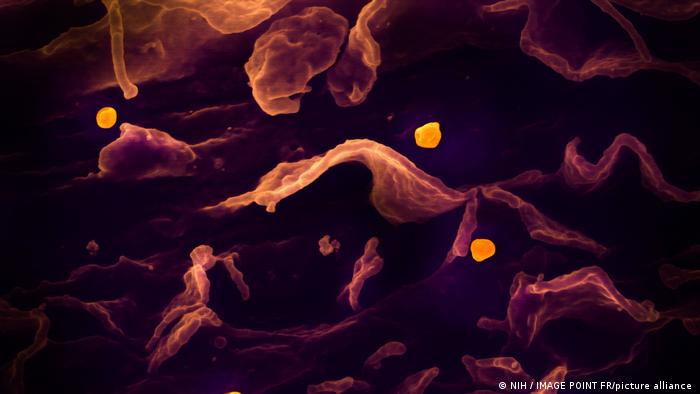 Langya is part of the same family as the Nipah virus, which is deadly and can be spread from person to person

As ever, more research is needed

Nikolaos Vasilakis, an emerging infectious disease expert at the University of Texas, said the lack of human-to-human transmission and the sporadic nature of the cases imply that there is probably little threat to the general public.

Vasilakisn said the data set was very small, however, and that more research and surveillance are needed.

"If the sample size increases, perhaps the outcomes that were reported here may not be representative. We don't know. It is very hard to assess a limited number of samples without knowing the true extent of the impact and presence in the human population," Vasilakis said.

Other experts in the study of zoonotic diseases agree, including James Roth, the director of Iowa State University's center for food security and public health.

"I'll follow this with interest because it's in the henipavirus family, which is a really scary family," Roth said. "They have a lot of potential in various species and it could jump into other species, including humans. So far, there's no evidence of that and hopefully it will stay that way."

When viruses infect different species, they adapt to them. Although the paper shows evidence that the virus was largely found in shrews, Langya was also found in some dogs and goats.

Roth said the concern now was that some of the adaptations gleaned from infection of other species could allow the virus to adapt to humans. He said it was possible that the virus could develop a mutation that would allow it to spread between humans.

This could happen if the virus changed its attachment protein, for example, which is the protein the virus uses to attach to a cell in a body to infect it.

"It's something that the scientists are going to have to keep their eye on. It's not certain it will do that, but it's a possibility," Roth said.

How to interpret the data so far

With the coronavirus and monkeypox circulating, you may be wondering how to interpret reports of this nature: How do you calculate your own personal risk? And, if so many zoonotic viruses exist, what makes this one special?

What makes Langya henipavirus worth reporting is the fact that it is new.

"Anytime that any of these emerging viruses are detected in the human population, it's a matter of concern," Vasilakis said. "Not all of them will rise to pandemic proportions. But the initial detection should always be taken with adequate caution and warning."

And then scientists, health professionals, politicians and society can all decide what steps to take next.

What are zoonotic diseases?