Monkeypox in kids is rare but infections can be serious | Science | In-depth reporting on science and technology | DW | 16.08.2022

Monkeypox in kids is rare but infections can be serious 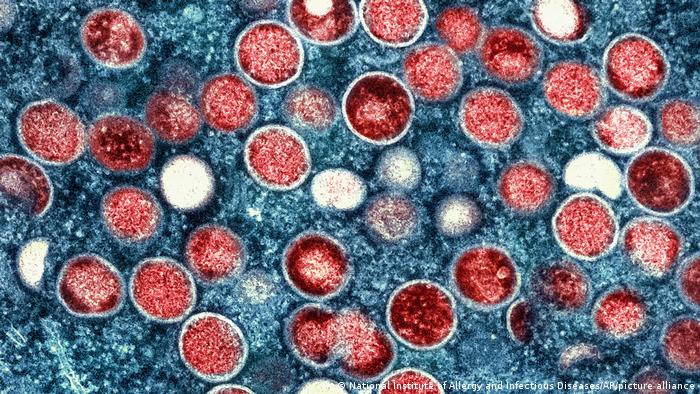 The news out of Germany was shocking: The country's health authority, the Robert Koch Institute, reported Germany's first case of monkeypoxin a child in early August. A 4-year-old girl living in a household with two infected adults in the southwestern state of Baden-Württemberg had tested positive but showed no symptoms of the disease.

On Monday, however, the state's health ministry told DW that further tests "ruled out the possibility of monkeypox infection in the child."

The girl had been tested because a close family contact had contracted monkeypox. The initial test of her throat-swab came back positive. But when that probe and two additional ones were examined in a monkeypox-specific PCR test at Baden-Württemberg's state health office, the results revealed that the 4-year-old did not actually have monkeypox.

Countries like the US, France, the Netherlands and Spain have reported cases of the disease in children.

Globally, there had been 103 cases in children aged 17 and younger, according to the World Health Organization (WHO). Of those, 26 cases were reported in children aged 0 to 4. The total number of monkeypox patients whose age was known stood at 19,591 as of August 12.

Overall, more than 34,000 cases of monkeypox have been reported from across the world so far.

There is little evidence from countries where monkeypox is non-endemic to understand how the virus could affect kids.

During a 2003 monkeypox outbreak in the US (which officials think could have been caused by human contact with prairie dogs), 28 people were reported to have been infected and only two experienced serious clinical illness — both were children. They recovered.

Aside from that, information about pediatric cases is sparse outside Africa, where monkeypox is endemic in at least eight countries. But studying how the illness affects kids in Africa can offer some potential insight.

Between 2001 and 2021, monkeypox death rates in the Central African Republic were higher in children than in adults: 9.6% of kids versus 5.2% of adults died, according to Paul Hunter, a professor of health protection at the Norwich Medical School in the UK. This information was shared at a WHO conference.

And during a 1985 outbreak in Zaire, death rates were highest among children aged four and under, at a rate of 14.9%, followed by 6.5% in kids aged 5-9 years, according to a study published in The Journal of Infectious Diseases. There were no deaths in kids aged 10 years and up.

"Children, especially children under 5, remain at higher risk of severe disease," said Hunter. "But we are seeing a much lower overall mortality in the current pandemic and I suspect a significant part of that is down to better access to health care."

Overall, Hunter said that although the risk of severe disease and death in very young children is indeed greater than in healthy adults, it will still be "quite a bit lower than we have seen in Africa in recent years." 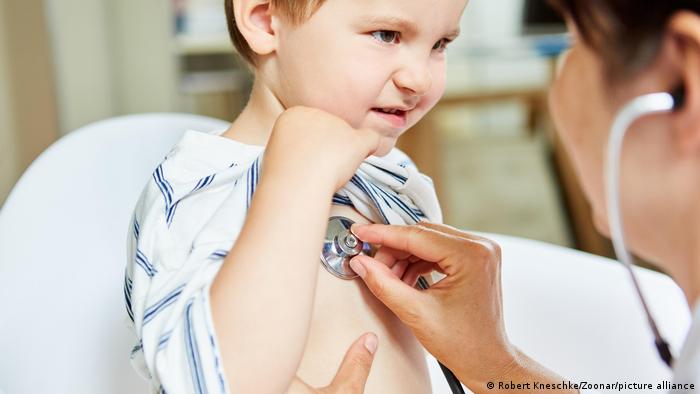 In late June 2022, researchers in the Netherlands were made aware of a monkeypox case in a 10-year-old boy.

The boy's illness was especially interesting given the fact that over the course of the global outbreak, which started in May, it hadn't been clear to researchers exactly how the virus spreads.

Although the overwhelming majority (over 98%) of reported cases are among men who have sex with men, research hasn't indicated that the virus is spread exclusively through semen or sexual contact.

Rather, most investigations have concluded that it is spread through very close contact with the lesions that monkeypox causes, or other bodily fluids from an infected person.

Investigators first confirmed that the boy had not experienced sexual abuse — as sexual contact is a means of transmitting monkeypox — and then tested the rest of the boy's family members for the virus.

All were negative, not only for the virus itself but also in serological testing, which would have shown whether the boy's case had been caused by a recent infection or a vaccination in another family member.

The researchers remained unable to figure out where, or how, the child had gotten infected.

According to study author Matthijs Welkers, the boy's infection was very mild. The boy developed around 20 of the virus's trademark "pocks" on his body.

"During his isolation period at home, he mainly was bored and really wanted to go back to school," Welks told DW. "After the three weeks [of isolation], the scabs of the lesions fell off and he [went] back to school."

A monkeypox vaccine for school kids and teachers

Now, with the start of a new school year rapidly approaching in many countries, some people are asking whether special precautions should be taken to protect kids and teachers, where kids learn and play in close contact all day.

There is good reason for it. Health department officials in the US state of Illinois reported a potential exposure to monkeypox in a daycare, where a teacher had tested positive in early August. None of the children had tested positive for the virus at time of writing, but American health officials are offering them the Jynneos vaccine — also known as the Imvanex vaccine as a precaution. 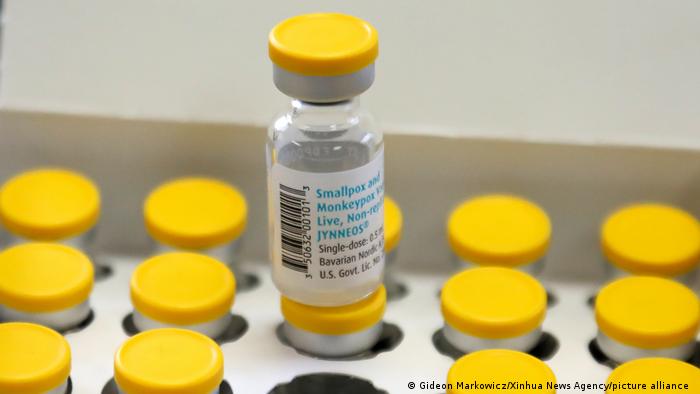 Jynneos/Imvanex is the only vaccine approved to specifically treat monkeypox, although some countries are also using older vaccines designed to prevent smallpox.

And we can all use basic hygiene ideas, as we have during the COVID pandemic.

Health experts stress that people should wash their hands frequently — if you touch a contaminated surface, the virus can infect you if you touch your mouth, eyes or nose. And you should avoid extended skin-to-skin contact with people who suspect they could have been exposed to, or are confirmed to have, monkeypox.

Research doesn't show any evidence of airborne transmission of monkeypox, and surface transmission — although potentially possible — is less likely than transmission through skin-to-skin contact or contact with saliva, such as through kissing, for example.

So, bear that in mind and watch out for the symptoms:

The WHO says typical monkeypox symptoms include fever, rash and swollen lymph nodes. The rash, or "pocks", typically show up one to three days after the initial symptoms.

Editors' note: This article was updated on August 16, 2022, to reflect the news from Germany that a child believed to have monkeypox did not actually have the disease, and to add the most recent monkeypox statistics from the WHO.