Mukesh Ambani, an Indian billionaire, has purchased the world's oldest toy store from its Chinese owners. Ambani has rapidly expanded his core business from oil and gas into telecommunications and retail. 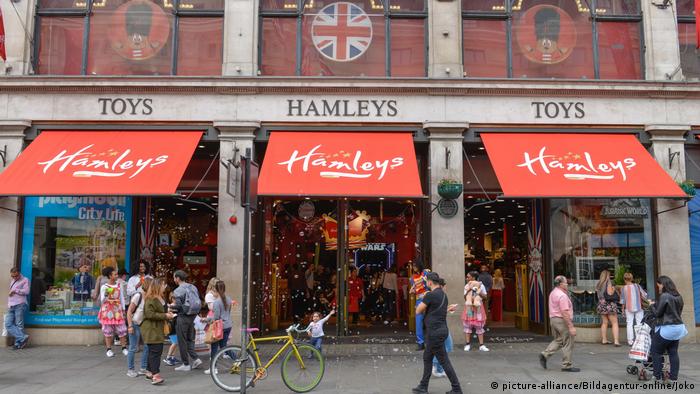 It has been reported that Reliance acquired the 259-year-old brand from the Hong Kong-listed conglomerate C. Banner for $88 million (€78 million). The price is significantly less than the $130 million that C.Banner paid when it acquired Hamleys from France's Groupe Ludendo in 2015.

From oil to luxury goods

Since making his fortune with Reliance Industries, an oil and gas giant, Ambani has broadly expanded his business portfolio, branching into telecommunications, cable television, technologies, and retail.

Battle of the retail titans

According to Forbes, Ambani has a net worth of $50 billion. Reliant Industries has a market value of $93 billion. Ambani, who is in a fierce battle for domination of the Indian market with Amazon and Walmart, hopes that the retail segment will contribute as much to his bottom line as his core businesses by 2028.

Hamleys, which was founded by William Hamley in 1760, is the world's oldest toy store. Famous for its flagship store on London's Regent Street — which attracts some five million visitors each year — Hamleys has expanded its global footprint since the mid-2000s.

Ambani had previously licensed all 88 Hamleys stores in India, but with Thursday's purchase he now owns all of the company's 167 stores in 18 countries around the world.