Beyonce and Hillary Clinton made appearances at the wedding of billionaire couple Isha Ambani and Anand Piramal. The wedding may have been one of the most expensive ever. 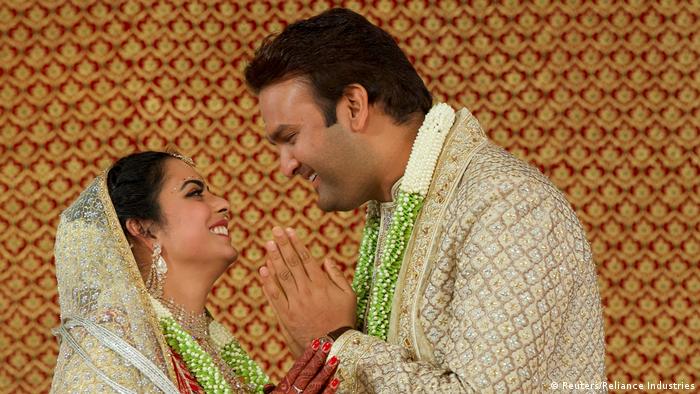 The celebrations had started back in September with an engagement party at a lakeside Italian palace, followed by pre-wedding parties in the Indian desert. Hillary Clinton was seen dancing with Shah Rukh Khan, one of India's biggest movie stars.

The father of the 27-year-old bride is the head of the Reliance conglomerate. Forbes estimated his net worth at $43 billion (€37.8 billion). The company's businesses range from petroleum and chemicals to mobile phones.

The 33-year-old bridegroom is heir to the real estate and pharmaceutical business developed by his father, who is thought to be worth $10 billion. 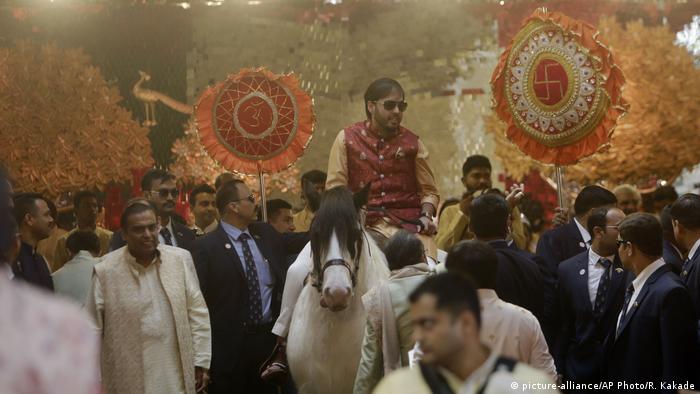 The wedding ceremony itself took place in Mumbai with Hindu rituals, before the wedding party kicked off at Ambani's Mumbai residence, Antilia. The 27-storey building is one of the most expensive homes in the world and was covered in red roses and decorated with lights and flowers for the occasion.

Piramal made his way to Antilia in a classic Rolls Royce, with marching bands playing in the wedding parade.

There were 600 family members, friends and close associates at the wedding, quite modest in comparison to some other Indian weddings.

The street outside the house of the father of the bride, Reliance Industries Chairman Mukesh Ambani, was lit-up for the occasion

Indian weddings are known for being elaborate affairs. Many families take out loans to organize events with hundreds of thousands of guests and professional musical performances.

In 2004 a daughter of Indian steel baron Lakshmi Mittal held her engagement party at the palace of Versailles in France.

Guests are often flown in on private jets and celebrities are paid large fees for brief appearances.

Wall collapse kills many at wedding in India

A surprise thunderstorm has knocked over a concrete wall onto scores of wedding guests in west India, killing at least 26 people. Police are investigating a manager of the venue for possible negligence. (11.05.2017)