An Indian lawmaker is seeking to impose a tax on opulent weddings, in the hope that it would ease social pressure on poor families to hold such extravagant events. DW spoke to the MP about the reasons behind her move. 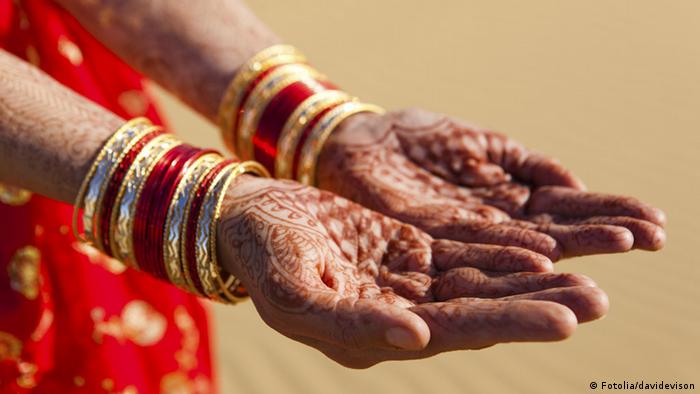 Big fat Indian weddings are getting even bigger and fatter. Many weddings in India have turned into mega events played out over several days with all the razzmatazz of elaborate props, different cuisines, hiring helicopters, five-star hotel parties and even roping in film stars.

They have become more extravagant and lavish in recent years as the newly rich look to show off their wealth and India's booming upper middle classes are inspired to create their own displays of wealth.

According to wedding planners, there are over 12 million weddings in the South Asian nation every year estimated to cost over $25 billion and growing at 30 percent annually. In short, it is an obscene display of wealth.

But this disturbing trend of unbridled consumerism and materialistic aspirations sweeping across the country could change if a lawmaker’s ambitious bill introduced in parliament is made law.

Congress MP Ranjeet Ranjan has introduced a new bill in parliament called the Marriages (Compulsory Registration and Prevention of Wasteful Expenditure) Bill 2016, which proposes that those who spend more than 500,000 rupees (around 7,000 euros, $7,500) on their wedding should donate 10 percent of the money to a government fund.

Furthermore, the proposed bill also puts a cap on the number of guests. The bill is set to be taken up for discussion by parliament next week. 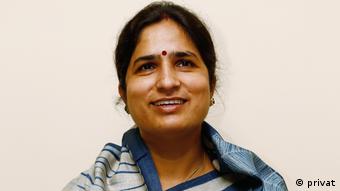 Ranjan: 'A person in India spends one fifth of the wealth accumulated in a lifetime on a wedding ceremony, sometimes pledging their land as collateral'

In an interview with DW, Ranjeet Ranjan explains her motivation for drafting the bill and why it is necessary.

DW: What were the prime considerations for you to propose a bill like this?

Ranjeet Ranjan: The basic idea was to contain the extravagant expense of Indian weddings. Young couples in India, even the lower middle class, have begun to idolize these grand weddings and that is worrisome. The unfortunate part is that it has become almost a status symbol and the young are being swayed to make their weddings luxurious. A person in India spends one fifth of the wealth accumulated in a lifetime on a wedding ceremony, sometimes pledging their land as collateral. And some rich families spend a lot of unaccounted money in such functions. So that is why I decided to introduce this bill.

What are the important features of the bill that has been introduced in parliament?

A unique "grandmothers' school" in Maharashtra, western India, teaches older women to read and write for the first time. But the initiative also highlights the odds that women's education is up against in the country. (22.02.2017)

Despite India stiffening its laws on sexual crimes, nothing much has changed on the ground. A rash of sexual assaults recently once again sparked intense discussion about attitudes towards women. Murali Krishnan reports. (21.02.2017)

Brave Indian girls and their mission against human trafficking

Two Indian school girls have received national bravery awards for helping police uncover and arrest a group of cross-border human traffickers. DW spoke to the two girls about the motivation behind their mission. (23.01.2017)

If any family intends to spend more than 500,000 rupees on a wedding, they shall declare the amount proposed to be spent in advance to the appropriate authorities and contribute 10 percent of the amount to a welfare fund that shall be established. The proceeds will go to assisting the poor and families living below the poverty line for the marriage of their daughters.

According to the bill, the government may also fix a limit to the number of guests attending a wedding and restrict the amount of dishes to be served at the event. It is intended to prevent the wastage of food items.

But people who have money are likely to want to showcase their children's weddings. So isn't there strong opposition to your initiative?

Is it not hypocritical to allow such lavish weddings to take place when many people are struggling to get two square meals a day and millions are going hungry in this country?

Even when many ordinary citizens struggled to get their hands on cash after the government abruptly announced its demonetization drive at the end of last year, we saw a mining baron and former minister, Janardhana Reddy, spend 500 crore rupees (about 71 million euros) on his daughter's wedding. The clothes for the bride alone cost millions.

This show of wealth has to stop now. The government has opened many accounts for women's education and health. Why can't we open an account for their weddings?

If the bill is approved and becomes law, will the measures succeed in changing people's attitudes towards spending on weddings?

The government of Jammu and Kashmir has already banned big fat weddings in the state by limiting the number of guests to be invited and number of dishes to be cooked at marriage functions from April 1.

The number of guests to be invited for the marriage of daughter (barat) and marriage of son should be restricted to a maximum of 500 and 400 people respectively. Only 100 people should be invited to attend like engagements and other small functions. So why can't it happen in the rest of the country?

In Pakistan, one can serve only four dishes to the guests and wastage of dishes is treated as criminal offense. The number of guests, too, is restricted.

Do you think this bill will find favor among other lawmakers in parliament as many MPs are known to hold extravagant weddings for their wards?

Lawmakers should set the example to curb excessive wedding expenses in India. The government needs to introduce legislation to curb extravagance of this nature.

Ranjeet Ranjan is an Indian politician from the eastern state of Bihar and currently serving as a member of parliament in New Delhi.

The interview was conducted by Murali Krishnan from New Delhi.

India: It's never too late to learn to read