Although dowry has long been outlawed in India, the age-old custom persists. The latest statistics reveal that, on average, one woman dies every hour in a dowry-related dispute. And the perpetrators often go unpunished. 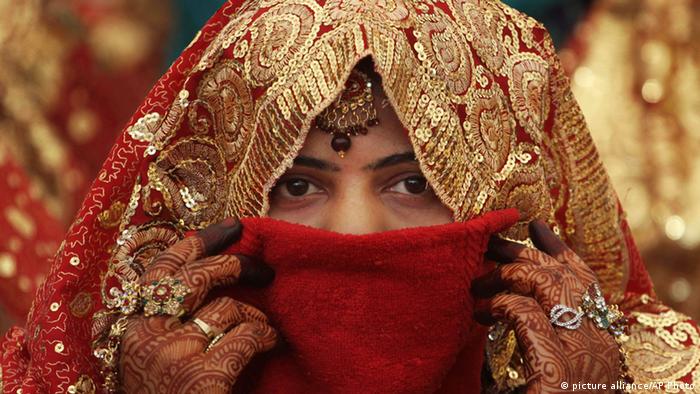 For centuries, Indian tradition required a bride's family to provide her with gold, jewelry or other items of value. This "dowry" was designed as a means to entitle the future wife to be a full member of the husband's family, enabling her to enter the marriage with her own financial resources and economic security in the case of an emergency.

But, according to experts, the old custom was transformed during the British rule. In her book, "Dowry Murder: The Imperial Origins of a Cultural Crime," Veena Talwar Oldenburg, a history professor at Baruch College in New York, writes that in the pre-colonial period, dowry was an institution managed by women, for women, to enable them to establish their status in society.

However, "as a consequence of the massive economic and societal upheaval brought on by the British Raj, women's entitlements to the precious resources obtained from the land were erased and their control of the system diminished, ultimately resulting in a devaluing of their very lives."

Over the years, the tradition changed from a financial security for the bride into a payment to the groom's family as a help to cover marriage expenses, often putting great financial burden on the bride's parents. Nowadays, the dowry has increasingly come to be regarded as a sort of income for the husband's family. 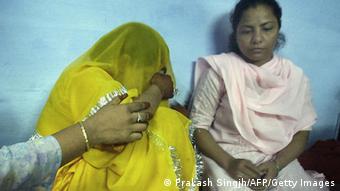 The custom has been blamed for thousands of women being deserted, beaten, harassed, or even burned to death

As a result, the custom has long been blamed for Indian families preferring to have boys and thousands of women being deserted, beaten, harassed or even burned to death every year over dowry payment disputes.

This is why in 1961, the Indian parliament passed the Dowry Prohibition Act, outlawing the practice of dowry as a condition for marriage. However, despite a rapidly expanding middle-class and the ever-increasing role of women, dowries continue to be offered and accepted in the South Asian nation.

Suman Nalwa, a senior New Delhi police officer dealing with crimes against women, was quoted by the Associated Press as saying dowry practices extended to all classes in society. "Even highly educated people don't say no to dowry," she said.

The 'devaluation' of women

Women's rights activists such as Ranjana Kumari told DW dowry was originally meant to support new couples beginning their married life. However, she added, strong patriarchal values, the devaluation of women, and growing poverty had led to the prevalence of dowry violence across the country.

"Traditional beliefs remain strong and there is a common perception that women become the property of their husbands after marriage and that they are an economic burden so the practice of dowry remains endemic," said Kumari. Violence generally occurs if the husband or his family is unhappy with the dowry they have received, or if the family of the bride does not comply with further payment requests, she explained.

According to the latest figures issued by India's National Crime Records Bureau (NCRB), dowry-related crimes have been on the rise over the past years. While 6,851 dowry deaths were reported in the country in 2001, that number had risen to 7,618 in 2006 and reached 8,233 in 2012. The conviction rate in these cases, however, remained at only 32 percent.

One woman dies every hour in India because of dowry-related disputes. Rights activist Ranjana Kumari explains these crimes are the result of growing poverty, greed and the devaluation of women in Indian society. (10.09.2013)

Four adult suspects on trial over a fatal gang rape last December in New Delhi have been found guilty on all counts, and now face the death penalty. The verdict is regarded as a possible deterrent for potential rapists. (10.09.2013)

One suicide every four hours

There are two main reasons as to why so few perpetrators are convicted, according to Kumari. "The first is the poor quality of police investigations which can be due to limited law enforcement training as well as a lack of resources."

The second, she says, is corruption within the police force: "Many police officers accept bribes from families of the accused and then refuse to take cases forward," Kumari told DW, adding that even in cases where the husband or family members are charged, conviction rates are extremely low.

Savita Pande, a professor for South Asian Studies at the Jawaharlal Nehru University in New Delhi, said that victims and their families have become reluctant to lodge complaints: "Trials costs time and money and may not always be affordable, especially for victims from middle and lower classes."

Moreover, she added, the stigma attached to the often lengthy legal proceedings reduces chances of reconciliation, leading to many of the disputes being settled outside the courtroom. But the expert also pointed out that the quarrels had reached such levels that, according to NCRB fugures, "on average, one Indian woman commits suicide every four hours over a dowry dispute notwithstanding existence of laws for their empowerment."

'A growing culture of greed'

Pande is of the opinion that India's economic success is a contributing factor to the ever-higher demands being made. "Weddings are increasingly becoming business transactions. The rise in living standards has led to a growing culture of greed. Now the demands have gone up to expensive gadgets, cars or flats, when earlier they were related to clothes, jewelry and other less expensive commodities," she told DW.

This view is also shared by Kumari, who is also the director of the New Delhi-based Centre for Social Research. "Families are requesting higher and higher dowry prices and in many cases the brides' family is unable to comply with these requests."

According to Mangai Natarajan, professor of criminal justice at The City University of New York, most state governments are making efforts to deal with dowry-related crimes. For example, the Tamil Nadu state government introduced in 1992 so-called All Women Police Units to respond to such cases and other crimes against women. There are now some 200 such police stations in the southern state alone, she said.

But most experts agree that the latest NCRB numbers indicate that India has a long way to go in fighting crimes against women. "The existence of laws is well in place, but the awareness to respect women, treat them as equals and give them their due place in society, has to come from the basic unit of society: the family," Pande said, adding that people should refuse to give dowries because it is "morally wrong and completely unjustified."

Natarajan argues that improved grassroots level initiatives in both urban and rural settings aimed at raising the value and status of women in the society would help. "Education for emancipation and empowerment should remain the main focus for improving the social condition of women in India, she said, adding that state governments also should take more responsibility for providing a safe environment for girls and women outside their homes. 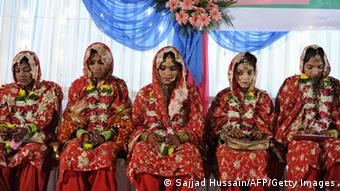 Kumari: 'It will take at least a generation to change attitudes towards women'

But the experts also pointed out that there is no short-term solution for preventing this sort of crimes. "It will take at least a generation to change the social attitude towards women," said Kumari.

"In a country where you can kill a daughter-in-law in want of a scooter, a car or money, you won't see a change in a generation," she said.

"Without strong efforts from the government to reform certain cultural traditions and improve attitudes towards women the issue of dowry-related violence will continue almost unabated," the rights activist added.