Kuwaiti authorities have captured 12 convicted terrorists with alleged ties to Iran and Lebanese Shiite group Hezbollah. Shiites accuse the country's Sunni rulers of politically and legally discriminating against them. 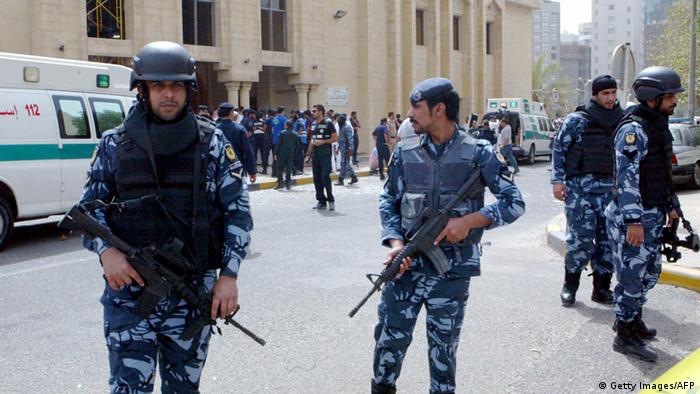 Officials said Saturday the convicts were captured after a weeks-long manhunt. They had been on the run since their sentencing last month, and were seized in different parts across the Gulf state. Four men remain at large.

In June, Kuwait's Supreme Court overturned an acquittal by an appeals court and convicted 21 Shiite Muslims of forming an Iran and Hezbollah-backed "terrorist cell."

The apex court ruling said they were planning attacks across the Gulf state. Kuwaiti authorities also protested to Lebanon over the alleged Hezbollah training of the members of the so-called "Abdali Cell."

"The interior ministry announces that security services have arrested in different regions 12 people sentenced in the so-called Abdali cell," a statement from the ministry said.

Shiites, who make up around one-third of Kuwait's 1.3 million citizens, accuse their Sunni rulers of denying their rights and unleashing a crackdown on them in the name of security.

- In Qatar, Tillerson calls for resolution to Gulf dispute

The security situation in Kuwait has deteriorated since 2015. Kuwait, which has close proximity with two regional powers and arch-foes - Saudi Arabia and Iran - is also experiencing turbulence due to the volatile situation in its northern neighbor, Iraq, where the government is battling against the militant "Islamic State" (IS) group.