Kuwait's action comes in response to Iran and Hezbollah allegedly running a spy cell in the country. Unlike some Gulf Arab states, Kuwait has relatively good relations with Iran. 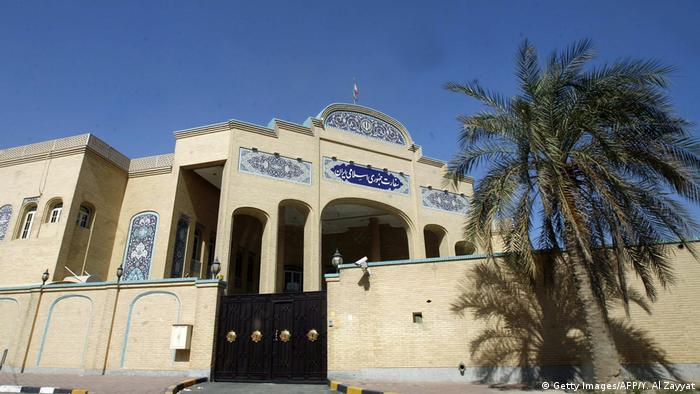 Kuwait on Thursday expelled Iranian diplomats and closed missions tied to Iran's embassy after the emirate's supreme court last month found ties between a spy ring and the Islamic Republic.

In 2015, Kuwaiti authorities broke up the so-called "Abdali cell" linked to Iran's Revolutionary Guards and its Lebanese Shiite militia ally Hezbollah after a raid found a cache of weapons and explosives.

Twenty-one men – all Kuwaiti nationals except one Iranian – were convicted last year on various charges of spying and planning terror attacks, but were then acquitted on appeal by a lower court and set free.

The Supreme Court last month overturned the acquittal and sentenced the men, 14 of whom are believed to have since fled, to between five and 15 years in prison.

Kuwait's foreign ministry said in a statement the decision was taken after the Supreme Court found last month that "Iranian sides helped and supported the cell members."

"The government of the state of Kuwait decided to take actions in accordance with diplomatic norms and in abidance with the Vienna conventions with regards to its relationship with the Islamic Republic of Iran," acting Information Minister Sheikh Mohammad al-Mubarak al-Sabah said in a separate statement.

The tensions with Shiite Iran comes as Kuwait is trying to mediate a widening row between Qatar and Saudi Arabia, United Arab Emirates, Bahrain and Egypt.

Kuwait, with a population that is about one-third Shiite, has relatively good relations with Iran, unlike the Sunni Arab kingdoms of Saudi Arabia, United Arab Emirates and Bahrain.

In February, Iranian President Hassan Rouhani visited the emirate shortly after the two countries opened up dialogue to improve relations in the Persian Gulf region.

Saudi Arabia has yet to present a single reasonable argument in its row with Qatar, says Kersten Knipp. Serious power interests are at stake – as is, above all, the political culture of the whole region. (16.07.2017)

In an exclusive interview with Deutsche Welle at the end of the G20 summit in Hamburg, Saudi Arabia's Foreign Minister Adel bin Ahmed al-Jubeir repeated Riyadh's accusations against Qatar. The boycott is to continue. (09.07.2017)