Opinion: Autocracy versus pluralism in the Qatar crisis | Middle East| News and analysis of events in the Arab world | DW | 16.07.2017

Saudi Arabia has yet to present a single reasonable argument in its row with Qatar, says Kersten Knipp. Serious power interests are at stake – as is, above all, the political culture of the whole region. 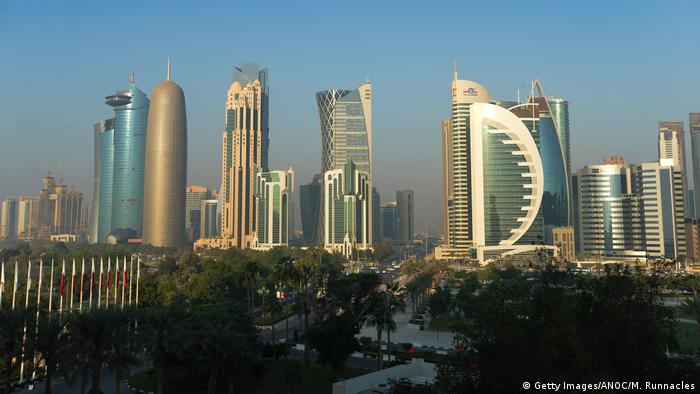 It's a long way from Saudi Arabia to Europe, which sometimes makes you wonder whether information has been sent this way and somehow failed to arrive – for example, with the heavy-handed approach Saudi Arabia and its partners are taking towards Qatar. Is it possible that all rational explanations for this political course of action have vanished somewhere on the long road to Europe?

If only this were the case. Unfortunately, it's not. Wherever you search for them – in newspapers, including the Arabic-language press, on television or in conversations with colleagues from the region – no one can cite any sensible, comprehensible reasons for the blockade of the country and the accusations that have accompanied it.

In a glass house

Take the accusation that Qatar is supporting terrorism. This is absurd, given that it is being made by representatives of a country deemed to be one of the biggest – if not the biggest – sponsor of fundamentalist movements. While this does not refer to the government itself, there are several foundations active in Saudi Arabia that are reportedly promoting the kingdom's conservative – some would say reactionary – state religion of Wahhabism around the world. Indonesia and the Balkans are among the regions that have recently experienced the effects of this ideology.

As long as these funds keep on flowing, and as long as a religious fundamentalism that poisons people's hearts and minds is still being disseminated, Saudi Arabia should refrain from making accusations like these.

Almost more disgraceful is the demand for Al-Jazeera and other media supported by Qatari financiers to be shut down. You don't have to like Al-Jazeera. By having Yusuf al-Qaradawi on its Arabic program, for example, the broadcaster is giving a media platform to a talkshow host whose ideological mindset is, to put it mildly, not above reproach.

But Al-Jazeera has other voices as part of its programming, too. It also presents other positions that are very far from the questionable pronouncements of bearded clerics. Its program is pluralistic and, above all, far removed from the Wahhabi voices, fierce men with their fatwas, and pious aphorisms coming out of Saudi Arabia.

Qatar is certainly not a human rights paradise, as is demonstrated by the emirate's treatment of its guest workers, the majority of whom are Asian. As elsewhere in the Gulf region, this treatment is shameful.

Nonetheless, some of the media outlets that Qatar finances, such as the relatively young newspaper Al araby al-jadeed, are a boon for the Arabic media landscape. Here, you can read voices you can follow; they present clear and comprehensible arguments, they develop and outline positions. You don't have to espouse them, but you can understand the content.

Respect for the audience

They demonstrate what should be self-evident in any medium: respect for the audience and for citizens' intellectual abilities. These voices, progressive in the best sense, are found in abundance in Al araby al-jadeed. And we must assume that, for precisely this reason, they don't go down well in political circles in Riyadh. Those who, in their own publications, write primarily about the blessings of faith in order to prevent readers from getting the stupid idea of forming their own opinion, cannot take much pleasure in newspapers that rely on the power of argument.

And this is why the conflict between Saudi Arabia and Qatar is far more than a neighborhood dispute on the Arabian peninsula. It concerns the fundamental principles of political culture, and therefore, ultimately, the political future of the region.

Do we continue to bet on the dominance of cynical autocrats, or on the power of a – one day – pluralistic, open Arabia? This is what is ultimately at stake in the Gulf confrontation. It should be obvious to European countries, not least in view of foreseeable migration flows, which side they should support.

Have something to say? Please leave a comment below. The thread closes automatically after 24 hours.

German Foreign Minister Sigmar Gabriel says he sees the issue of terrorism sponsorship as key to the Qatar crisis. He also called on the Gulf Cooperation Council, of which Qatar is a member, to remain united. (03.07.2017)

US to review Afghan peace deal with Taliban