Low-skilled migrant women in Qatar are being imprisoned for being pregnant outside of wedlock because of "zina" laws that criminalize sex outside of a legal marriage. Ana P. Santos reports from Doha. 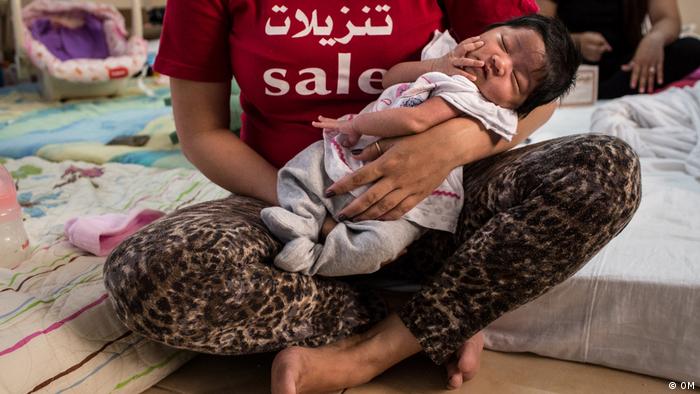 Ann's baby was delivered in a splash of water, blood and sweat in the third floor bathroom of her employer's home.

Until that moment, Ann's employer had not known that she was pregnant. She attributed her weight gain to simple overeating and hid her bulging belly under loose clothes.

"I couldn't bring myself up to tell my boss that I was pregnant. They always treated me like a daughter. I was afraid that I would disappoint them," the 25-year-old Filipino told DW.

Ann was also afraid of the consequences of her pregnancy.

It was Ann's first time abroad when she came to Doha to work a domestic helper in 2015. She knew about the country's conservative culture and had a vague idea about "boyfriends being forbidden" but she had no idea that she could go to jail for being pregnant and unmarried. 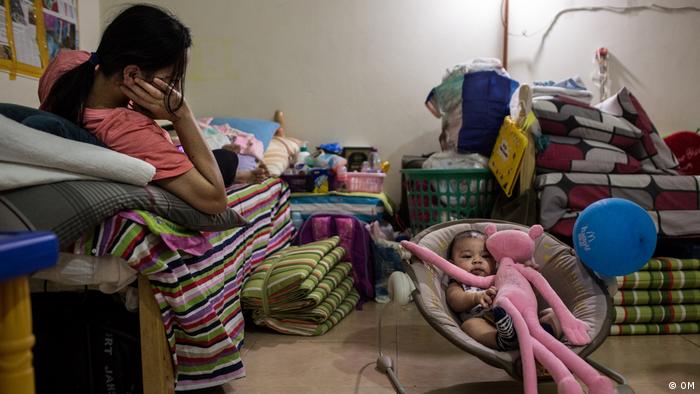 Under Qatari law, if she did not marry, Ann could be charged with the crime of zina, which is defined as any act of illicit sexual intercourse between a man and a woman. It is based on Islamic legal tradition that treats any sexual contact outside a legal marriage as a crime.

Read more: Qatar Airways says it will stop sacking women who get pregnant

According to Human Rights Watch (HRW), most zina cases happen in the Gulf and overwhelmingly, it is women who are charged with the crime.

The application of the laws exists in varying degrees across most of the Middle East and North African region. The sentence meted out is usually imprisonment of up to one year but Muslim offenders may also be sentenced to flogging and if they are married to another person, death by stoning.

Ann's employer was aware of these laws and tried their best to help her. After she gave birth in their bathroom, they immediately brought her to the hospital.

"They told me that they would take care of me but I understood when we had to go to the police. They would also be punished if I stayed with them," said Ann.

Her employer also initiated coordination with the police to find the man who had gotten her pregnant.

"I gave the police his name, his phone number and a picture of him that I had on my phone," explained Ann.

She later found out that he had given her a false name but she married him anyway to avoid going to jail.

There are no official statistics on zina cases, but visits to two of Doha's seven jailed showed that it was mostly domestic helpers from the Philippines, Bangladesh and India who were detained for these so-called love cases.

"It is one cost of labor migration," said Noel Tolentino, program officer of labor advocacy group.

Low-skill level is a factor in being vulnerable to zina laws, but so are loneliness, homesickness and alienation.

"As a domestic helper, you are far away from your family. You are usually confined to the home and have little opportunity to meet others and socialize. So your tendency is to get involved in romantic relationships," Tolentino told DW.

The same could also be said about the men who come to Qatar. About 88 percent of Qatar's 2.3 million Qatari population arelabor migrants - separated from families and partners - where men outnumber women by almost one to five. The majority live in all-male labor camps where they are shuttled to and from construction sites.

It sets the stage for companionship and consensual sexual relations but with a lot of complications. Unmarried sex - even if consensual - is deemed unlawful. Cases of rape, unless proven, can be used against the complainant.

"Saying that you have been raped, is in itself an admission of sex, so when it is not proven or believed, the woman ends up being detained," said HRW's Begum.

HRW and other organizations have been calling for the abolition of zina laws calling them archaic and inhumane especially in the case of pregnant women who end up serving out their sentence in jail along with their baby.

"What danger to society could a pregnant woman pose?" said Vani Saraswathi, editorial consultant for Migrant-Rights. Org. "Fundamentally, the law is flawed. We should not be criminalizing consensual adult sex," she told DW.

Ann narrowly escaped jail but she isn't exactly unscathed. She still sees the man she calls her husband, but their relationship has become cold and awkward. She will go back to the Philippines but is uncertain how she will now support her two other children from a past relationship. 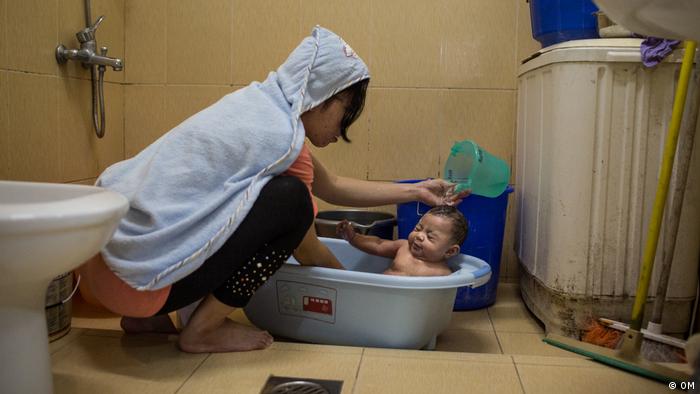 "I guess I'm still luckier than others. My employer really treats me like their own. Till now, they support me and visit me," she said.

"Once my boss said, 'What happened to you? This is not the kind of life we would have wanted for you.' He looked so sad and it made me feel sad, too. I guess I did disappoint them."

This story was supported with a travel grant from the Pulitzer Center on Crisis Reporting.