Kurdish forces in Syria have called on the United States to do more to stop Turkey's assault on Afrin. The US is to allow 7,000 Syrian refugees to remain in the US for a further 18 months under protected status. 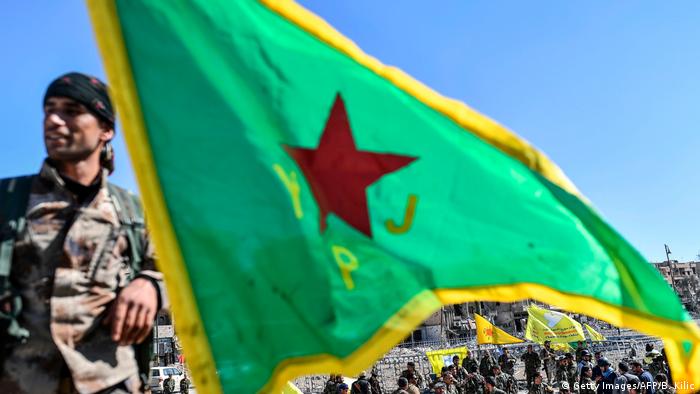 Syria's Kurdish militias have grown frustrated with the United States and its stance over the assault by Turkish forces in Afrin, on mainly Kurdish areas of northwestern Syria near the Turkish border.

"How can they stand by and watch?" Aldar Khalil, a senior Kurdish politician, asked of the US-led coalition. "They should meet their obligations towards this force that participated with them (in the fight against terrorism). We consider their unclear and indecisive positions as a source of concern."

Turkey began an offensive, dubbed Operation Olive Branch, on January 20 with the stated aim of hitting positions held by the Kurdish People's Protection Units (YPG) and "Islamic State" militants, although IS is not known to have a presence in Afrin. Turkey, a NATO ally of the United States, views the main Kurdish militia as an extension of the Kurdish insurgency it has battled for decades.

Read more: NATO: US and Turkey aiming to prevent direct clashes in Afrin

The offensive has so far killed more than 60 civilians and dozens of fighters on both sides. Turkish President Recep Tayyip Erdogan has said the operation will be expanded to other areas, including Manbij, where American forces are stationed with Kurdish militia.

General Joseph Votel of US Central Command said Wednesday the US was doing "everything we absolutely can" to avoid a confrontation with Turkey in Syria. US officials also noted that President Donald Trump has spoken about the conflict directly with Erdogan and that the US government is publicly urging Turkey to limit its operation.

Kurdish officials say they do not expect the United States to go to war with Turkey or send troops to Afrin.

- Are Turkey and Russia at odds in northern Syria?

- US mission creep in Syria: Is it legal?

TPS for Syrians in US extended

The US Department of Homeland Security said on Wednesday that it would allow some 7,000 Syrians to remain in the United States for at least another 18 months under protected status.

Syrians with temporary protected status (TPS) would have been in danger of being sent home if the Trump administration had not acted. Instead, these TPS recipients from Syria are allowed to stay until September 30, 2019.

"After carefully considering conditions on the ground, I have determined that it is necessary to extend the Temporary Protected Status designation for Syria," Kirstjen Nielsen, the secretary of the Department of Homeland Security, said in a statement. "It is clear that the conditions upon which Syria's designation was based continue to exist, therefore an extension is warranted under the statute."

Syrians were first granted TPS, which can be extended for up to 18 months at a time, in 2012. However, the extension only applies to applicants who have been in the US since August 2016.