Following the attempted coup in July, the tense situation in Turkey has been mirrored within Germany. The Kurdish community here is growing increasingly afraid. 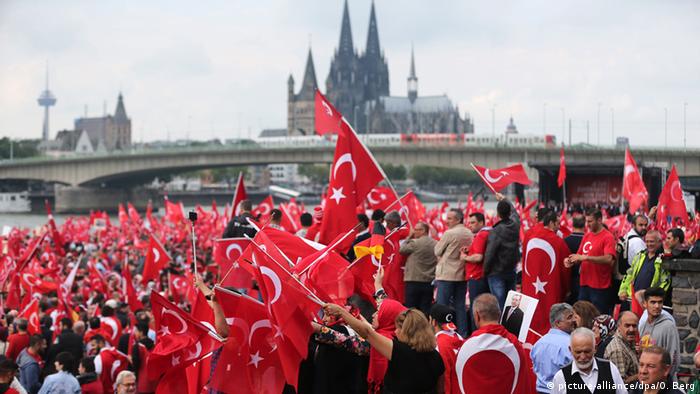 Ali Toprak doesn't know where to begin. The chair of Germany's Kurdish community advocacy group, the KGD, is shocked - and disappointed, not just in politicians, but in the German media, too.

"I've been on the ZDF [German state] television board since July," he says. "I get to represent the migrant population. Whenever I bring up subjects like this, there's embarrassed silence on the German side."

With "subjects like this," Toprak is referring to the rift in Germany's Turkish community. Toprak is afraid. In the interview with DW he speaks of a "witch hunt," and grows agitated. "Does someone in this country have to get killed by Erdogan supporters before German politicians will finally acknowledge the seriousness of the situation?" he asks. 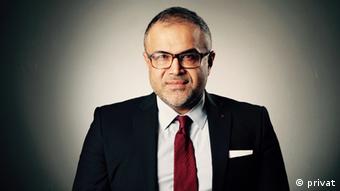 Around three million people in Germany, most of them Sunnis, Alevis and Kurds, have Turkish origins. They constitute by far the largest group with a migrant background.

Gokay Sofuoglu is the federal chair of the Turkish community in Germany. His organization aspires to represent the whole of the community, but at the moment this is very difficult. Terrorist attacks by the Kurdish PKK, crackdowns since the failed coup: Turkey's domestic political climate is charged with fear and hate. Will its internal conflict spill over into Germany?

Sofuoglu chooses his words carefully. "Turkish domestic politics are very present in Germany," he says diplomatically. This has been made very apparent in recent years, he continues, with big demonstrations by, variously, opponents of the ruling AKP, AKP supporters, and Kurds. 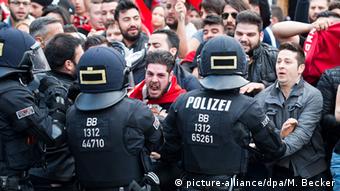 Violence breaks out at a demonstration by Turkish nationalists in Cologne, Germany, April 2016.

Ankara keeps adding fuel to the fire, exacerbating the rift in the community. The Turkish-Islamic Union for Religious Affairs (DITIB) is Germany's biggest mosque association, bringing together more than 970 mosque communities. DITIB is headquartered in Cologne, but it is closely linked to Diyanet, the Turkish Presidency of Religious Affairs in Ankara – and DITIB imams are Turkish state officials.

Recent revelations suggest that DITIB imams have been reporting on the activities of people in Turkey who are alleged to have taken part in the attempted coup. Has Ankara sent imams sent to Germany to spy on their own people? These are serious accusations. The DITIB issued a written statement in response.

The corrupt behavior of individuals should not impact on imams' religious, social and peacemaking activities, the national executive committee said: "Imams are our partners. They support us. However, anyone who becomes involved in activities outside his actual remit is not acting in our name."

No longer safe in Germany

The DITIB debate shows how closely connected German and Turkish domestic politics currently are. After the failed coup in mid-July, the Turkish president, Recep Tayyip Erdogan, repeatedly called on his people to denounce critics, both at home and abroad.

Ali Toprak believes that DITIB's behavior is poisoning the atmosphere in Germany's Turkish community. He is afraid of Erdogan supporters in Germany. "It cannot be that people who enjoy democracy should live here in a free society while at the same time supporting a dictatorship in another country. How long are we going to accept this contradiction?" he asks. For the first time, says Toprak, "I no longer feel safe in my German homeland."

Inside Europe: Kurdish politicians in the crosshairs of Ankara

From terror attacks to never-ending arrests, Turkey has suffered through a rough year. President Erdogan’s recent call for national mobilization may not be sufficient writes DW’s Seda Serdar. (14.12.2016)