Kurdish families caught between Iran and the US | Middle East | News and analysis of events in the Arab world | DW | 07.10.2018

Kurdish families caught between Iran and the US

Why are members of an Iranian Kurdish resistance group based in neighboring Iraqi Kurdistan being targeted by Iranian missiles? And what can the West do to help? Judit Neurink reports from Koya. "We are very much afraid it will happen again. There is no war going on here, and we did not deserve this. We'd like to go somewhere else, especially as I lost my husband. What kind of life is this?"

In her black mourning dress, Iran Rasulzadeh, 45, sits on the floor of her living room in the family camp of the Iranian Kurdish resistance group KDPI (Kurdish Democratic Party of Iran). Apart from the carpet, the room in the small single-story house is empty. Rasulzadeh is mourning her husband, Mam Shawkawt, who was killed recently when Iranian missiles struck the group's headquarters while he was on guard duty.

One morning in early September, seven 3.5 ton ballistic missiles flew over 70 kilometers (44 miles) from their launch site in Iran and hit a training field and a concrete fort just outside the sleepy Iraqi Kurdish town of Koya, killing 16 people and wounding 40. Both are used by the KDPI. The target was its central committee, which was holding a plenary meeting in the fort.

After the attack, Rasulzadeh could not locate her husband, who, at the age of 16, was imprisoned by the Iranian regime and had been a peshmerga fighter with the group for 36 years. She found him in the morgue. "I did not expect this to happen in a free country. His death is the consequence of us asking for our rights, and of the lack of support we receive here," she told DW. 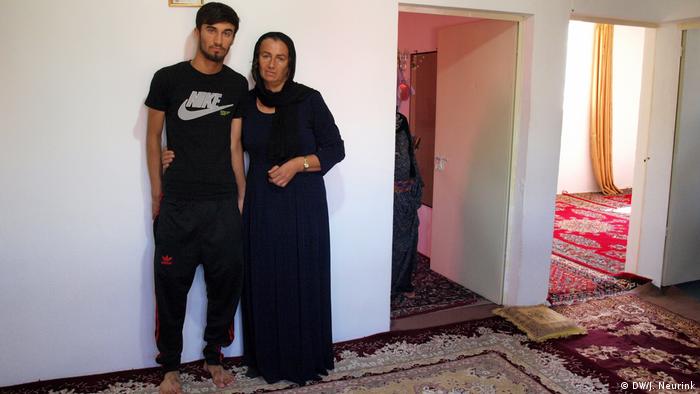 For the funeral, her mother-in-law came over from Iran. The woman wearing a Kurdish scarf over her black dress has been crying all day long, Rasulzadeh said. She had not seen her son for six years. She will go back home, but that is not an option for the families in the camp: "We would be killed."

At the same time, their legal status in Iraqi Kurdistan is precarious. Some do not have refugee papers issued by the UNHCR, the UN refugee organization, and most do not have residency papers for the Kurdistan region. Some children have no status at all.

The KDPI is one of a handful of Iranian Kurdish groups that has been based for decades across the Iraqi border in the Kurdistan region that all have been targeted repeatedly by the Iranian regime. Another meeting of the KDPI leadership in the fort was hit back in 1994, and following the recent attack its peshmergas in the mountains near the Iranian border were also targeted by missiles.

The fort and the nearby camps, home to some 500 families, on Koya's open plains are easy targets, KDPI Deputy Secretary-General Asso Hassanzadeh admits. "In the mountains, at least the geography protects you," he told DW. 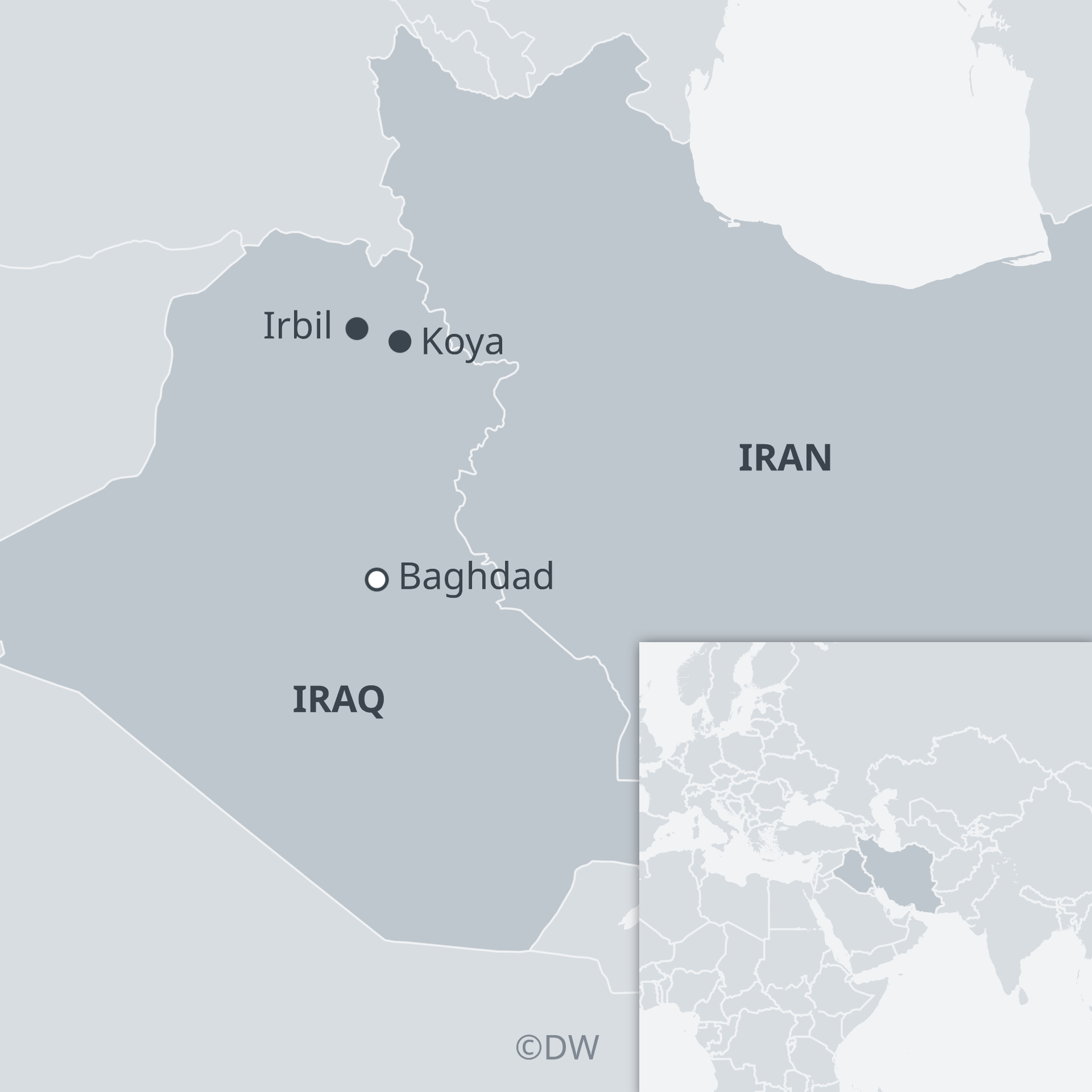 According to Hassanzadeh, attacks have been increasing in recent months. Partly because the group has changed its approach from military resistance to trying to influence civilians in Iranian Kurdistan. "Teheran fears our rhetoric and support for the civil movement more than it fears the arms of our peshmergas. In these times of increasing pressure from international communities and the US, we have to be part of the protests inside Iran."

The recent US pressure on Tehran is another reason for the attack, says the KDPI leader, Mustafa Mauludi. "Iran sent America a clear message: it is the strong man in Iraq. It wanted to test the US reaction."

But the strike has made the leadership pause for other reasons too, Hassanzadeh admits. For security reasons, first of all, as neither the group nor its civilians receive any protection from the Iraqi Kurdish security police. But most of all because it is clear the Iranians had access to information, including both exact times and coordinates, provided by sources within the group.

"There have always been infiltrators," Hassanzadeh says. "We have found that members of ours were working for them on many occasions. And we are working on finding the individuals involved right now. Since they are not at the leadership level, the damage to the organization will be limited. I know who I can really trust, so I choose them to accompany us when we go somewhere."

Iran pays people to infiltrate groups like the KDPI, he explains, or forces activists it picks up to become moles by threatening to execute them if they do not cooperate. At the same time, the leadership is only too well aware of the fear the attack has instilled in its people. It has contacted the Kurdish authorities in the region and the United Nations to ask for more protection but does not expect much help. "The best-case scenario would involve us relocating somewhere else," Hassanzadeh says.

Read more: Kurds blame outside world for loss of territories to Iraq

"Another solution could be to place our camps under the responsibility of the United Nations, but we are cautious. We expect that the Iranian government will try to repeat the People's Mujahedeen scenario, since they ultimately succeeded in getting the group expelled from Iraq."

The People's Mujahedeen of Iran, or MEK, is an Iranian resistance group that fought in the Iran-Iraq war (1980-88) on the side of Iraqi dictator Saddam Hussain. It had multiple camps in Iraq, but was forced to relocate to Albania under the auspices of the UN after Saddam's fall in 2003. "We are not the MKO and the Kurdistan region is not Baghdad, but everyone would be happy to see us leave this place. But whatever happens, we will never accept to go to Albania," Hassanzadeh says.

In her empty concrete house, with the smell of cooking filling the room, Iran Rasulzadeh calls on the West to help them find a safer place. "We have no income, no jobs, no education, no support. I bake bread for a living. And now we find ourselves on the front line in the struggle between Israel and Iran. They use us to test their weapons. What else can we do here but hope someone hears our plea?"

Pope Francis in Greece highlights plight of migrants and refugees

Opinion: Who decides that omicron is a 'South African' variant?