Iran's parliament has voted to boost spending on ballistic missiles and the armed forces in response to recent US sanctions. The Trump administration, while sticking to Iran nuclear deal, is piling up pressure on Tehran. 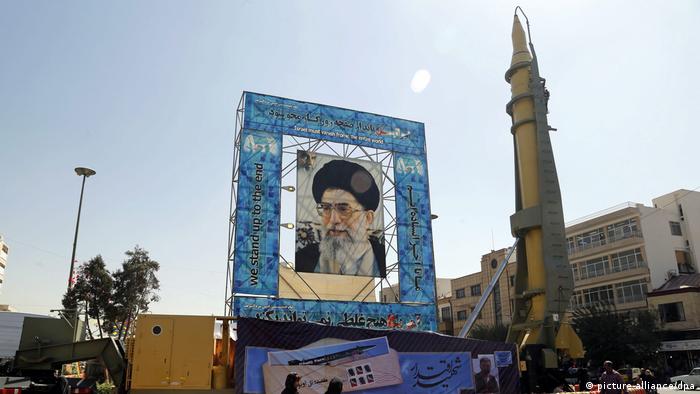 Iranian parliament passed a bill Sunday to boost its military spending, with 240 lawmakers in the 244-strong house approving it.

The bill allows Iran to allocate $520 million (448 million euros) to enhance its nuclear program to fight Washington's "adventurism" and sanctions.

"The Americans should know that this was our first reaction," said parliament speaker, Ali Larijani. The package was meant to "confront terrorist and adventurist actions by the United States in the region," he added.

The bill mandates the government to allocate an additional $260 million for the "development of the missile programme" and the same amount to the Revolutionary Guards foreign operations wing, the Quds Force, state news agency IRNA said.

US piles up pressure

During the presidential campaign, US President Donald Trump threatened to scrap a landmark nuclear deal with Iran, brokered in 2015 with the five UN veto powers, plus Germany. However, Trump now appears to be finding other ways to increase pressure on the Islamic country. His administration told Congress in July that Iran was complying with the nuclear deal.

The Sunday vote came after fresh US sanctions against Iran , targeting its missile program. Among those sanctioned were key backers of Iran's military and Islamic Revolutionary Guard Corps.

On July 27, Iran launched its satellite-bearing rocket but insisted it did not violate the nuclear deal. Western nations, however, condemned the launch as a 'threatening and provocative step.'

State Department spokeswoman Heather Nauert voiced US concerns over "Iran's malign activities across the Middle East that undermine regional stability, security, and prosperity." The sanctions, she said, were "in response to these continued Iranian threats."