Kurdish pursuit of an independent sovereign nation | Middle East | News and analysis of events in the Arab world | DW | 01.11.2017

Iraqi Kurdistan is an autonomous region within Iraq, yet many Kurds are pushing for the creation and recognition of an independent Kurdistan. A recent independence referendum has led to crackdowns by Baghdad. 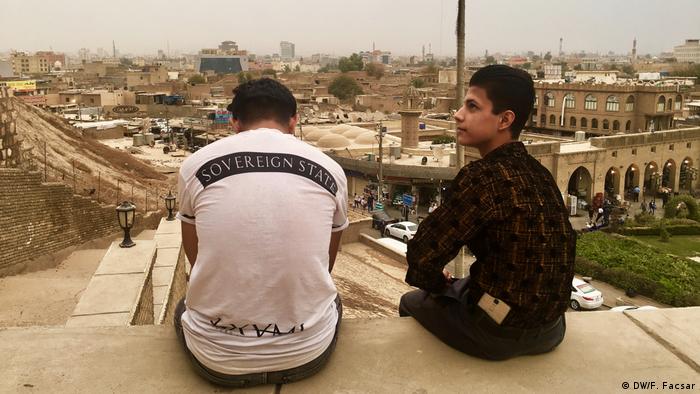 Kurdish nationalism prides itself on being more inclusive of different ethnicities compared to other nationalist movements across the world, but for many Kurds in the autonomous region of Iraqi Kurdistan, the creation of an independent nation state has become increasingly important. So much so that regional Kurdish leaders organized a controversial independence referendum.

The Kurdistan Regional Government in Erbil held an independence referendum in September, with 92.7 percent of 3.3 million votes cast in favor of secession. Voter turnout was just over 72 percent. 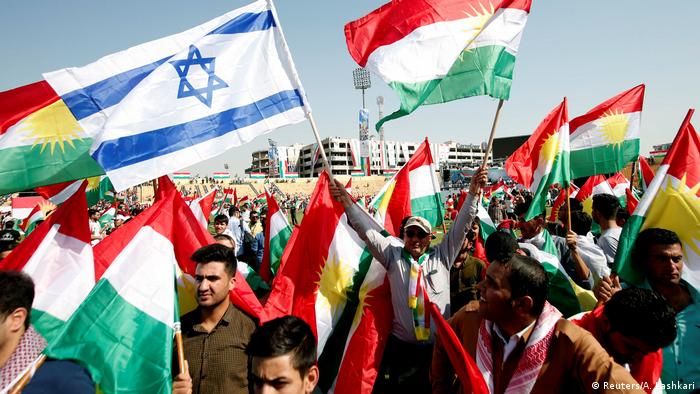 But the central government in Baghdad does not want Iraqi Kurdistan to secede. This has resulted in limits being placed on Kurdish autonomy, such as Baghdad taking control of the region's airspace and assuming authority over all border crossings that connect Iraqi Kurdistan to neighboring countries. Fallout from the referendum also led the region's president, Masoud Barzani, to step down on Wednesday.

There used to be a direct flight connection from Germany to Erbil before the referendum. Now it takes a flight to Turkey and a long car ride to get to Iraqi Kurdistan's capital city. There is little traffic on the road and a local market en route is largely empty of shoppers since the vote took place. Civilians have avoided public spaces since the recent clashes over disputed territories and oil fields between Iraqi forces, joined by Shiite militias, and Kurdish peshmerga fighters.

"I hate being called Iraqi"

"It's just further proof that Iraq wants to suppress us again," said Ari Mamshae, a young activist who helped organize the referendum. He hopes to become a politician and use this position to push for an independent Kurdish state.

Speaking with DW from his home in Erbil, he said his desire for an independent Kurdistan precedes September's referendum. His political aspirations stem from his family's experiences: They were displaced during former dictator Saddam Hussein's rule and his relatives were victims of chemical attacks against Kurds.

Years of receiving orders from Baghdad have also left Mamshae, and many others of his generation, feeling like they do not belong in Iraq.

"I hate being called Iraqi," he said. "Holding an Iraqi passport makes me feel humiliated."

Kurds garnered international attention during the fight against "Islamic State" militants who took over tracts of both Iraq and Syria. In Iraq, it was Kurdish peshmerga troops who stopped the militants' advance.

IS has been largely pushed out of Iraq thanks to an allied effort by Iraqi and Kurdish troops, but it still poses a threat. The question is whether now is the right time to call for independence, which may result in Iraqi and Kurdish forces turning against each other.

Mamshae said his disappointment about the lack of recognition for Kurdish independent statehood from Iraqis, as well as the international community, has led him to believe that "there is no right time, the time is now."

As I listen to him, I want to believe that he will continue to promote an inclusive form of nationalism. But in the wider community, there is already a growing fear among Arabs in Iraqi Kurdistan that Kurds may retaliate against them in revenge for Baghdad's crackdown.

Read more: Niha Qoja, mayor of Kurdish Erbil: 'We are in a historic moment' 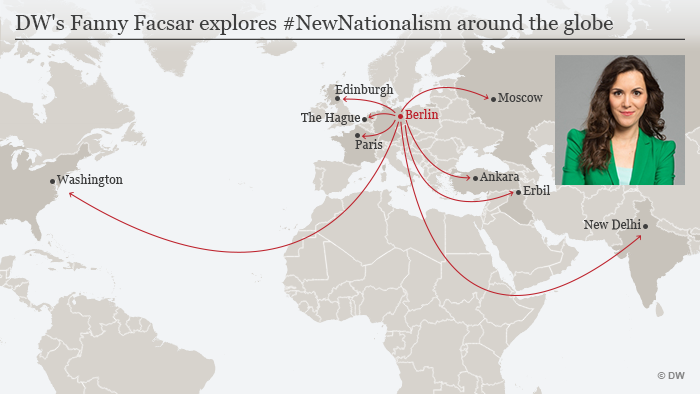 Is an independent Kurdish state the best way for Kurds to express their identity? Kurds across the region are not as united as the results of the referendum may suggest. Though the majority voted in favor of an independent state, one third of the population did not cast a ballot or voted against independence. It is claimed that those who voted "no" did so on the basis of, "independence, yes, but not now."

Some people who voted "yes" now fear that Kurdish nationalism could move in an unintended and undesirable direction. Hiwa Osman, an analyst of the Iraqi-Kurdish conflict, shares such concerns. He took me to a district in Erbil that "used to be a street where everybody met," he said. "Kurds, Arabs, everybody. They would come here for a meal. Nowadays since the crisis, fewer and fewer Arabs are coming. This is what we fear."

As I cross the border into Turkey and leave Iraqi Kurdistan, news breaks that Iraqi forces, joined by Turkish troops, are about to take control of the crossing. In this complicated situation, it is often difficult to find out what is really going on. But one thing seemed evident, which is that Baghdad's grip on Iraqi Kurdistan is tightening.

The reaction from Iraq, as well as neighboring countries of Turkey, Syria and Iran, will ultimately shape how Kurdish nationalism develops.