What is the Iraqi Kurdish independence referendum? | Middle East| News and analysis of events in the Arab world | DW | 25.09.2017

What is the Iraqi Kurdish independence referendum?

Voters in the Kurdish territories of northern Iraq have begun voting in an independence referendum. The ballot has created tensions domestically and internationally with the UN warning of a "destabilizing effect." 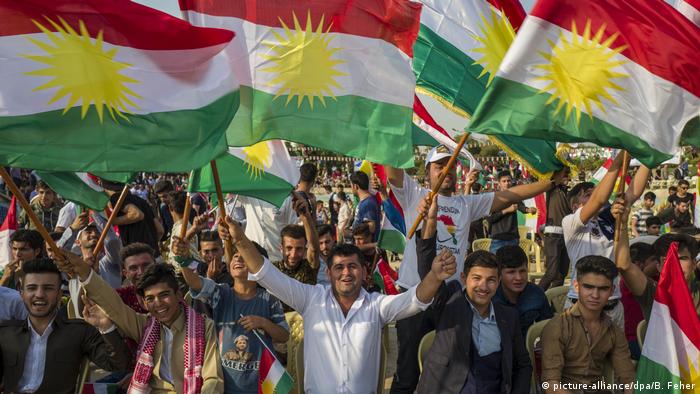 The question is simple: "Would you like the Kurdistan region and the areas lying outside its regional administration to become an independent state?" This question will be answered by roughly five million people in the referendum on independence in the Kurdish north of Iraq. The opposition is massive, both in Iraq itself and internationally.

However, if the mass marches staged by Kurds in recent days are indicative of the level of support, then the overwhelming majority will probably vote in favor of independence. Still, it remains uncertain if the Kurds will actually come closer to their long-time dream of establishing their own state.

A flag without a state

The Kurds are one of the largest ethnic groups in the world without a state of their own. An estimated 35 million Kurds are spread across Turkey, Iraq, Iran and Syria. Though the Kurds are often divided internally due to disputes between different clans and political parties, fervent nationalism prevails over the lines of division and national borders.

In northern Iraq, the red, white and green Kurdish tricolour is everywhere. It hangs from public and private buildings, in restaurants and in taxis. Ahead of the referendum, a large wave of support swept the region. However, Masoud Barzani, president of the Iraqi Kurdistan regional government, has explained that a "Yes vote" would not automatically result in a declaration of independence. Rather, it would mark the beginning of serious discussions with Baghdad. The referendum is not legally binding. 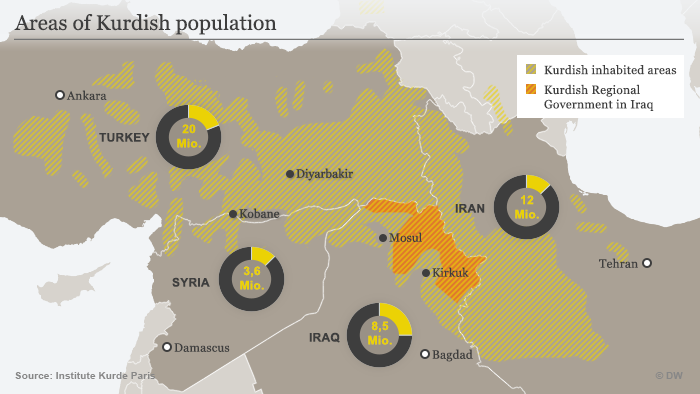 But the vote does cast doubts on Iraq's territorial integrity. However, this is more of a written formality rather than an Iraqi reality, given that the country is divided into religious and ethnic groups. Carina Schlüsing of BICC Bonn International Center for Conversion underscored this point in an interview with DW. After visiting northern Iraq, the peace researcher said, "In my opinion, the central government in Baghdad is extremely dysfunctional and not particularly strongly positioned as a comprehensive control center." Her BICC colleague Markus Rudolf agreed, saying, "I do not consider Iraq's state unity to be a given in any way."

Since the first Gulf War in 1991, the Kurdish territories in northern Iraq have enjoyed extensive autonomy. Rudolf said that in the past quarter of a century, the Kurds there have already achieved a de facto independence "economically, politically, in cultural policy, with their own curriculum, with their external border security and with their decisions as to who can and cannot enter the country." Ferhad Seyder added that two generations have now grown up without the Arabic language in the Kurdish regions. This leads researchers to believe that, "Arabs and Kurds have nothing in common." 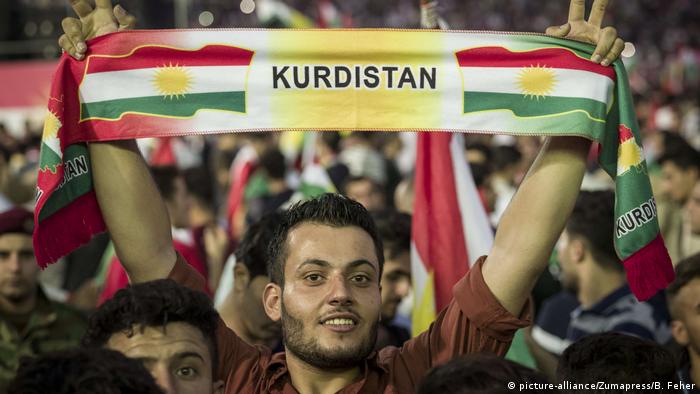 Support for independence is overwhelming in Kurdish areas of Iraq

Nevertheless the Iraqi government firmly opposes the referendum. On September 18 the Supreme Court in Baghdad ordered a suspension of the vote. Two days before that, Iraqi Prime Minister Haider al-Abadi told the AP news agency that Iraq is prepared to intervene militarily should the Kurdish referendum lead to violence. Baghdad is particularly annoyed that the referendum is being held not only in the autonomous Kurdish region but also in some contested areas, like the oil-rich region around Kirkuk, which is controlled by the Kurdish Peshmerga.

US and Iran on the same side

Internationally, even countries with differing views, such as the USA, Iran, Germany and Saudi Arabia, oppose Kurdish aspirations. They share the goal of persuading Kurdish leaders to postpone the independence referendum. However, they have not yet made much tangible progress, as on September 15, the Kurdish regional parliament in Erbil met for its first session in two years and the large majority voted in favor of the referendum. The next day in Tehran, Iranian Secretary of the Supreme National Security Council Ali Shamkani warned that "illegal separatist acts" in Iraq would destabilize the region. Iran only recognizes an "integrated, federal Iraq."

Turkey is particularly nervous about Kurdish independence. Almost one in four Turks comes from a Kurdish background. Ankara is concerned that Turkey's estimated 20 million Kurds could feel validated for their tacit aspiration for autonomy. The fact that at least 2,000 people have been killed since 2015 during Turkish military operations in the Kurdish regions has not brought the Kurds any closer to Ankara.

Furthermore, 40,000 people have been killed in clashes between the Kurdish PKK and the Turkish army between 1984 and 2013. On September 16, Turkish Prime Minister Binali Yildirim declared the Kurdish referendum to be a "matter of Turkey's national security." On the following day, the Turkish army began manoeuvers on the Iraqi border, which will apparently last until the day after the referendum. Around 100 tanks and vehicles carrying missiles and heavy artillery have been deployed. According to the Turkish news agency Anadolu on September 20, Turkish President Tayyip Erdogan stated that Turkey was considering sanctions against the northern Kurdish region. This is a powerful threat, as the Kurds export a large part of their oil via Turkey.