Speaking at the UN, Turkish President Recep Tayyip Erdogan has warned Iraqi Kurds to call off an independence referendum. Nearly all countries including the US and Iran oppose the vote — though Israel supports the idea. 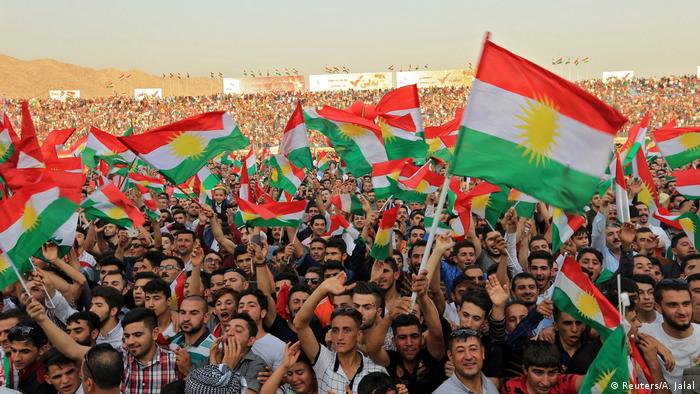 Turkish President Recep Tayyip Erdogan has warned that an independence referendum among Iraqi Kurds would have serious consequences, in a speech to the United Nations General Assembly on Tuesday.

"Steps such as demands for independence that can cause new crises and conflicts in the region must be avoided. We hereby call on the Iraqi Kurdish Regional Government to abort the initiative they have launched in that direction," Erdogan said in New York.

"Ignoring the clear and determined stance of Turkey on this matter may lead to a process that shall deprive the Iraqi Kurdish Regional Government of even the opportunities it currently enjoys."

A day earlier, Turkey began military drills with 100 vehicles including tanks on the Iraqi border.

Turkey has campaigned against the independence vote, which is scheduled for September 25. Almost all UN member states oppose the referendum in the oil-rich region, including the US and Iran.

Iraqi Prime Minister Haider al-Abadi railed against the vote on Tuesday, saying he rejected the idea of independence for the northern autonomous region and hinted at military action.

"The referendum is rejected, whether today or in the future, in the Kurdistan region within the 2003 borders or in the disputed areas," he told journalists.

The vote was announced by Iraqi Kurdish leader Masoud Barzani and has been backed by the provincial council in the neighboring province of Kirkuk, which is also home to Arabs and Turkmen who oppose the vote. 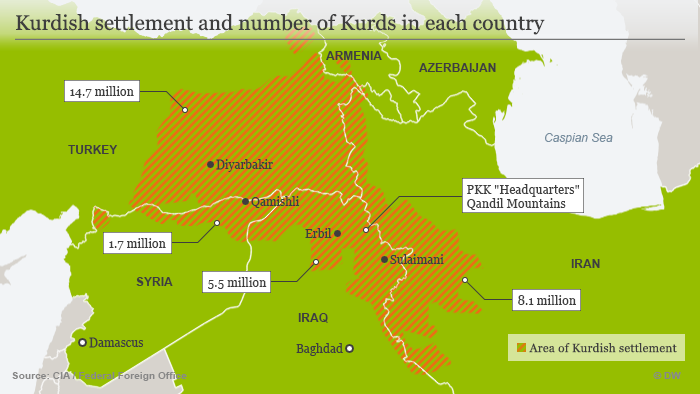 "If a Kirkuk citizen is exposed to danger, it's our legitimate duty to impose security," Abadi told journalists.

Iraq's Supreme Court on Monday ordered the suspension of the vote to examine claims it was unconstitutional.

Barzani has said a successful "yes" vote would not trigger an immediate declaration of independence, but would form the basis for "serious discussions" with Baghdad.

Barzani gave Abadi a three-day deadline to provide him with a deal good enough to convince him to forgo the vote.

French President Emmanuel Macron told the UN General Assembly that the vote should be aimed at increasing Kurdish representation in the Iraqi government, rather than at independence.

However Israel, which has traditionally enjoyed relatively close relations with the Kurds, has officially endorsed the vote.

Last week, Prime Minister Benjamin Netanyahu voiced support for "the legitimate efforts of the Kurdish people to attain a state of its own."

"Basically, looking at Iran in the east, looking at the instability [in] the region, a solid, stable, cohesive Kurdish entity in the midst of this quagmire  it's not a bad idea," Golan told Agence France-Presse said at the Washington Institute for Near East Policy.