Iraq's parliament has rejected a planned Kurdish independence vote. The September 25 vote threatens to reignite conflict between the Kurds and the central government. 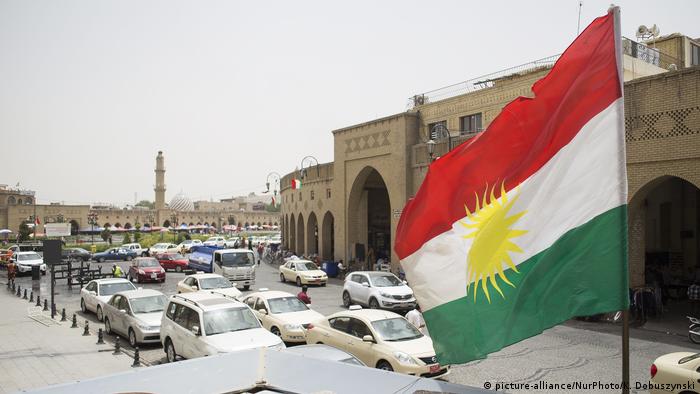 Iraq's parliament on Tuesday voted to reject a Kurdish independence referendum planned later this month, raising already simmering tensions between Baghdad and Erbil that could potentially explode into violence.

The Iraqi parliament resolution said the referendum is "a threat to the unity of Iraq, guaranteed by the constitution, and a threat to regional and civil peace since it violates the Iraqi constitution."

Kurdish lawmakers boycotted the vote in Baghdad, leaving Arab parliamentarians to pass the measure with 204 votes. Parliament has 328 seats.

Iraq's Kurds plan to hold a non-binding independence referendum on September 25 in the three northern provinces of Dohuk, Sulaimani and Erbil that make up the autonomous Kurdistan region.

Controversially, the vote also includes so-called disputed areas outside the Kurdistan Regional Government's (KRG) official boundaries, including parts of the northern province of Nineveh and the oil-rich province of Kirkuk that were captured by Kurdish peshmerga after the Iraqi army collapsed in 2014 as the "Islamic State" swept through large swaths of the country.

Last month, Kirkuk's provincial council voted to join the referendum in a vote boycotted by Arabs and Turkmen in the multi-ethnic city after the Kurdish governor Najmaldin Karim called the vote.

"Including the disputed areas in the referendum also violates the constitution," the Iraqi parliament said in the resolution. Oil-rich and ethnically mixed Kirkuk is a potential powder keg.

The only country that backs the Kurdish independence referendum is Israel. The United States, EU and UN have all come out against the vote, arguing it distracts from the fight against IS and could be destabilizing. The United States has been urging its Kurdish allies to postpone the vote and reach a deal with Baghdad over disputed territories and oil revenue sharing.

Turkey, Iran and Syria are against the referendum over concern it could have a knock-on effect on their Kurdish minorities.

Turkey has close economic and political relations with the KRG and its president, Masoud Barzani. It has several military bases in the Kurdistan region and also holds considerable leverage over the KRG due to its large economic footprint and the fact that it is the only major outlet for Kurdish oil exports.

Iran backs Shiite militia fighting IS, raising the prospect that these forces could be turned against Kurdish forces in disputed territories.

The referendum will occur amid deep divisions between Kurdish political parties and a multi-year economic crisis that has left civil servants and even peshmerga salaries either unpaid or partially paid.

Already in financial trouble due to waste and low oil prices, Kurdistan - like the rest of Iraq - relies on Baghdad for its share of the oil budget, giving the central government significant leverage. Erbil and Baghdad have long been in disagreement over oil revenues and contracts the Kurdistan region has signed with oil companies.

There are also questions over the leadership of Barzani, who was supposed to step down three years ago at the end of his two terms as president before receiving a controversial extension. The KRG parliament has been shuttered since 2015 over political infighting.

On Thursday, the Kurdish parliament is set to convene for the first time since 2015.

That decision came as on Tuesday the second largest party, Gorran, and the Kurdistan Islamic Group met in Erbil with the other two major parties, Barzani's Kurdistan Democratic Party (KDP) and the Patriotic Union of Kurdistan (PUK) to discuss reopening parliament. 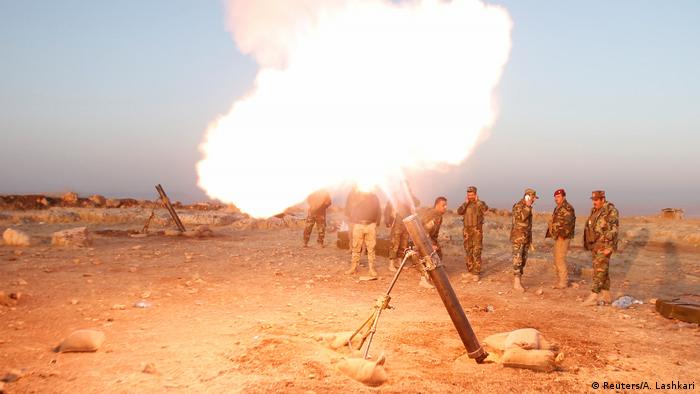 Kurdish peshmerga have been on the frontlines of the fight against IS.

Gorran and the Kurdistan Islamic Group did not attend the June meeting between the KDP, PUK and other smaller parties that called for the referendum.  The two parties are against the referendum, arguing the Kurdistan region should first put its domestic house in order and pass reforms before striving for independence. Among their demands are that parliament approves the referendum and the laws on the presidency are changed.

Analysts say the referendum is unlikely to lead to an immediate declaration of independence and is designed, for now, to bolster the Kurds' bargaining position with Baghdad over disputed territories, shared oil revenues and greater autonomy.

There is widespread support among Iraqi Kurds for an independent state. An informal referendum on the issue in 2005 passed with nearly 99 percent support.

Supporters of the referendum argue Kurds deserve their own state after fighting IS and facing years of oppression at the hands of governments in Baghdad, including gassing and ethnic cleansing under former dictator Saddam Hussein.

The Iraqi Kurds fought an on-and-off insurgency for decades against the central government until the US invasion of Iraq in 2003 enshrined Kurdish autonomy in the Iraqi constitution.