The 'Islamic State' is facing defeat in Mosul and Raqqa. Massive rivalries between groups within the coalition fighting IS are already posing serious threats to any future peace. 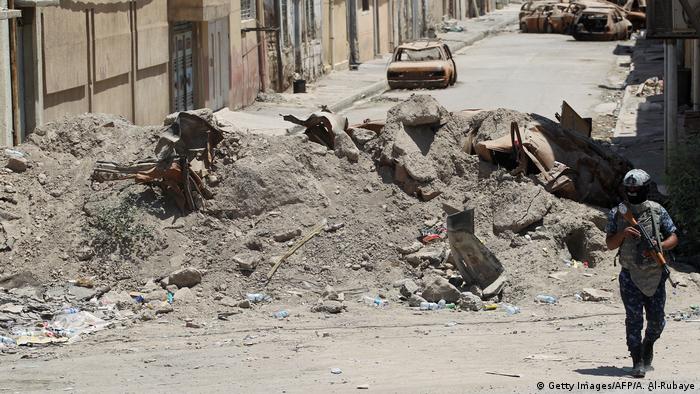 The collapse of the so-called "Islamic State" (IS) in Iraq's second largest city seems a foregone conclusion, despite reports by the UN's refugee agency that about 100,000 residents of Mosul are being used as human shields and that the fighting is especially brutal. More than 500,000 people have been displaced since the multifaction offensive to dislodge IS began last fall. And removing the group from northern Iraq will create a massive vacuum. It seems that no contingency plans were made as to who - or what - might fill it.

The factions already vying to do so include anti-terrorism units under the control of Iraq's prime minister; troops commanded alternately by Baghdad's defense and interior secretaries; diverse Shiite paramilitary groups from the Popular Mobilization Forces, some of which have links to Iran; peshmerga fighters dispatched by the governing Kurdistan Democratic Party in northern Iraq's autonomous Kurdistan region; peshmerga fighters sent by the rival Patriotic Union of Kurdistan; and a number of regional Sunni tribes.

"Most everyone is in agreement that this essentially Arab city cannot be held for long by any Kurdish or Shiite groups," Rayk Hähnlein, of Berlin's German Institute for International and Security Affairs (SWP), told DW. "But what that means in practical terms remains unclear."

Kurds in northern Iraq see their chance to establish autonomy. Therefore they have scheduled a referendum on independence for September 25. Contentiously, the vote will be held in Kurdish territories, as well as "disputed regions" such as oil-rich Kirkuk, Renad Mansour, of the British think tank Chatham House, told DW.

Northern and eastern Syria present problems similar to those around Mosul. Raqqa, the IS's stronghold in that country, is under great pressure from coalition forces and will likely fall soon. The main burden of attacking has thus far fallen on the Syrian Democratic Forces. Most SDF fighters belong to the Kurdish Democratic Union Party (PYD). "The PYD controls three cantons and sees them as being their region," Hähnlein said. "It has also interpreted its own success as akin to a right to self-governance - even independence."

The United States, which has used Kurds as an effective tool in the fight against IS, supplies them with weapons and intelligence. But Turkey, a US NATO partner, formally considers the PYD a terror group - one even more dangerous than IS because of its ties to the Kurdistan Workers' Party. Mansour said Syrian Kurds could use their conquest of Raqqa to demonstrate their loyalty to the United States, and in doing so improve their negotiating position. Mansour said the relationship between the United States and Turkey was nevertheless strong enough that the Kurds will have a tough time forging ahead: "I cannot imagine that the US will actually allow an autonomy project to go ahead after IS is driven out of northwestern Syria." 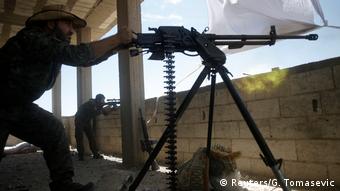 People's Protection Units fight to liberate Raqqa from IS

Shiite militias have mainly fought west of Mosul and cut off the highway connecting the city to Syria. Since such groups were expressly created to fight IS, it would make sense to disband them after the terror militia's defeat. But, Mansour said, some groups, especially the larger ones, will resist and seek out new responsibilities - possibly along the border between Iraq and Syria.

The SWP's Hähnlein estimates that about 100,000 Shiite militia troops are currently fighting in Iraq. He said they had very strong ties to Iran, which has made "massive attempts to gain influence here."

More problems are brewing in and around Raqqa and many parts of Syria's IS-controlled Deir ez-Zor province. This is where the paths of those groups seeking strategic positions post-IS cross: On one side are the Syrian government's army, its Iranian supporters and Russian fighter jets; on the other are the US special forces and anti-Assad SDF fighters. Hähnlein said the threat of direct confrontation was growing by the hour. "We saw that last week when US forces shot down a Syrian jet," he said. "They also shot down an Iranian drone. The Russians reacted harshly, announcing that Western alliance planes would no longer be allowed to fly west of the Euphrates. Those were pretty clear signals that indicate the situation will likely become more confrontational."

There were also skirmishes near the city of Tabqa as the regime's army moved north toward Deir ez-Zor. The troops' route passed so close to Raqqa that they ran into the SDF and the two groups exchanged fire. This is also where the government jet was downed. "The fundamental problems and the roots thereof were hidden by the fact that everyone was against IS," Mansour said. "But, when you take IS out of the equation, they all come right back to the surface."