Kunduz fighting puts development work in jeopardy | Asia| An in-depth look at news from across the continent | DW | 02.07.2015

Aid workers are considered a blessing as well as a problem in Afghanistan. Their presence is not always welcome in the country. But in the embattled province of Kunduz, the effects on the NGOs are even more palpable. 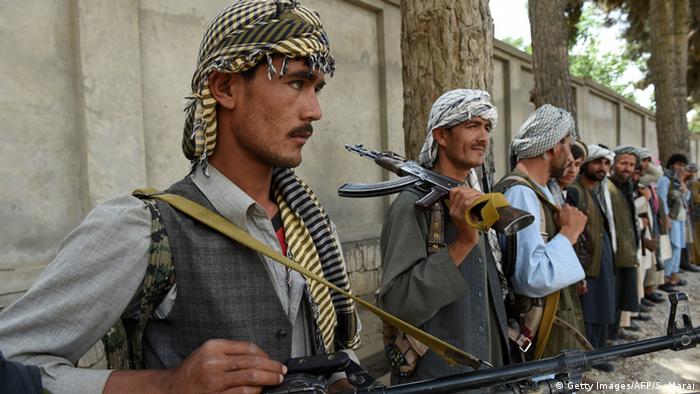 Security alerts are a common occurrence in Imam Sahib, a district in the northern Afghan province of Kunduz. Fighting between the Taliban and Afghan security forces have been raging in the area for months now. Despite that, several development organizations are still working in Kunduz.

"We are currently running a number of large projects in Imam Sahib," said the district head Imamuddin Quraishi. "We have built several government buildings and educational institutes, and a large cold storage," he said, adding that while the fighting would continue that should not stop development work in the province.

But Quraishi admits that despite all efforts, there hasn't been much investment coming to Kunduz. He laments that there is hardly any governmental attention being paid to boosting the infrastructure in the district. Many projects lack funding, he said, adding that "the roads are damaged and need to be repaired." 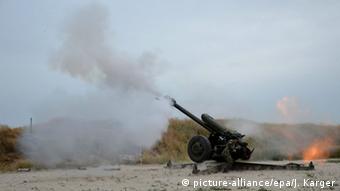 In Kunduz, fighting between the Taliban and Afghan security forces have been raging for months

Mohammad Ajmal, a resident of Imam Sahib, agrees with Qureshi: "Good roads are important for the farmers who have to sell their goods, and also for patients who have to reach the nearest hospital. If there is reconstruction, there is security," he told DW.

Security is crucial for international non-governmental organizations (NGO) working in the province. Without security it is impossible for them to carry out their projects. The NGOs usually come under fire because they are financed through foreign donations.

Attacks on NGO employees have increased manifold in Afghanistan over the past years. According to the International NGO Safety Organization (INSO), 50 NGO employees were killed in Afghanistan last year, and some 17 were killed in the first half of 2015. These deaths have significantly restricted the work of the NGOs in the country. Another risk that aid and development workers face is that of kidnappings. Some 150 civil society activists were kidnapped last year, and 39 more until May this year.

Some 15,000 people have fled the fighting between government troops and Taliban militants in Afghanistan's northern Kunduz Province. Both the government and international aid organizations seem overwhelmed. (05.05.2015)

The German food aid agency "Welthungerhilfe," which has been operating in the country for 20 years, made similar experiences and hence decided to leave Kunduz in 2010. "There were incidents where some of our co-workers died and we wanted to send a signal that this has consequences," said Matthias Mogge, a director at the organization.

The agency is still operating in eastern and western Afghanistan, but the security situation is taking a toll on staff members, said Mogge. "We are now investing much more in security measures and the protection of our offices. Our workers always drive around in two cars and we are relying more heavily on local staff," said Mogge, adding that the latter were in a better position to asses the security situation.

Some 250 Afghan and five international workers are currently working for Welthungerhilfe in the South Asian nation. The German agency is also the latest NGO to have left the Kunduz region. 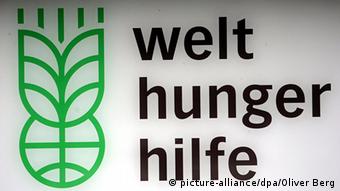 But other organizations have stepped up their aid efforts in the area. Given the deteriorating situation, the medical charity Medecins Sans Frontieres (MSF) has expanded its activities and is now running a trauma center with 92 beds at the heart of Kunduz.

"Our workload has increased. Because of the fighting we have an influx of patients arriving at the same time," said MSF project coordinator in Kunduz, Laurent Gabriel. Most of the injured are victims of bombings. The organization has sought to meet the increased demand by establishing an outpost in Char Darah District.

To avoid exposing its workers to dangerous situations, the charity has also decided to rely heavily on local staff. Some 450 workers are Afghans while only 20 are from other countries. "Most of my staff just spends time between the guesthouse and hospital and they don't go outside. We are very careful to not expose ourselves."

International donors and NGOs have been operating in Afghanistan since 2002 through numerous development projects. The German Agency for International Cooperation (GIZ) is currently responsible for 60 projects throughout the country. It is also operating in Kunduz and employs both Afghan and foreign nationals.

Update:
Médecins Sans Frontières’ (MSF) trauma centre in Kunduz, Afghanistan, is temporarily closed to new patients, following an incident on Wednesday 1 July when armed members of the Afghan Special Forces entered inside the hospital and behaved violently toward MSF staff members. The organization has condemned the behavior and called it an unacceptable breach of the guarantee of safe treatment of patients within MSF medical facilities. MSF has a strict no weapons policy in all its facilities.
Advertisement