The Taliban attacks on the Afghan parliament and the northern city of Kunduz are a reflection of the fragile security situation prevailing in the country. DW examines. 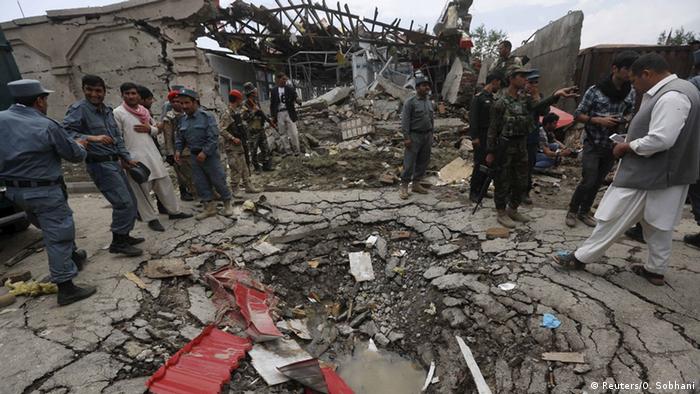 Screams, smoke and smashed windows - a shocking video of the attack on the Afghan parliament is making rounds on social media. The television footage shows what happened inside the building at the time of the attack on June 22. A huge explosion rocked the parliament complex as Speaker Abdul Rauf Ibrahimi was about to read out his welcome address.

The MP initially tried to calm lawmakers, saying "it's an electrical issue." Parliamentarians, however, already switched into a panic mode as Ibrahimi was escorted out of the building.

Images like these illustrate the extent of insecurity plaguing the war-torn South Asian nation. In fact, lawmakers had assembled for a general meeting to vote on a new defense minister, a position that has not been filled since President Ashraf Ghani took office over a year ago.

While the government's nominee for defense minister, Mohammad Masoom Stanikzai, was to be introduced to parliament, the attack abruptly ended the confirmation of the candidate. 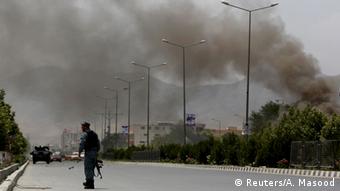 Kabul was under a cloud of black smoke after the attack

The Taliban's spokesman, Zabihullah Mujahid, was quoted by the AP news agency as saying that the militant group targeted Stanekzai and the parliament itself. He said the assault showed the "capability of the mujahedeen, who can even attack the parliament in the capital."

According to the Afghan police, seven Taliban fighters were killed in the attack. A total of 31 people were injured during the incident.

Is Kunduz about to fall?

The Taliban managed to enter the Afghan parliament despite the fact that it is one of the most secure buildings in the country. Mohammad Nawab Mangal, an MP who serves on the parliament's internal security commission, demanded an immediate reaction: "The bloodshed must come to an end," Mangal told DW. "The Afghan security forces must eliminate their enemies instead of negotiating with them."

However, Kabul doesn't seem to have made much progress in this regard. At the moment, the northern province of Kunduz runs the risk of being re-captured by the Taliban as yet another district was recently seized by the insurgents.

"Char Darah is one of the many districts lost by the Afghan security forces in the past few days," Kunduz Police Chief Gen. Abdul Saboor Nasrati told DW, adding that reinforcements had arrived and a new offensive was underway.

But many Afghan analysts, including General Wahid Taqat, doubt the reinforcements will be enough. The security expert and former member of the Afghan intelligence agency told DW the Afghan government simply cannot stem the violence in the north.

He argues that the districts that have fallen into the hands of the Taliban are beyond Kabul's control which doesn't have the military means to strike back.

"The lack of coordination within the military, the central government's failure in the provinces and the cooperation with terrorist networks are the main reasons for the current volatile security situation," argued Afghan military expert Jawed Kohistani.

The analyst also criticized Kabul's efforts to negotiate with the Pakistani spy agency ISI. "As long as Afghan forces work hand in hand with the enemy, security cannot be guaranteed," said Kohistani.

Afghanistan's army has launched a counteroffensive to regain Chahar Dara, a key district in the country's north. The troops have managed to recapture Yamgan in the northeast, captured by insurgents earlier this month. (21.06.2015)

Taliban warns IS to stay out of Afghanistan

Taliban chiefs have urged "Islamic State" (IS) jihadis not to wage a parallel insurgency in Afghanistan. Their letter to IS leader Abu Bakr al-Baghdadi follows reports that several Afghan groups have switched sides. (16.06.2015)

Fears of political vacuum in Afghanistan

Afghan parliament's current term is set to end soon but the country's government has so far failed to set a date for fresh elections, raising concerns over a possible political vacuum. DW examines. (12.06.2015)