Nobel Prize winner Peter Handke is a "friend and supporter" of the policies of late Serbian dictator Slobodan Milosevic, Kosovo's foreign minister said. The Kosovo envoy will boycott the awards ceremony in Stockholm. 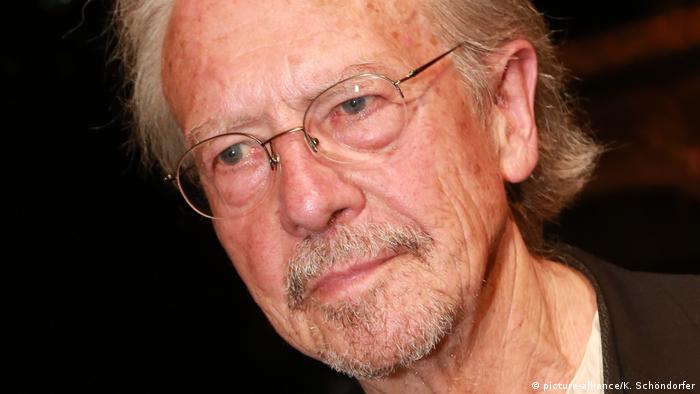 With the Nobel Prize for literature set to be handed to controversial author Peter Handke, Kosovan Foreign Minister Behgjet Pacolli said that his country will not take part in the award ceremony. Handke is due to receive his award in Stockholm on Tuesday.

"I can confirm that our ambassador … will boycott this event," Pacolli said on Facebook on Saturday.

The reason, according to the foreign minister, is that Handke is a "friend and supporter" of policies carried out by late Serbian leader Slobodan Milosevic. The nationalist politician led Serbia and controlled its army during the bloody breakup of Yugoslavia in the 1990s, including the 1998-1999 Kosovo war. The war saw Kosovo, mostly populated by Albanians, break away from Serbia.

"I expect the Albanian ambassador to act in a similar way," Pacolli added.

Milosevic died in 2006 while on trial for war crimes.

Handke has repeatedly expressed support for Serbia during the wars and gave a eulogy at Milosevic's funeral. He once described the Srebrenica genocide, in which Serbian forces commanded by Bosnian Serb Ratko Mladic killed about 8,000 Bosniak men and boys, as a "massacre of Muslim soldiers," but later revised this position and described it as "the worst crime against humanity" in post WWII Europe.

The decision to award Handke this year's literature prize caused uproar across Europe and prompted two members of the Nobel committee to resign earlier this week. A member of the Swedish academy, historian and writer Peter Englund, also announced he would be boycotting the ceremony.

After he was declared winner last month, Handke publicly denied being a Milosevic sympathizer. He also repeatedly grew verbally aggressive when asked about his more controversial opinions on the Yugoslav war. When asked about Srebrenica on Friday, Handke spoke about receiving a hate letter with "calligraphy" of excrement.

"I tell you I prefer the toilet paper, an anonymous letter with toilet paper inside, to your empty and ignorant question," he told the reporter in Stockholm.

The 77-year-old also dropped an interview and told a different reporter to leave his house last month after he was asked about taking a Yugoslav passport in 1999.