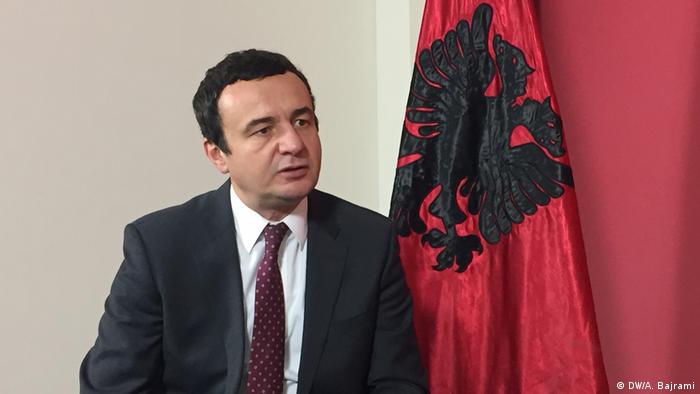 He and his cabinet were installed just a day before the deadline, narrowly avoiding a political crisis.

Kurti's coalition is comprised of the leftist Vetevendosje (Self Determination "VV") party and the center-right Democratic League of Kosovo (LDK), the two leading parties in the country's parliament.

Albin Kurti, 44, of the VV party announced he would become prime minister under the agreement and collaborate with the LDK party as well as other groups.

"We will be the government of economic development and employment," said Kurti, adding that he aims to create a "socially just state."

Together, the coalition parties hold 77 of the parliament's 120 seats.

Kurti, now a self-described Social Democrat, once led violent street riots and was dubbed Kosovo's "Che Guevara." He first gained notoriety by organizing demonstrations in the 1990s against Serbia's repression of Kosovo's ethnic Albanian majority. What followed was a two-year stint in a Serbian prison.

Snap elections took place in October last year after Haradinaj stood down as prime minister following allegations of war crimes. An EU-funded war crimes court in The Hague had summoned the former leader for questioning.

Under the new agreement, the government will be made up of 15 ministries, with the VV and the LDK appointing six ministers each. The remaining three posts will be filled by representatives from ethnic minorities.

In 2008, Kosovo declared independence from Serbia. Kosovo is not recognized as an independent state by several countries, including Serbia.  The new Kosovo government will be expected to negotiate a deal with bordering Serbia.

"We believe it is a good deal that will enable changes that our country needs to make," said LDK leader Isa Mustafa. "We want this government to be successful and to meet people's expectations at last."

Kosovo's planned reintegration of IS members

The EU has failed in the Balkans and now the United States is re-engaging with the region. But that’s not good news for the countries of the former Yugoslavia, says Norbert Mappes-Niediek. (01.02.2020)

Nobel Prize laureate Peter Handke is not welcome in Kosovo due to "the support he gave to Milosevic and his genocidal policies," Kosovo Foreign Minister Behgjet Pacolli said. Handke has also been banned from Sarajevo. (11.12.2019)