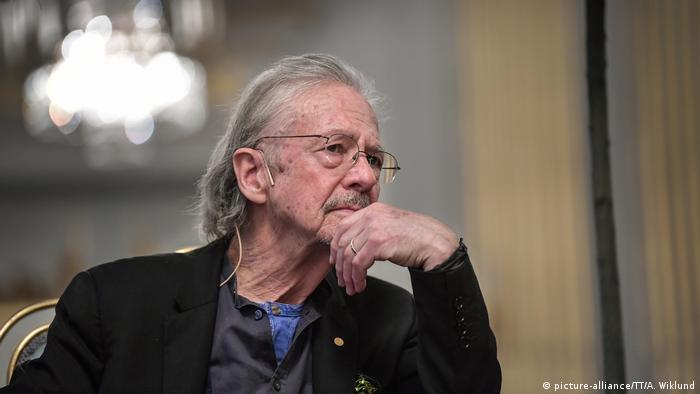 Austrian writer Peter Handke has been declared a "persona non grata" in Kosovo over his position on late Serbian dictator Slobodan Milosevic, Kosovo Foreign Minister Behgjet Pacolli declared on Wednesday, a day after Handke was handed the 2019 Nobel Prize for Literature in Stockholm.

Earlier on Wednesday, regional lawmakers in Bosnia & Herzegovina's capital city Sarajevo passed a similar measure. Handke was declared unwelcome in Sarajevo while the Swedish Academy was denounced for giving the award to the 77-year-old writer.

Handke has been a vocal supporter of Serbia during the Balkan wars of the 1990s, which saw Serb forces commit war crimes in Kosovo, Bosnia, and Croatia. Most notably, he gave a eulogy at the funeral of Milosevic 2006. Milosevic died while on trial for war crimes in The Hague.

He once described the Srebrenica genocide, in which Serbian forces commanded by Bosnian Serb Ratko Mladic killed about 8,000 Bosniak men and boys, as a "massacre of Muslim soldiers," but later revised this position and described it as "the worst crime against humanity" in post WWII Europe.

In recent years, Handke has denied supporting Milosevic and being his sympathizer, but has also refused to clarify his more controversial remarks. He has also repeatedly grown verbally aggressive when pressed by journalists on the issue.

Last week, Kosovo's Pacoli announced that his country will boycott the Nobel awards ceremony on Tuesday. Ambassadors of Albania, Bosnia, Croatia, North Macedonia, and Turkey also stayed away from the Stockholm event.

In turn, Serbian nationalists praised Handke and the Swedish Academy's decision. Responding to the Sarajevo move on Wednesday, the mayor of the Serb-dominated Banja Luka, Igor Radojcic, invited Handke to visit the city, which serves as capital of Serb entity Republika Srpska.