Chinese and South Korean state media have confirmed North Korean leader Kim Jong Un has met Chinese President Xi Jinping in Beijing. Kim told Xi his regime was "committed to denuclearization" ahead of talks with the US. 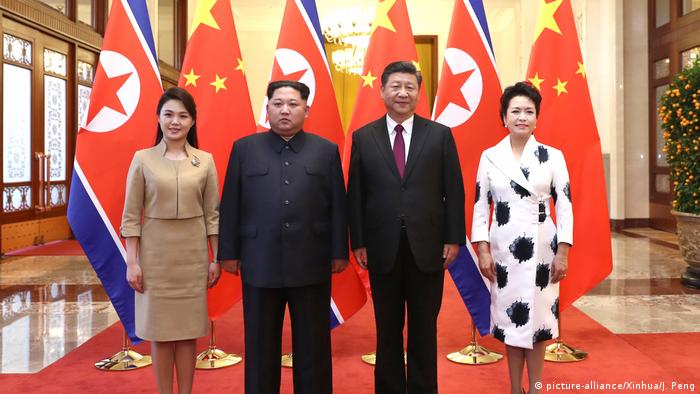 North Korean leader Kim Jong Un made a surprise visit to China this week, Chinese state news agency Xinhua has reported, ending days of speculation about whether he was aboard an official Beijing-bound train on Sunday.

The visit, which took place from Sunday until Wednesday, was Kim's first known trip abroad since assuming power in 2011.

Kim held talks with Chinese President Xi Jinping in Beijing, during which the Chinese president hosted a banquet to welcome him and his wife Ri Sol Ju.

"I have had successful talks with General Secretary Xi Jinping on developing relations between the two parties and the two countries, our respective domestic situation, maintaining peace and stability on the Korean Peninsula, and other issues," Kim said at the opening banquet.

Tensions on the Korean Peninsula were "developing rapidly," Kim said, adding that he "felt he should come to inform Xi in person [about] the situation out of comradeship and moral responsibility." 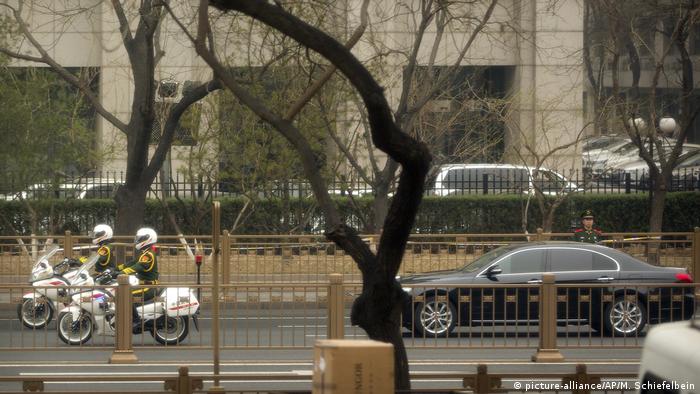 Kim told Xi his regime was "committed to denuclearization," according to Xinhua.

"The issue of denuclearization of the Korean peninsula can be resolved, if South Korea and the US respond to our efforts with goodwill, create an atmosphere of peace and stability while taking progressive and synchronous measures for the realization of peace," Kim said.

China is Pyongyang's closest ally, but ties have become strained after Beijing backed UN sanctions against North Korea in response to its missile program. 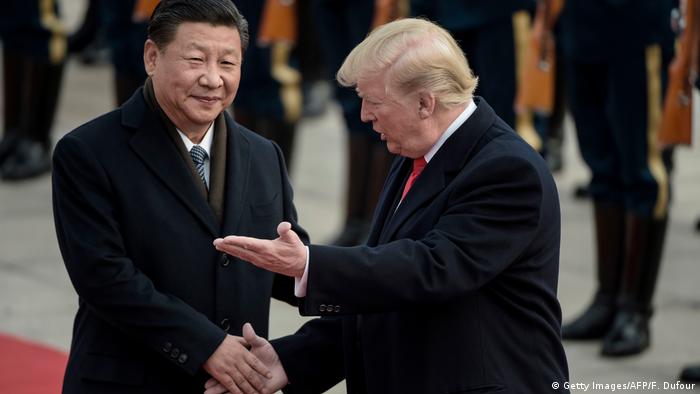 Russia, US and South Korea react

Russia said it welcomed the meeting as an important step in reducing tensions on the Korean peninsula. The foreign ministry added it would continue working with China to resolve disputes by "purely diplomatic means."

The White House said the Chinese government had made contact on Tuesday to tell US officials about the visit.

White House spokeswoman Sarah Huckabee Sanders said the briefing included a "personal message from President Xi to President Trump," which was conveyed to the president,Sanders did not elaborate on the contents of the message.

An official at the South Korean presidential office said Seoul was expecting a detailed briefing on Thursday from China about Kim's visit.

'Not dialogue for dialogue's sake'

Abe is scheduled to visit the US from April 17-19 for talks with President Donald Trump ahead of a planned summit between Kim and Trump sometime before the end of May, Kyodo News agency reported.

Kim Jong Un and South Korean President Moon Jae-in said recently they plan to meet at a summit in April for only the third meeting between leaders from both Koreas since the end of the Korean War in 1953.

Officials from North and South will meet on March 29 to lay the groundwork for an April summit between Kim and South Korean President Moon Jae-in, Seoul said.

The agreement to hold the summit came amid thawing tensions, which began improving before the Winter Olympic Games in Pyeongchang in early February.

US President Donald Trump has said he thinks Pyongyang will adhere to a promise to suspend missile tests. The billionaire has agreed to take part in a historic summit with North Korean leader Kim Jong Un within weeks. (11.03.2018)