A popular surfing beach on Russia's Pacific coastline is now the site of a suspected ecological disaster, as its waters turn yellow and scores of dead sea animals wash up on the shore. 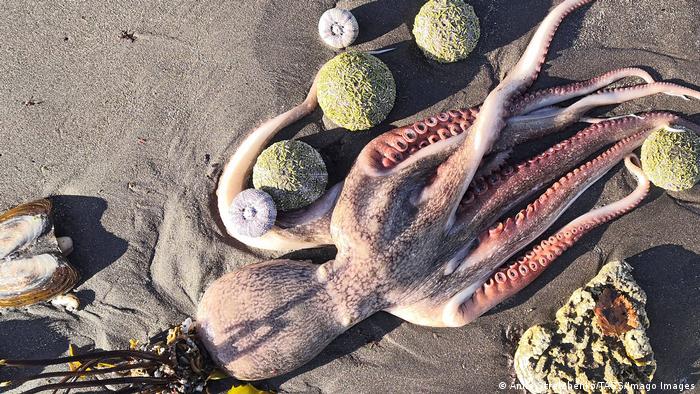 Local authorities in the eastern Russian city of Petropavlovsk-Kamchatskiy have been warning people against visiting the nearby Khalaktyrsky beach, after surfers complained of partially losing their eyesight and experiencing headaches, fevers and nausea when venturing into the water.

"I noticed the ocean had a strange taste and didn’t smell like it usually does. My eyes hurt, I had a dry, scratchy throat and my body itched horribly," Anton Morozov, founder of local surfing school, Snowave, told DW.

He and his team first noticed their symptoms in early September, but didn't associate them with the ocean until later in the month, when they reported them to the authorities.

Since then, images of dead octopuses, seals, sea urchins and starfish littered along the beach have been shared on social media, with some beachgoers saying dead fish look as if they have been boiled.

The authorities took samples from the ocean, where by the end of September, Morozov said a "yellowish-greenish liquid" had appeared along a 20 to 30-kilometer stretch of the shoreline.

Local investigators are now looking into three main reasons for the water pollution, including a toxic spill, volcanic activity in the area and naturally occurring deadly algal blooms, governor of the Kamchatka region, Vladimir Solodov, told a press conference on Monday. 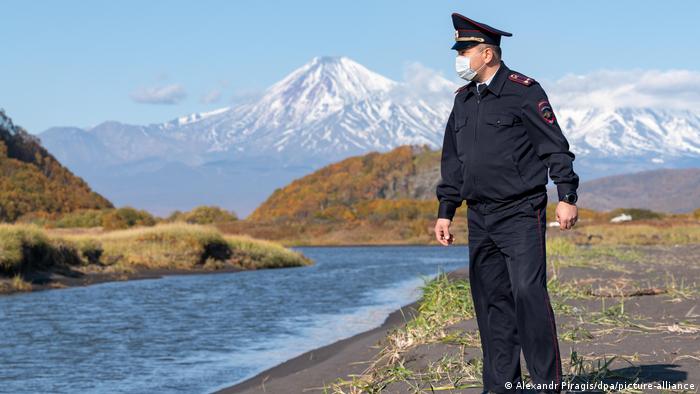 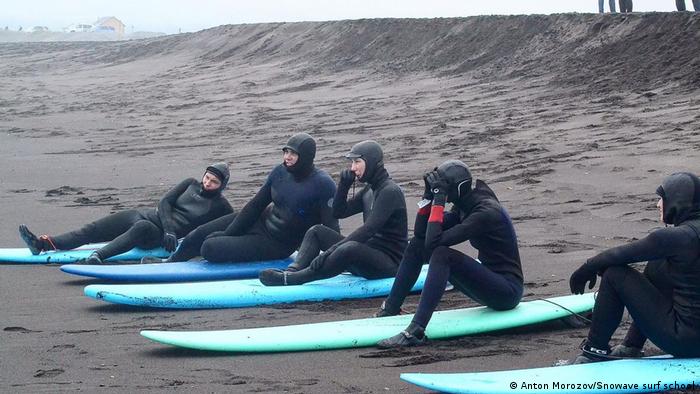 Surfers from Snowave Surf School noticed their eyes, throats and bodies were itchy after swimming at Khalaktyrsky beach in early September

On a video posted to Instagram, the governor said the situation was normalizing due to the ocean's unique ability to self-regenerate.

"As I said, we will push for a full and meticulous investigation of the reasons behind what happened, but now we can observe that the situation has significantly improved in the past few days."

The region’s natural resources minister, Alexei Kumarkov, said tests on samples had thus far only detected unusually high levels of the chemical phenol and oil products in the water.

However, later on Monday, Russia's Natural Resources Minister said that the pollution was unlikely to be manmade, the RIA news agency reported.

Environmentalist Dmitry Lisitsyn, head of local NGO Sakhalin Environmental Watch, told DW there have been no visible signs of oil on the surface of the water, and the bottom-dwelling sea creatures that have been found dead are not normally linked to oil spills.

"Petroleum products are lighter than water — they form a film at the top of the water, which mainly kills birds. Oil products aren't poisonous enough to kill such a huge amount of animals," he said. 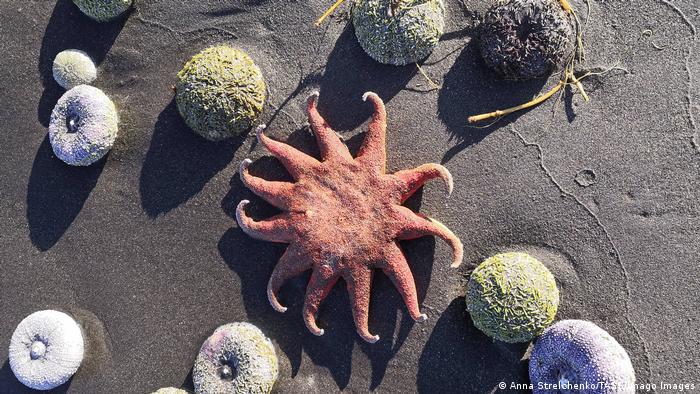 Nicky Cariglia, an independent marine pollution advisor, said oil spill events are often "very obvious", and that though in some cases it is possible for spills of very light oil to kill marine animals that live on the sea floor, oil tends to float on the surface of the water.

"The first thing you see when you have an oil spill is the presence of oil — whether it’s crude oil or bunker oil or even lighter types of oil," she told DW.

As to the high concentrations of phenol in the water, Cariglia said it is not enough to indicate whether the event is a result of human activity or a naturally occurring phenomenon.

"High levels of phenol concentration can result from land-based runoff — if there have been, for example, a lot of fires — or from harmful algal blooms, or also from other decomposing organic materials," she said.

Lisitsyn is "convinced" the water pollution is linked to a leak of decades-old expired rocket fuel from the Radygino military base located 10 kilometers from Khalaktyrsky beach. 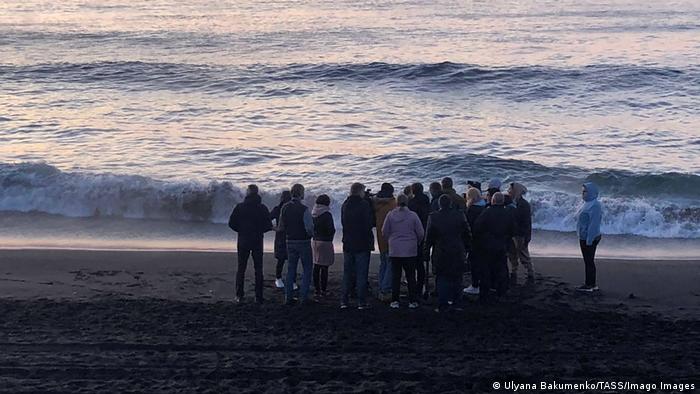 Anton Morozov, founder of Snowave surfing school, told DW at least 200 people have visited the beach since he and his team first noticed symptoms 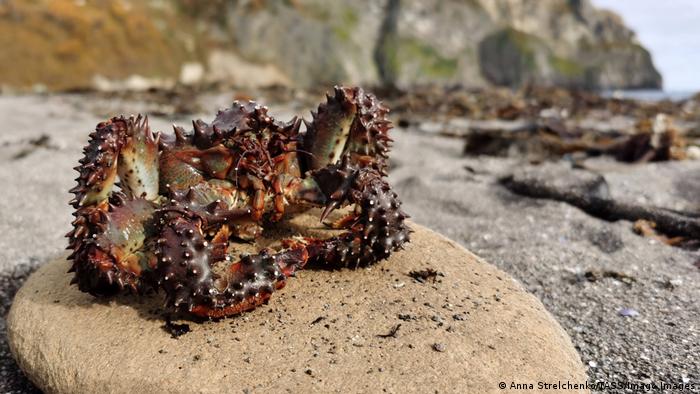 Masses of dead sea animals have washed up on the beach's shore, including seals, octopuses, starfish and sea urchins

"It’s very likely that the waste disposal site there started to leak, maybe the storage tanks broke and a large amount of rocket fuel was washed into the ocean," Lisitsyn told DW, speculating that the noxious liquid could have been washed into the ocean during a cyclone that hit the area on September 9.

He says it is now up to authorities to launch a thorough investigation into the source of the contamination, which includes determining whether there is an ongoing leak.

"The military base needs to be examined, as do the storage locations and all the streams of water that flow down from it into the ocean," he said, adding that the components of rocket fuel are carcinogenic and that if it were spilling uncontained into the ocean, it could have long-term effects — not just for marine life.

"They are very harmful to people. I wouldn't recommend walking along this beach or breathing in the fumes there."