Biggest ever seaweed bloom stretches from Gulf of Mexico to Africa

Thousands of kilometers of the pungent, slimy algae has built up over the past decade, partly due to climate change. Mexico has spent millions removing the seaweed from its beaches. 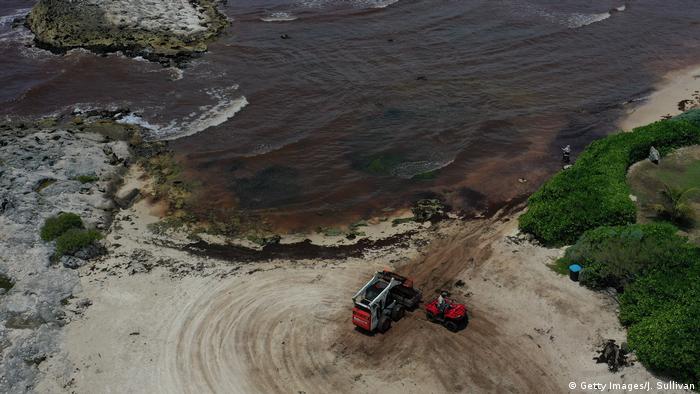 A vast expanse of brown seaweed stretching across the Atlantic is a threat to tourism but a boon to marine life, US researchers have said.

A report by the University of South Florida, published on Thursday, showed satellite images of the biggest ever bloom of the sargassum seaweed, which last year extended from the US and Mexico's Atlantic coast to Africa.

The report, published in Science magazine, estimated that the giant patch grew to 8,850 kilometers (5,500 miles) wide and weighed 20 million tons.

Researchers found that sargassum, which was previously confined to the Gulf of Mexico and the Sargasso Sea, has spread to the central Atlantic Ocean over the past decade. 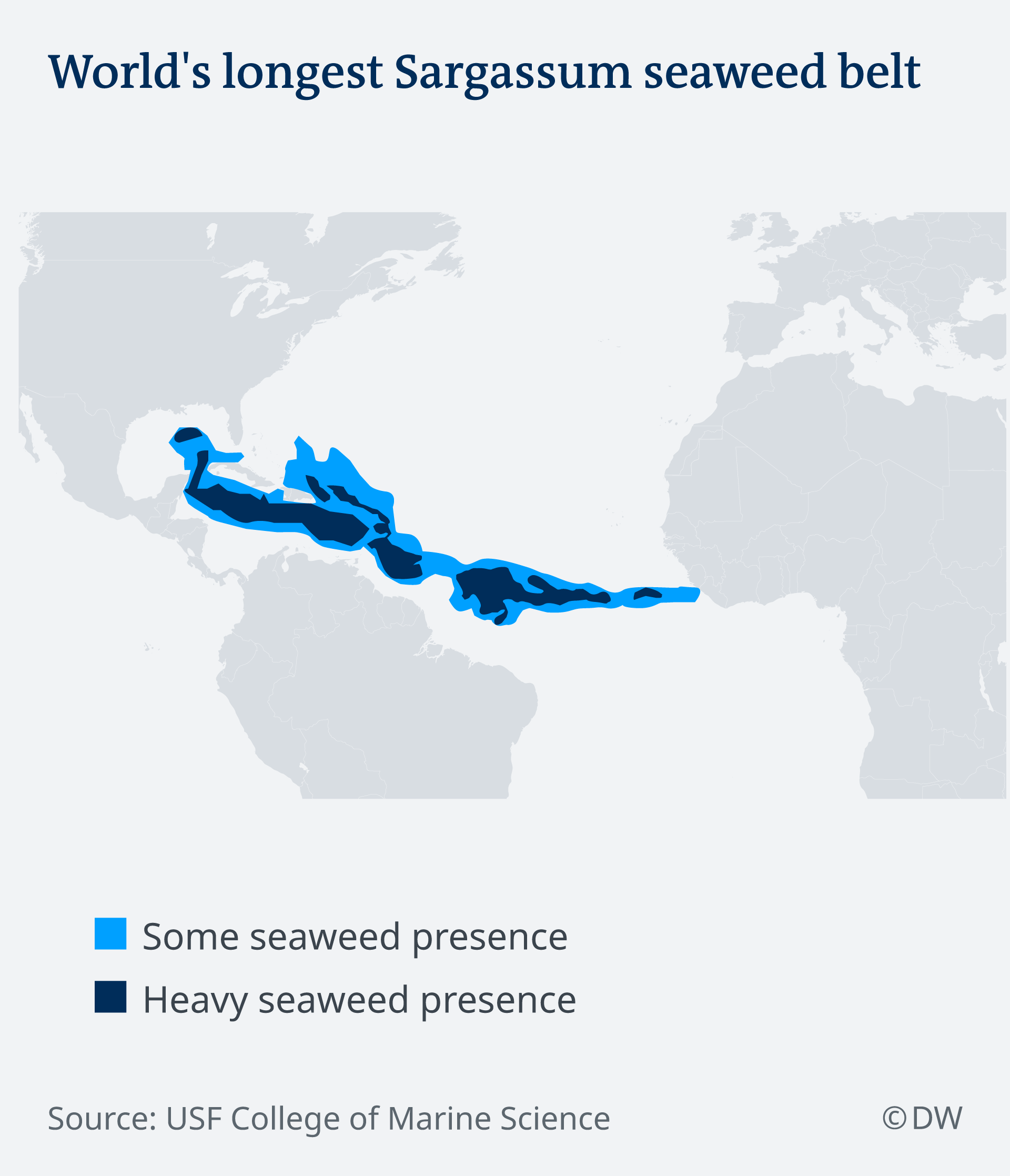 They said that some beaches in Florida and Mexico now have had so much sargassum that at times, swimmers are prevented from entering the sea.

The increase in the stinking mounds of rotting seaweed at the waterline has led to an increase in complaints from tourists and sullied the reputation of many paradise resorts.

Researchers said that 2019 looks set to be another record year of seaweed growth and that the phenomenon could become the new normal.

"The oceans are connected across the regions and we are going to see more sargassum coming to the Florida coast," researcher Mengqiu Wang said. "It is not fatal, it is not poisoning tides; it is more of a public nuisance and can cause some public health concerns."

The Sargassum Monitoring website recently tweeted a map of the worst affected areas, so far, this year.

The report's authors, meanwhile, blamed climate change, and the runoff of fertilizer into rivers and the sea, for the huge growth of the sea plant.

In particular, the team noted that total fertilizer usage on Brazilian land around the Amazon had increased by 67% between 2011 and 2018.

The thick seaweed also releases hydrogen sulfide gas, which smells like rotten eggs and can cause problems for those with respiratory issues.

An invasion of brown algae in Mexico

Researchers said that marine life can benefit from the huge blooms, as they provide a safe habitat for many fish. However, they can also block the sunlight.

Last month, Mexico said it had spent $17 million (€15 million) to remove over half a million tons of sargassum seaweed from its Caribbean beaches.

Local authorities deployed boats specially adapted to remove the plant and built new barriers to keep it away from beaches.

"Fighting sargassum is a chore every day," Cancun Mayor Mara Lezama recently told The Associated Press. "You clean the beaches in the morning, and sometimes you clean them again in the afternoon or at night, and then you have to go back and clean it again."

The deluge of seaweed has also prompted several Caribbean countries to consider declaring national emergencies, due to the impact on tourism.

Nature's gift? The many uses of algae

Seaweed is a global phenomenon and is often seen as either a plague or a blessing. Over the past 99 episodes, eco@africa has looked into the many uses of this marine plant — everything from superfood to clothing. (19.02.2018)