While on an official visit to Nairobi, US Secretary of State John Kerry announced new aid packages for Kenya and South Sudan. Additional aid will be directed toward refugee and security programs in the region. 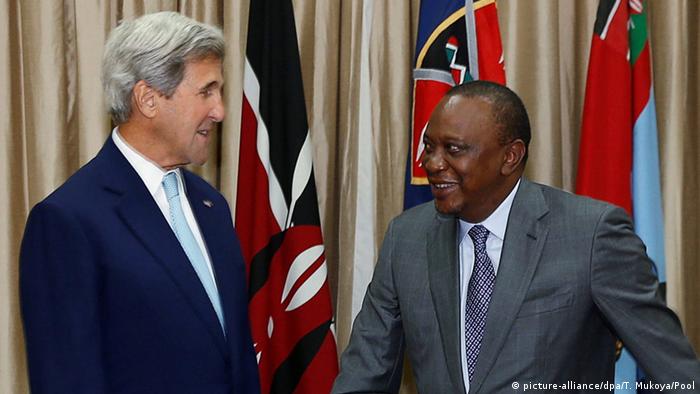 The US said that it will help finance next year’s general elections in Kenya to ensure that everything runs smoothly .

"We are investing over $25 million(22 million euros) this year in order to support your electoral process coming into next year, what that means is we want to strengthen your election operations," said Kerry in a post-meeting press conference.

The US also announced $138 million in new aid to South Sudan to help in the provision of basic needs and has promised continued engagement with the country in an attempt to end the continuing conflict. Foreign Ministers from Kenya, South Sudan, Sudan, Somalia and Uganda agreed to move forward with the deployment of a regional protection force authorized by the UN Security Council to bring peace in South Sudan.

"This is not an intervention force, this is a protection force. Warring parties have terrorized and abused non-combatants," said Kerry.

Machar fled the capital Juba in July 2016 and his whereabouts remain a mystery, fuelling political uncertainty. Earlier this month, the UN Security Council voted to send 4,000 additional peacekeepers to South Sudan with a strengthened mandate to provide security.

Two weekend car bomb attacks were reported in Somalia's semi-autonomous region of Puntland. The attacks on Kenya's neighbor to the northeast were claimed by the militant group al-Shabab and highlight the volatility in parts of East Africa. The blasts, which killed at least 20 people on Sunday, were swiftly condemned by the White House as "cowardly."

Somalia faces key parliamentary elections next month and a presidential election in October. Much of the country is still vulnerable to al-Shabab attacks.

Kenya has troops serving with the pro-government 22,000 strong AMISOM force in Somalia, which al-Shabab uses as pretext to mount attacks on Kenyan soil. 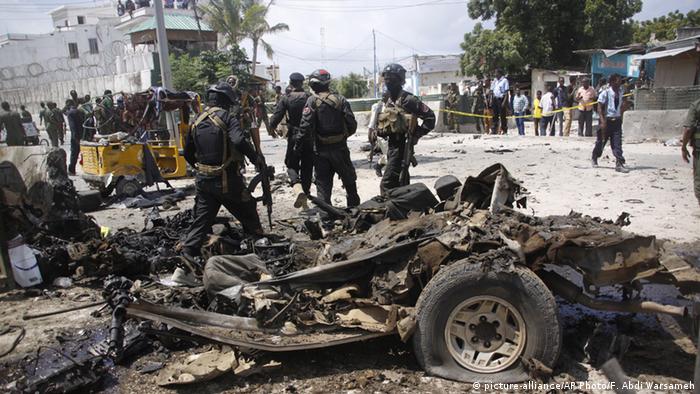 Kenyans DW spoke to on the streets of Nairobi were mixed in their reactions to Kerry's visit.

"It is a plus since the Americans are well-equipped in terms of fighting terrorism, so when we work together with them I think we will benefit," one Kenyan said.

Another Kenyan said "let him come and talk about how we can tackle terrorism because we have this al-Shabab in Somalia, it has been a problem for Kenya. For trade to happen, there must be peace and security."

But a third Kenyan approached by DW was less enthusiastic.

"To me the coming of John Kerry is not something that Kenya should be happy about. Whenever Americans visit or try to be friendly with a country it always ends up in disaster."

Kerry's previous visit to Kenya in May 2015 paved the way for US President Barack Obama's trip two months later.

The high-profile US diplomatic mission underlines Kenya's importance as a regional partner to the US, particularly on security, and demonstrate a thawing of relations that cooled while President Kenyatta was under indictment by the International Criminal Court for alleged election-related crimes against humanity. 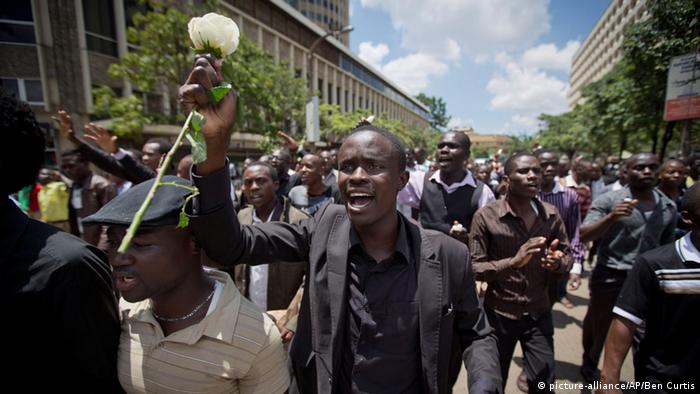 Al-Shabab was blamed for the 2015 attack on Garissa University in which 148 people were killed, mostly students

The response by the Kenyan security agencies to al-Shabab attacks has prompted fears of rights abuses. In a letter to Kerry before his visit, the Human Rights Watch group (HRW) urged him to discuss rights concerns with Kenyatta.

HRW said it had documented 34 cases of extrajudicial killings and another 11 deaths of people last seen in state custody over alleged links with al-Shabab militants in Nairobi and in the northeast.

On Tuesday and Wednesday, Kerry will visit Nigeria, Africa's most populous nation of about 180 million people and one of its largest economies.

He will meet with President Muhammadu Buhari, who is making efforts to fight corruption while the economy struggles with the fall in the price of oil, the nation's chief source of revenue.

Kerry also will meet with leaders from the country's largely Muslim north, where the militant group Boko Haram continues to carry out attacks.

Over the weekend, Boko Haram killed 10 people and abducted 13 others in a raid on a village near the town of Chibok, where the militants kidnapped over 200 schoolgirls in 2014. 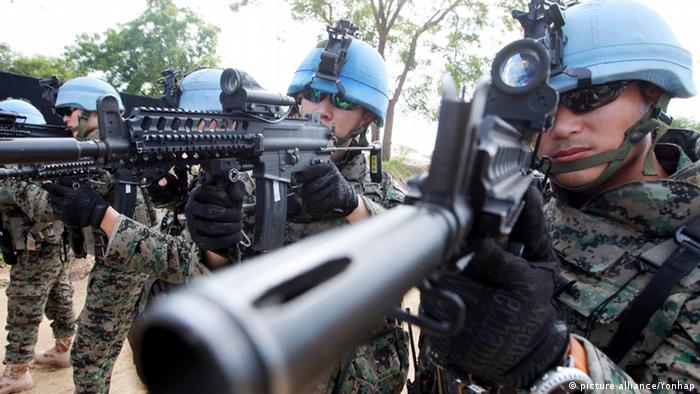 The UN Security Council has voted to send a further 4,000 peacekeepers to South Sudan

Angelo Izama, a Uganda-based political commentator, told DW that Kerry's visits to Kenya and Nigeria, which are battling with al-Shabab and Boko Haram respectively, show "how seriously the US establishment considers the issue of long-term responses to international terrorism by trying to contain it in their home areas."

Izama said he thinks that under President Obama, the US has taken a step back in policy towards Africa and therefore allowed African nations to try and find their place in the global environment.

"In many ways I think the spotlight has been harsher on the inadequacies of African leaders because of a less aggressive foreign policy," Izama said.

Andrew Wasike in Nairobi contributed to this report.

Several people have been killed after suicide bombers and gunmen attacked a police building in the Somali capital, Mogadishu. It is the second major operation in the city this week to be claimed by al-Shabab militants. (31.07.2016)

A human rights group has accused Kenyan security forces of abducting and killing men whom they suspect of having links to Islamist extremists in northeast Kenya. All the reported victims are of ethnic Somali origin. (20.07.2016)

African Union to withdraw troops from Somalia by 2020

The African Union has said it will withdraw troops battling Islamist militants from Somalia. The mission to help secure the country has faced funding shortfalls. (07.07.2016)