African Union to withdraw troops from Somalia by 2020

The African Union has said it will withdraw troops battling Islamist militants from Somalia. The mission to help secure the country has faced funding shortfalls. 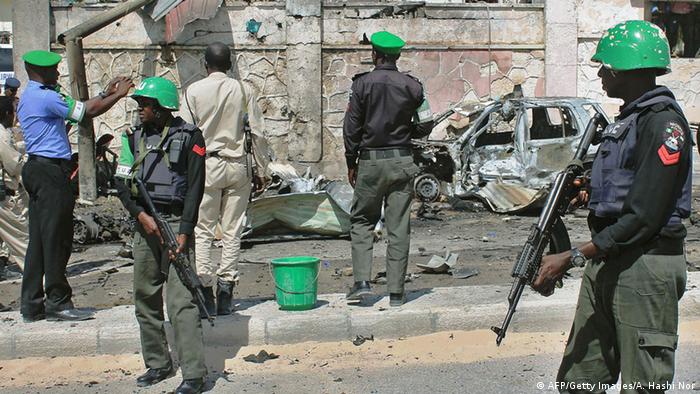 The African Union announced on Thursday it was planning to pull out all of its 22,000 troops from Somalia and hand over security to local forces in less than four years.

In its exit plan, the AU said its peacekeeping mission, known as AMISOM, would stagger the withdrawal starting in October 2018, gradually transferring security responsibilities to "a capable, inclusive and effective" Somali national army.

The announcement comes as the multi-national peacekeeping mission faces funding shortfalls, with some soldiers having gone several months without pay.

The EU earlier this year cut funding to the AU mission to Somalia by 20 percent. The funding shortfall prompted Uganda to say it would withdraw all of its more than 6,000 troops by the end of 2017.

In its statement, the AU said that the EU, the largest financial contributor to the force, had agreed to expedite payment to cover the back salaries of soldiers.

The militant group was expelled from the capital Mogadishu in 2011 but still regularly carries out attacks in the city and countryside.

First deployed in 2007, AU troops have helped bring a degree of stability and support to the internationally-backed government after years of civil war.

However, questions remain whether both the size and quality of the Somali army forces will be able to provide sustained security in the country without continued international support. The army is riven by clan rivalries and international military training is poorly-coordinated.

The recent refugee crisis in the Arab world and Europe has taken the spotlight off sub-Saharan Africa. But a new report by UNHCR reveals that the situation in Africa in 2015 was also grim. Here is a graphical overview. (20.06.2016)