The recent refugee crisis in the Arab world and Europe has taken the spotlight off sub-Saharan Africa. But a new report by UNHCR reveals that the situation in Africa in 2015 was also grim. Here is a graphical overview. 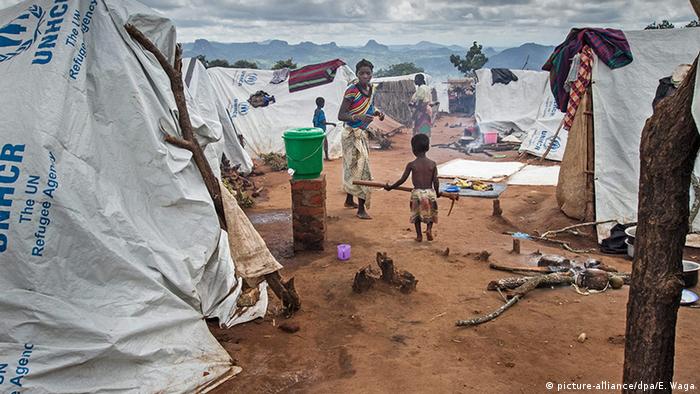 The latest report from the United Nation's refugee agency (UNHCR), titled "Global Trends: Forced Displacement in 2015," paints a grim picture of the global refugee crisis. More than 65 million people around the world have had to flee their homes due to war, persecution, violence and human rights violations. These figures have never been so high since the UNHCR was established in 1950.

Most affected, however, was the African continent. In late 2015, about 16 million people in Africa were either displaced or forced to flee to other countries. This figure increased by 1.5 million from 2014.

Most of these people, about 10.7 million of them, were internally displaced persons (IDPs). The remaining 5.2 million were people that fled their home countries. The vast majority of these refugees, roughly 4.4 million, sought refuge in neighboring countries. 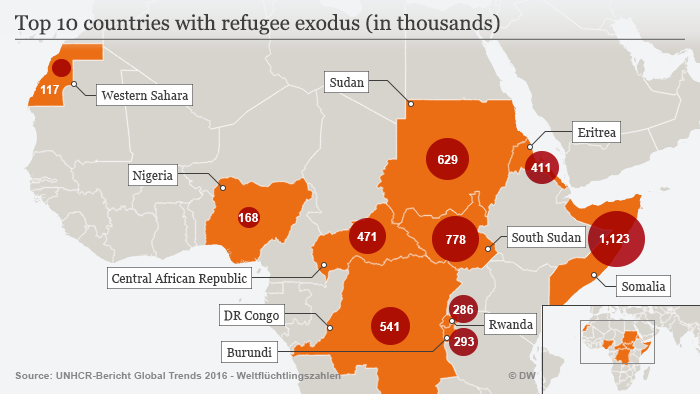 Like the previous years, the ongoing civil war in Somalia remained a huge factor in the high number of refugees. The simmering conflicts in South Sudan and Sudan were also responsible for putting many people on the run. Burundi descended into chaos after President Pierre Nkurunziza announced he was running for a third term, an election he went on to win. In Nigeria, the Boko Haram crisis drove a higher number of refugees to neighboring countries. 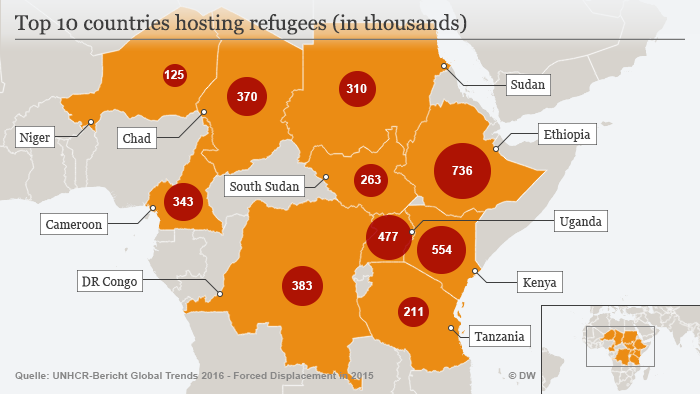 The main host countries for refugees in 2015 remained Ethiopia and Kenya. The majority of refugees from Somalia, Sudan and South Sudan have sought refuge in these two East African nations. A country that saw a major increase in refugees was Uganda, where many people fleeing fighting in Burundi sought refuge. Also in Cameroon, the UNHCR counted more refugees in 2015 than in the previous year. The Boko Haram crisis on Cameroon's northwestern border with Nigeria was responsible for the high numbers. 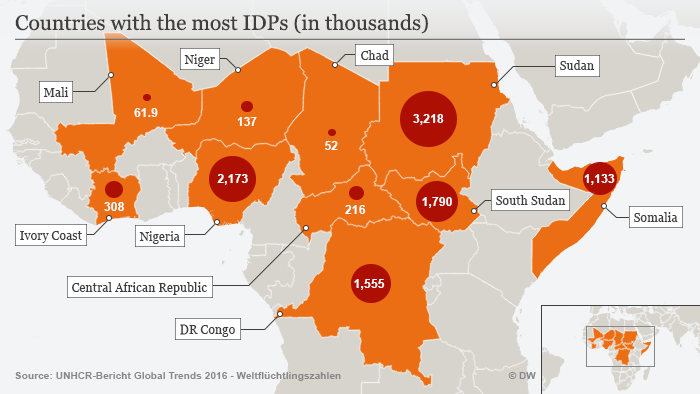 Sudan, South Sudan, and Somalia also belong to the countries hardest hit by the rising number of IDPs. In Nigeria, the number of displaced people within the country compared to 2014 nearly doubled. But within the Democratic Republic of the Congo, more than 700,000 internally displaced persons returned to their hometowns in 2015.

Aid group Medecins Sans Frontieres says it will no longer take funds from the EU and its member states in protest at the bloc’s measures to curb migrant arrivals. Specifically, it objects to an EU deal with Turkey. (17.06.2016)

Opinion: The EU paper tiger to fend off refugees

The EU says the migration pact with Africa is a completely new initiative. However, Ludger Schadomsky comments that it aims only to prevent people traveling to Europe, rather than reshaping patterns of migration. (08.06.2016)