AU in Somalia: underfunded and overwhelmed

AMISOM, the African Union mission in Somalia, claims to have successfully repulsed an attack by al-Shabab militants on one its military bases. Its ability to protect and support the Somali government is limited. 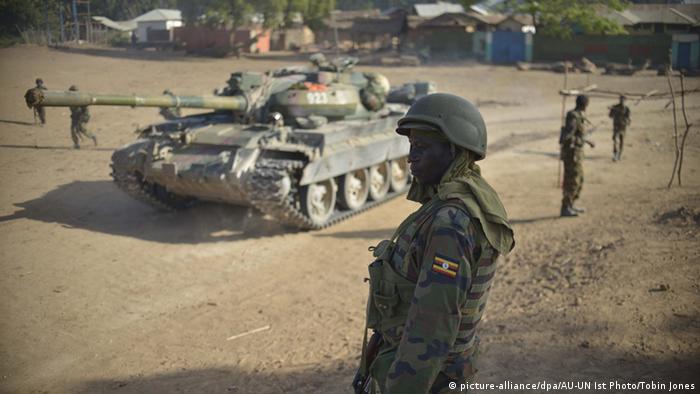 The African Union Mission in Somalia (AMISOM) is made up of 22,000 troops from Kenya, Ethiopia, Uganda and Burundi. Its origins can be traced back to December 2006 when the UN Security Council passed Resolution 1725 which authorized the Intergovernmental Authority on Development (IGAD) and the African Union (AU) to establish a protection and training mission in Somalia.

The aim was to protect what was then the Somali transitional federal government from attack by the militant Islamic Courts Union. However, finding troop contingents to join the mission proved to be extremely difficult and it wasn't until December 2007 that the first AMISOM troops were deployed. Since then it has met with limited success.

Ethiopian firepower was able to drive the Islamic Courts Union out of the capital Mogadishu but the ensuing power vacuum was then filled by a new Islamist militia, the al Qaeda-linked al-Shabab. Their objective was to overthrow the weak, fragmented transitional government and to expel the AU troops, in particular the 'Christian' Ethiopians, whom they regarded as occupiers.

Hindered by incompetence and the reluctance of African partner countries to supply troops, AMISON restricted itself for a long time to protecting just the high security zone at the airport, the Port of Mogadishu and the presidential villa from the jihadists. The Somali population, traumatized by two decades of civil and clan warfare, rarely saw the AU troops out on patrol. 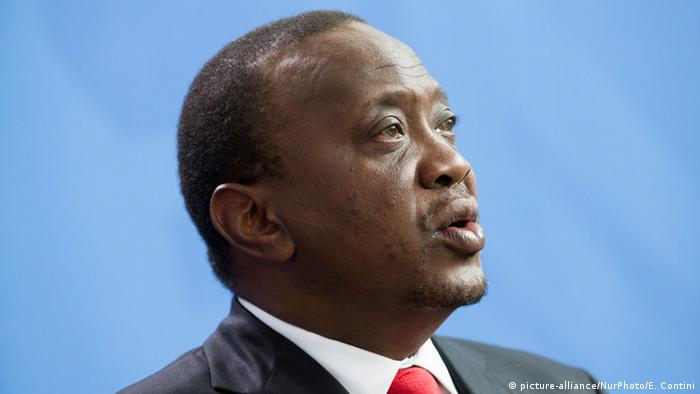 Large-scale military offensives - supported by drones from the US - were periodically able to drive al-Shabab out of parts of Somalia. Recently AMISOM has been able to establish a presence in the provinces, but has repeatedly sustained heavy losses when the militants launch counter offensives.

In an attack in January 2016, probably as many as 140 Kenyan soldiers were killed; Burundi and Uganda have also sustained heavy losses. Ethiopian troops, renown for their effectiveness in combat, were attacked by al-Shabab for the very first time on Thursday (09.06.10).

From the very beginning, AMISOM has faced allegations of mismanagement, corruption and poor discipline. Soldiers go for months without pay while high-ranking officers are said to have been engaged in business deals with al-Shabab. Somali analysts say the European Union's (EU) military training program is counter-productive. On completing their training, many of the new Somali recruits defect to the enemy.

In spite of sizeable backing by the US and the EU (totaling 1 billion euros or $1.1 billion since 2007), AMISOM's logistics and hardware is at best rudimentary and inferior to that of al-Shabab in many areas. Kenyan President Uhuru Kenyatta has threatened to pull his troops out if international partners fail to remedy the shortfall in funding.

Somalia attack: 'It's impossible to know the real numbers'

The AU peacekeeping mission AMISOM and the militant group al-Shabab have both claimed casualties after the militants attacked an army base in Somalia. But the numbers are difficult to verify, a Somalia expert told DW. (09.06.2016)

Somalia's al-Shabab militant group has killed 30 Ethiopian soldiers after ramming a suicide car bomb into an African Union military base in the war-torn east African country. It is its first attack on the AU there. (09.06.2016)

At least fifteen people, including two lawmakers, have been killed in a car bomb and gun attack at a hotel in Mogadishu. Separately, the US has said it killed a senior al-Shabab leader in a drone strike. (01.06.2016)