Pakistan has dedicated its Independence Day to highlight the Kashmir conflict. Experts say the Islamic country's political discourse still revolves around Indian hatred even after 69 years of independence. 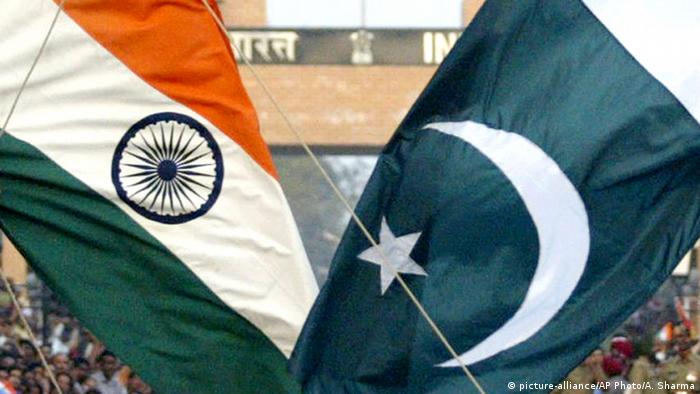 The Kashmir conflict continues to dominate the political discourse of Pakistan as the country celebrated its 70th Independence Day on Sunday, August 14 - a day before its arch-rival India commemorates its own freedom.

The nuclear-armed neighbors have fought two of their three wars since independence from British rule in 1947 over Kashmir, which they both claim in full but rule in part.

Violence in the Indian-administered Kashmir has claimed over 50 lives in the past one month. While New Delhi blames Islamabad for backing the Kashmiri insurgents, Pakistani authorities accuse India of committing human rights abuses in its portion of the valley. 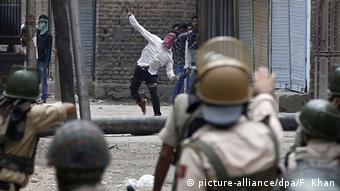 The Kashmir conflict features so prominently in Pakistan that Prime Minister, Nawaz Sharif, dedicated his country's 70th Independence Day to the "freedom of Kashmir" from Indian rule.

"This Independence Day is memorable as the spirit of independence in occupied Kashmir is at its peak nowadays. The new generation of Kashmiris has raised the flag of freedom with a new vigor," the prime minister said.

Commenting on Pakistan's pre-occupation with Kashmir, Varad Sharma, an Indian expert on Kashmir, told DW that Islamabad had always termed Jammu and Kashmir as an unfinished business leftover from India's partition in 1947.

Independence Day in the midst of violence

But many political analysts are of the view that Pakistani officials use the Kashmir rhetoric to divert people's attention from the various crises their nation faces today. A week ago, a Taliban faction killed over 80 people in a suicide attack in the western city of Quetta.

The Pakistani government claimed the Indian intelligence agency RAW (Research and Analysis Wing) was behind the Quetta bombing.

"The 'Indian agents' thinking is deeply entrenched not only in the mindset of our policy-makers, but also among the general public. Unfortunately, the media too, promotes the 'foreign forces-did-it' narrative," Zeenia Shaukat, an activist working for a labor rights institution in Karachi, told DW.

The Islamic country reels under home grown Islamic militancy, and that could be the reason why there was no huge military parade in the capital Islamabad, to mark the Independence Day. The jihadists have even attacked military installations in the past. 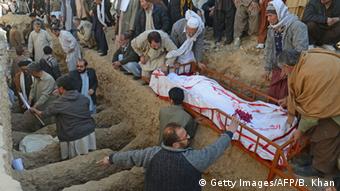 A week ago, the Taliban killed over 80 people in a suicide attack in the western city of Quetta

Pakistan currently faces its worst existential crisis, in the form of the Taliban insurgency in the north-western Khyber Pakhtunkhwa province, and in the separatist movement in the western Baluchistan region.

The world – especially the US and other Western countries - are keeping a close eye on the instability of nuclear-armed Pakistan. If the state were to disintegrate, it could result in a regional catastrophe beyond anyone's control.

Not much to celebrate

In this backdrop, there are many people in the Islamic Republic who believe there isn't much to celebrate about the "independence" of a country whose economy is so heavily dependent on the World Bank and the IMF. Inflation and unemployment in Pakistan are currently higher than ever, and a lot of young Pakistanis are desperate to leave the country in search of jobs.

Critics of Pakistan's ubiquitous army, blame the military generals for not allowing democracy to flourish in the country, and for supporting religious extremism to serve their own ends.

At the same time, there are others who maintain that Pakistan has not entirely failed. They point to its vibrant civil society, to its functioning - albeit corrupt - legislative body, and its somewhat independent - albeit incompetent - judiciary.

Karachi-based classical dancer and theater actor, Suhaee Abro, told DW that, "it would have been better for the people of the Indian sub-continent had they lived together."

Islamabad-based filmmaker and social activist, Wajahat Malik, went to the extent of calling the partition, "one of the biggest blunders of the 20th century."

"What benefits have the Muslims of the Indian sub-continent reaped from the partition of India, except that they are now scattered in three different countries [India, Pakistan and Bangladesh], and are subjected to sectarian and communal violence?" said Malik in an interview with DW.

In his view it is ironic that "religious bigotry, extremism, sectarianism and tribalism are shaking the foundations of a country which was carved out in the name of religion." 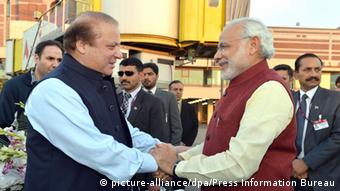 Many young Pakistanis believe that their country needs to start anew, get rid of its religious identity and improve ties with India and other countries in the region. They don't believe Pakistan can prosper if it is not at peace with its neighbors.

Malik believes that the best way for India and Pakistan to develop a closer relationship is through more interaction between their peoples. "People-to-people contact, trade and tourism are the way forward for the two countries. When people come together, the states will follow suit," he says.

Khizar Sharif, who works for an internet company in Karachi, told DW he didn't believe a solution would be found until both India and Pakistan reduce their defense budgets and spend more on social development and people's welfare.

But the dancer Abro is more optimistic. "We need more support from the people of both Pakistan and India. It is a long road and we need to be patient. I am sure there will be a change," she says.

An Islamic or secular Pakistan?

Did Pakistan's founder Jinnah want to create an Islamic or a secular state? The question divides Pakistanis even after 66 years of their country's independence. Some say Jinnah was not very clear about it himself. (26.12.2013)