As Pakistan commemorates the anniversary of the 1965 war against India, DW examines why the Kashmir dispute continues to affect the ties between the neighbors and who are the beneficiaries of the Indo-Pakistani conflict. 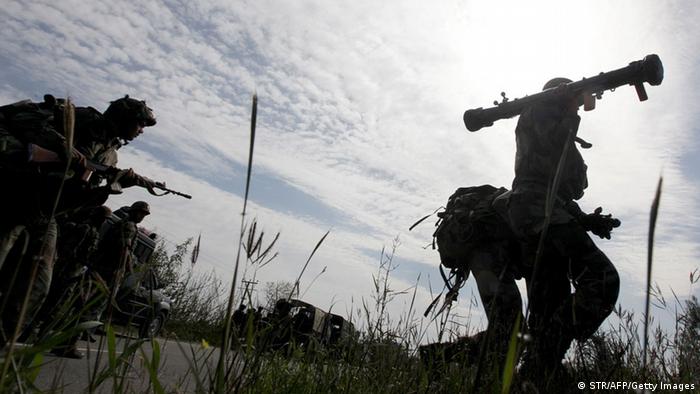 On September 6, Pakistan marks the 50th anniversary of its weeks-long war against India in 1965 – a war that Pakistan badly lost, according to many independent historians and researchers. India, too, is commemorating the event, with even more pomp and nationalistic arrogance than its neighbor. Prime Minister Narendra Modi wanted it to be a three-week-long celebration, which started on August 28 and will culminate on September 22. The idea, of course, is to demonstrate India's military might, and project its status as a regional superpower.

The ultra-nationalistic sentiments run high on both sides of the border, and the anniversary of the 1965 war encapsulates them fully. For the past few weeks, the Indo-Pakistani social media have been flooded by jingoistic posts – the Pakistani users paying tribute to their army for "defending" the country, for "defeating the Hindu enemies," whereas the Indians blame Pakistan for fueling Islamist terrorism in the disputed Kashmir region, which both countries claim in its entirety.

Much of the conflict between India and Pakistan is still about the Kashmir dispute. On August 22, Islamabad canceled proposed peace talks with New Delhi, saying they "would not serve any purpose" after India said it wanted to restrict discussions to terrorism. Earlier, Indian Foreign Minister Sushma Swaraj had made it clear that her country would not engage in negotiations with Pakistan if Sartaj Aziz, the Islamic country's national security adviser, insisted on meeting with separatist leaders from Kashmir in New Delhi.

Pakistan says that it backs the Kashmiri separatists only politically, but some experts say that the country has been providing ideological and military support to them since the independence of India and Pakistan from British rule in 1947. A number of scholars claim that it was Jinnah – Pakistan's founding father - who sent "irregular troops" along with jihadists to infiltrate the Kashmir region as early as 1947. The Indian retaliation led to a short war between the two newly-founded countries, after which the Indian army secured its control over most of Kashmir, whereas Pakistan captured only a small territory that it now calls "Azad Kashmir" or "the Independent Kashmir."

The 1965 war was also about Kashmir. "The truth is that the Indian-Pakistani war of 1965 did not start on September 6, 1965; it started much earlier," Arif Jamal, a US-based scholar on Islamic terrorism, told DW.

"The truth is that over 1000 Pakistani soldiers were sent by the Pakistani military to capture Indian-held Kashmir under the so-called Gibraltar Plan much before September, 1965. The Pakistan Army had told the country's information ministry to be prepared to receive good news from Indian Kashmir," Jamal said, adding that after the plan backfired and the Indians opened another war front along the eastern borders of the Punjab province, Pakistan went "begging to the UN" to broker peace. 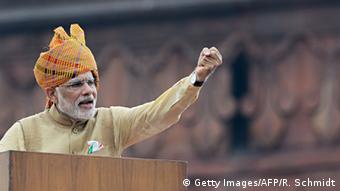 "It is a lie that Pakistan won the war," Jamal said.

"Over 13,000 people perished as a result of the events that took place during the 1965 war 50 years ago in the twin countries of India and Pakistan. Yet, the nationalists in both countries are telling us that this is a cause to celebrate. Only one word can describe these celebrations: madness," said Shahram Azhar, a Karachi-based economist and activist.

Indo-Pakistani ties have never been cordial, but the recent escalation of tensions has upset the neighboring countries' peace activists, who say that the blame game from both sides is harmful to the masses who need peace and development more than anything else.

Narendra Modi's election as Indian premier in May 2014 led some to expect a lasting diplomatic solution with Pakistan. Modi made the first move, inviting Pakistani Prime Minister Nawaz Sharif to attend his oath-taking ceremony in New Delhi. Sharif opted to accept and reciprocate Modi's friendly gesture, and went to the Indian capital on May 26 with a "message of peace." Experts said it was an unprecedented step by a Pakistani leader to engage on such a high level with a Hindu nationalist such as Modi, who was allegedly involved in a Muslim massacre in Gujarat in 2002 as the state's head.

Opinion: The coming India-Pakistan impasse may be even more difficult to break

India wants to change the terms of engagement with Pakistan, but does it have the strategic space to do so? India and Pakistan need sustained engagement if they are to work out their differences, writes Shivam Vij. (23.08.2015)

"There were high hopes for the improvement of bilateral relations between India and Pakistan with the fresh start of a new government. Before Prime Minister Modi came to power, the relations between the two neighbors were at an all-time low, as all bilateral processes had been interrupted," Sarah Hees, Resident Representative of the German foundation Friedrich-Ebert-Stiftung in India, told DW.

Experts say that by ratcheting up war rhetoric against India, and blaming it for supporting insurgency in the western Balochistan province, the Pakistani military managed to minimize the influence of Sharif's civilian government on security and foreign affairs. The Kashmir narrative, analysts believe, has been used time and again by the military establishment to keep the country in a perpetual state of war with India.

India, however, has some genuine concerns about Pakistan-based terrorists groups that it believes are creating unrest on its soil. The memory of the Mumbai attacks seven years ago is still fresh in the minds of many Indians.

Despite Pakistan's claims that it is fighting against Islamist militants, countries such as the US, Afghanistan and India are not convinced. 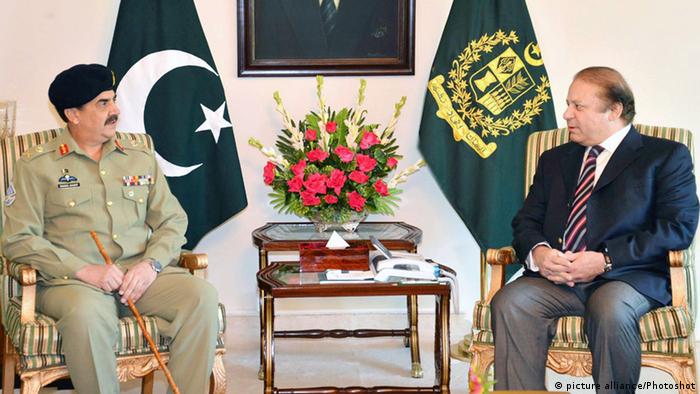