Can movies bring India and Pakistan closer together? | Asia | An in-depth look at news from across the continent | DW | 13.08.2015

A recent Bollywood movie starring Salman Khan emphasizes the need for good relations between the South Asian neighbors. The face of cinema is changing, but can it pave the way for a lasting Indo-Pakistani friendship? 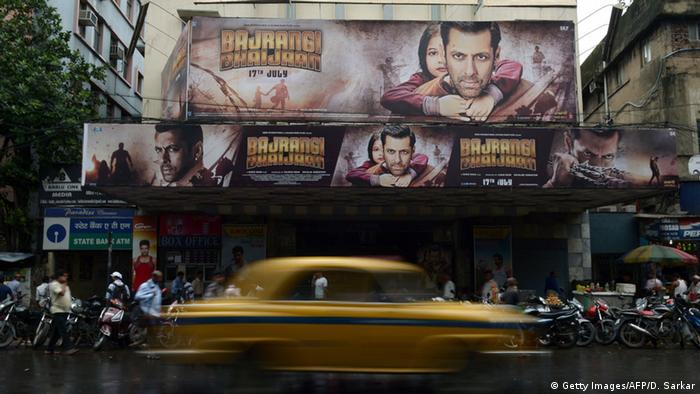 Bollywood superstar Salman Khan's latest movie "Bajrangi Bhaijaan," directed by the young filmmaker Kabir Khan, narrates a story of a Hindu devotee who overcomes many obstacles to help a lost Pakistani Muslim girl reunite with her family in Pakistan-administered Kashmir. The film is a huge box-office success, and has received critical acclaim in both India and Pakistan.

"Bajrangi Bhaijaan" is part of a new era of filmmaking in India and Pakistan. There is more emphasis on the common cultural and historical background of the two countries than on hatred and war-mongering. It is definitely a break from the earlier movies in which Pakistan and India portrayed each other as enemies. Of course, such films are still being made, but they are no longer blockbusters.

So what has changed? Cultural critics say the phenomenon is related to a rapid urbanization in both countries and the growth of social media in the Indian sub-continent. There is more interaction between South Asian youngsters than ever before.

Sixty-nine years since the independence of the two countries from British colonial rule, many Indian and Pakistani youngsters are questioning the political narrative built around jingoism and religion that has defined relations between the two states. This, experts say, is now being reflected in the cinema as well. 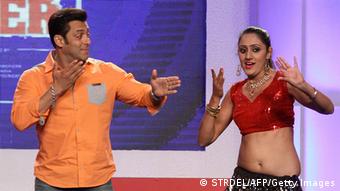 Pakistani intellectual and author Ayesha Siddiqa is of the view that movies like "Bajrangi Bhaijaan" remind Indians and Pakistanis of their geographical closeness. "Pakistan's best friend is China, but people watch Bollywood movies, not Chinese films. Yet, the bulk in India and Pakistan know so little about each other. We are either a fantasy created by celluloid or an ugly farce, as depicted by angry anchors," Siddiqa wrote in an article for The Express Tribune news website.

"In this backdrop, the film (Bajrangi Bhaijaan) simply says that ordinary folk may run into unforeseen problems that require cooperation and defeating decades-old bureaucratic mindsets. It requires humanism rather than bland and blatant nationalism to treat each other with respect," she added.

India and Pakistan have once again indulged in a war of words after months of relative peace. Who benefits from the continued hostility between the nuclear rivals? DW examines the historic conflict and its new dimension. (11.06.2015)

'Pakistan is a great place for budding filmmakers'

But Indian blogger and social critic, Shivam Vij, is of the opinion that there are also commercial reasons behind Bollywood's new-found love for Pakistan.

"It is important to note that Pakistan is the sixth largest market for Bollywood movies. The Pakistani diaspora is also Bollywood's audience. This means that Bollywood has direct financial reasons for not making jingoistic anti-Pakistan films anymore. The links of Pakistani artists with Bollywood also have a role to play," he told DW.

"It's also the larger picture of Indian cinema being liberal despite right-wing winds in the country - so not just Pakistan but on many other issues Bollywood is saying things that are otherwise becoming difficult to say, on Twitter for instance," Vij added.

Nationalism and regional political dynamics, however, are a harsh reminder that reality is quite different from what is shown on the celluloid.

Narendra Modi's election to Indian premier in May 2014 led some to expect a lasting diplomatic solution with Pakistan. Modi made the first move, as he invited Sharif to attend his oath-taking ceremony in New Delhi. Sharif opted to reciprocate Modi's friendly gesture and went to the Indian capital on May 26 with a "message of peace." Experts said it was an unprecedented step by a Pakistani leader to engage on such a high-level with a Hindu nationalist like Modi, who was allegedly involved in a Muslim massacre in Gujarat in 2002 as the state's head. 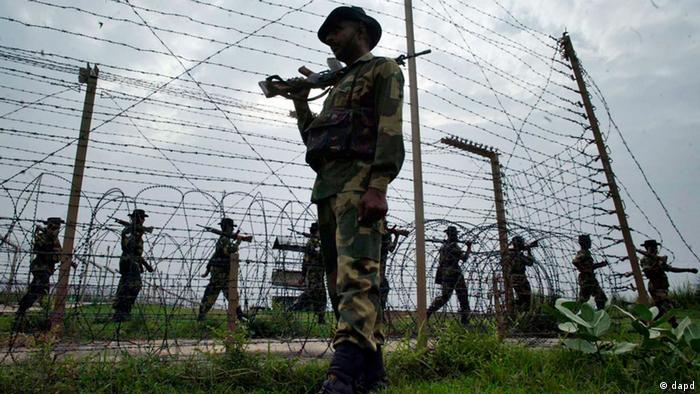 However, Indian writer Tasneef Haidar, who is in the process of archiving the works of great Urdu poets of the Indian sub-continent on his "Adabi Duniya" website, is not very optimistic about the Indo-Pakistani cultural endeavors towards peace and harmony. 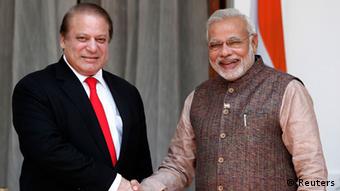 "I have no doubt that many young people in the two countries want ties to improve, but the chances of it happening are quite slim. Religion and nationalism have been amalgamated in our politics, and it is a big hindrance," he said.

Abdul Agha, a Pakistani journalist, agrees with Haidar's analysis: "The cultural exchange between the two nations is not a new phenomenon. Movies like 'Bajrangi Bhaijan' definitely build bridges. But so far nothing has been translated into a movement," he told DW, adding that people watch movies, talk about peace and love, but don't feel the need to put pressure on their respective governments to abandon the politics of hatred. On the contrary, the right-wing groups opposing movies like "Bajrangi Bhaijaan" in India and Pakistan have more influence on society and politics, Agha underlined.

"Movies do reflect the changing Indian-Pakistani dynamics, but they don't show the entire picture. The real life obstacles are too hard to overcome," he said.