By charging WikiLeaks founder Julian Assange with hacking, the United States has avoided a direct challenge to press freedom. However, critics say the case could still have a chilling effect on journalism. 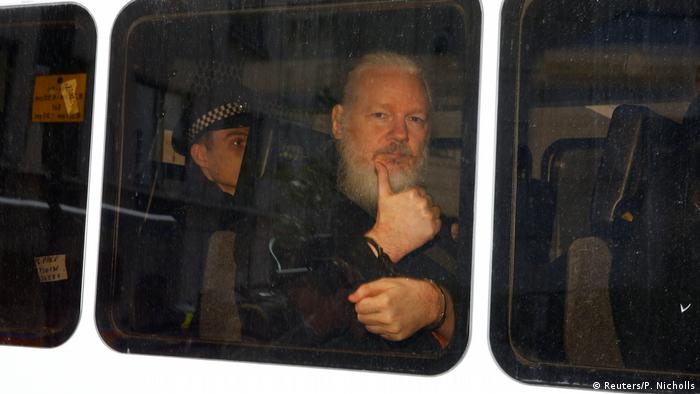 The Justice Department has charged Julian Assange with a conspiracy to hack a United States government computer containing classified documents. That's according to its sealed indictment against the founder of WikiLeaks filed in March last year in a Virginia court, and unsealed on Wednesday. The indictment does not, however, charge Assange directly with publishing classified information.

It has been clear that the US had prepared a sealed charge against Assange ever since a court filing in a separate case late last year inadvertently mentioned him. However, the details of the indictment only became known when it was unsealed after Assange was arrested at Ecuador's embassy in London.

Legal scholars say it was a prudent decision by the US government to charge Assange with one count of conspiracy to hack a government computer. Had the US leveled a much broader espionage charge focused on the publication of classified information, it likely would have been perceived as a direct attack on the freedom of press enshrined in the First Amendment of the US constitution.

"This distinguishes the illegal obtaining of information by hacking from the constitutionally protected publication of the information," said Frederick Schauer, a law professor with a focus on free speech issues at the University of Virginia. "This looks like, from the perspective of the government, a constitutionally safer way to proceed."

Unlike in many other countries, explained Schauer, it is not only legal but constitutionally protected in the US to publish illegally obtained information. But the actual act of obtaining that information, through theft or hacking for example, is illegal.

In the indictment, the US government alleges that "Assange agreed to assist in cracking a password stored on United States Department of Defense computers connected to the Secret Internet Protocol Network, a United States government network used for classified documents and communications." If convicted, Assange faces a maximum prison term of five years.

"I think it was a strategic decision on the part of the government not to try to prosecute for anything to do with publication," said Schauer. "There will still be people who will talk about the First Amendment, there will still be people who talk about freedom of the press, but at least under existing constitutional doctrine the distinction between illegally obtaining and subsequent publishing is clear."

One of those people who has raised press freedom concerns is Jameel Jaffer, director of the Knight First Amendment Institute at Columbia University. He acknowledged it was important that the core of the indictment deals with the alleged hacking of a government computer and not the publication of classified information. But, said Jaffer, "the indictment inexplicably sweeps in a whole lot of activity that is not just lawful, but core to press freedom, like cultivating sources and communicating securely with sources." 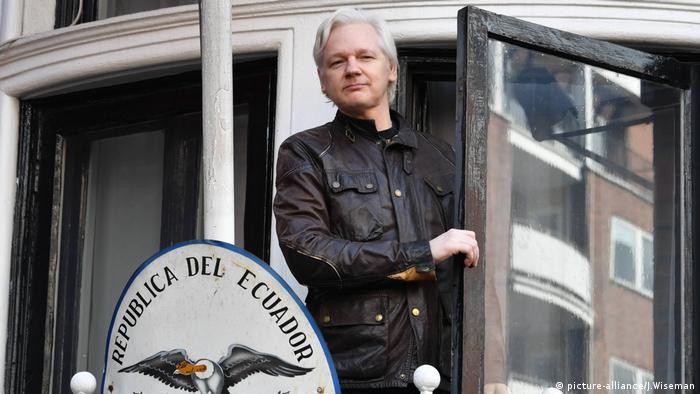 The indictment details how Assange allegedly communicated with his co-conspirators, including Chelsea Manning, by using an online chat service, and how classified documents were transmitted via a cloud drop box.

"It seems pretty clear that the aim of the indictment is to tar those entirely legitimate journalistic activities by association with this alleged unlawful hack of the government database," said Jaffer. "So I would say that it is in a sense a kind of a relief that the indictment focuses ultimately on the hack of a government database, but it's very troubling that the indictment is worded so broadly and characterizes all this entirely legitimate journalistic activity as part of a criminal conspiracy."

What's more, added Jaffer, it is possible that the US Justice Department could file additional charges against Assange at a later time. For that reason, and for the fact that this government holds a hostile view towards the media generally, and national security journalism in particular, it is important to closely watch the Justice Department's handling of the Assange case, he said. "It's certainly possible that the government's prosecution could have a chilling effect on journalism."