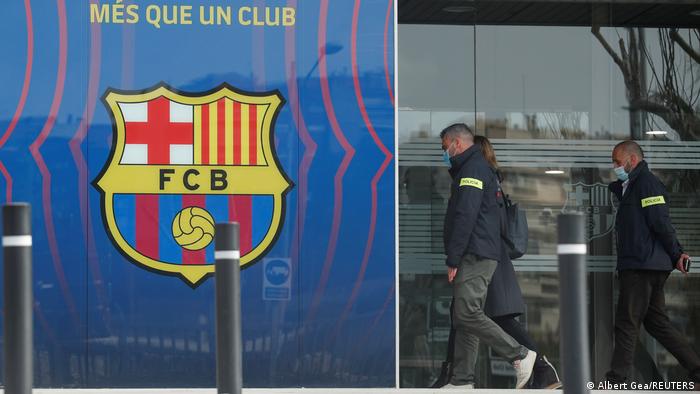 The arrests were part of a police investigation into the "Barcagate" controversy.

They followed a raid at Barcelona's offices and come just six days ahead of presidential elections.

Which Barcelona officials were arrested?

Catalan police did not say who were taken into custody but presidential candidate Joan Laporta confirmed reports that Bartomeu was among those detained.

Court officials said a judge ordered Monday's search and seize operation but that the arrests had been made at the discretion of the police officers involved.

The operation was carried out by the police's financial crimes department, according to local authorities.

How has Barcelona reacted?

FC Barcelona said it offered "full collaboration to the legal and police authorities to help make clear facts which are subject to investigation."

"The information and documentation requested by the judicial police force relate strictly to the facts relative to this case. FC Barcelona (expresses) its utmost respect for the judicial process in place and for the principle of presumed innocence for the people affected within the remit of this investigation," Barcelona said.

What is the 'Barcagate' scandal?

The club released a statement confirming the operation was tied to last year's "Barcagate" — when it was accused of covering up payments made to I3 Ventures.

Officials were accused of hiring the company to carry out a smear campaign against current and ex-players who were critical of the club, to enhance the image of then-President Bartomeu and other senior club officials on social media.

Barcelona had denied the accusations that it hired a company to make such comments.

The football club is currently more than €1.1 billion ($1.3 billion) in debt.

Opinion: There is only one positive to the FIFA Club World Cup

Without much value from a football perspective and with political and coronavirus question marks, there are many reasons to ignore the Club World Cup. But exposure for smaller teams is key, says Andreas Sten-Ziemons.