Jihad 'Made in Kosovo'

Over the span of two days, 43 Islamic extremists were arrested in Kosovo. Dozens more are under watch, both at home and in the Middle East. As fears of terror attacks grow, Kosovo is clamping down. 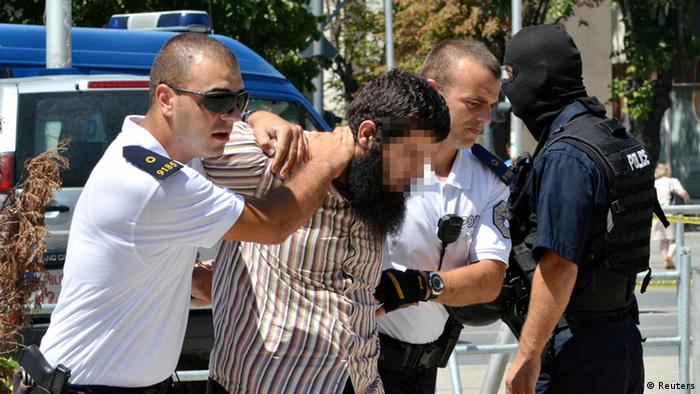 The act that triggered the largest police action in Kosovo since the war in 1999 was terrible and barbaric. The Kosovar jihadist Lavdrim Muhaxeri posted before and after photos of the beheading of a 19-year-old in Syria, where the jihadist is currently fighting for the Islamic State (IS). Those images were published in nearly every Kosovo newspaper and Internet portal and sparked outrage and deep shock among Kosovars.

"Kosovo will be no safe haven for terrorists," she said.

An exact count of the number of Kosovar extremists and terrorists in Syria and Iraq does not exist. The Kosovo police estimate the number could be between 100 and 200. It is only known officially that in the last few weeks at least 16 bodies from Iraq and Syria were returned to Kosovo. It is also alleged that there could be a few hundred radical extremists within Kosovo.

"Over the last few weeks, we have arrested 43 suspected extremists. We are in the middle of the investigation, but there are more arrests expected to be made in the next few days," Kosovo police spokesperson Baki Kelani told DW. 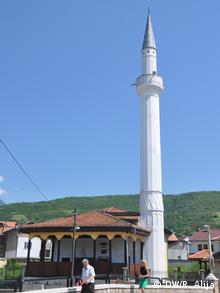 The Suzi mosque in Prizren, Kosovo, has been drawing the Muslim faithful since 1513

Kosovo media report that at least 56 further suspects will be arrested shortly.

"The security situation in Kosovo is stable," Kelani said, adding that the danger posed by terrorists can never be fully ruled out. "The police and other security structures in Kosovo are in the position to ensure order and security in the country."

There is growing fear in Kosovo and Albania of possible attacks by radical Islamists and terrorists. According to Kosovar media, there were threats of a possible Islamist terrorist attack during the film festival "Dokufest," which ran for ten days in late August in the city of Priyren, home to a military base for 700 German soldiers.

Islam has more than 500 years of history in Kosovo. More than 90 percent of the 1.8 million residents of the country are Muslim - nearly all of them Sunni. Prior to the 1999 war in Kosovo, there were 560 mosques; today there are nearly 700 Muslim houses of worship.

The Islamic community of Kosovo (Bashkesia Islame e Kosoves - BIK) is very well organized. "With full responsibility I say, 'We have all mosques and imams under control,'" said the the chairman of BIK, Naim Trnava, in an interview with DW.

Still, he says, there are many "guests" coming in from the outside because the country's border is very open.

"After the war, anyone could come and go as he pleased. This is the reason a part of our youth have been indoctrinated," Trnava said. 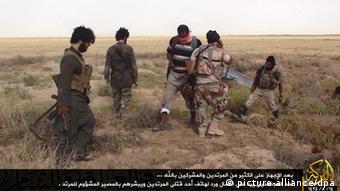 Analyst Haki Abayi, chairman of the Rockefeller Brothers Foundation in Prishtina, believes the difficult economic situation has made youth particularly vulnerable to radical Islamic propaganda. The unemployment rate in Kosovo is estimated to be 40 percent, and many people live in poverty, without prospects of improving their situation.

The unemployment situation leaves many vulnerable to Arab countries' influence. Since the Kosovo war in 1998-9, Arab countries have established and funded many NGOs in Kosovo. According to recent media reports, the newly-estabished organizations have received more than 25 million euros ($33 million) of financial assistance from Libya, Lebanon, the United Arab Emirates and Saudi Arabia alone. Security agencies believe, however, that these organizations could be funding radical extremist groups. 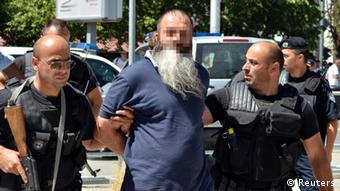 Moreover, in Kosovo there were, until a short while ago, four so-called houses of worship - privately-rented houses - that served as places of prayer. Islamic community chairman Trnava believes radical groups and their supporters assembled there. This is likely the reason police recently closed one of these houses in Prishtina.

That closure is part of the "uncompromising fight" the government of Kosovo has declared against all extremists.

"In Kosovo there will be no place for extremism, radicalism, and terrorism. Kosovo is a free and independent country that will, with the help of the European Union and the USA, continue to fight for good and against evil," Prime Minister Hashim Thaci told DW.

The probability journalist James Foley was murdered by a British man has turned the spotlight on an uncomfortable truth. DW looks at how the UK became Europe's main exporter of 'Islamic State' radicals. (21.08.2014)