After injuring his groin in Hamburg last month, the Jerome Boateng is hoping to be match-ready not just for a crucial stretch Bayern Munich, but for Euro 2016 for Germany as well. 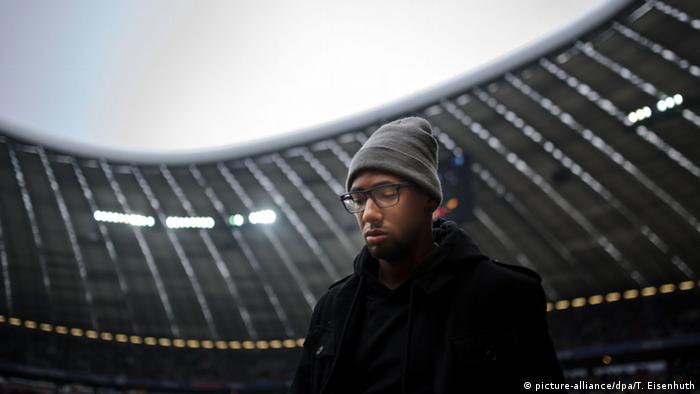 Jerome Boateng only managed 56 minutes on the pitch in the second half of the season before taking a tumble and immediately calling for medical attention. He has not returned since that moment resulted in a groin injury, but he hopes to make a comeback sooner rather than later.

“My goal is to attempt to get back to training in April and it looks quite good so far,” said the defending Bundesliga and World Cup champion, “but I won't set a date and put myself under pressure.”

An April return would allow him to possibly participate in the later stages of the Champions League and German Cup. Boateng's return would also be good news for German national team coach Joachim Löw, who will want his defenders fit for Euro 2016. 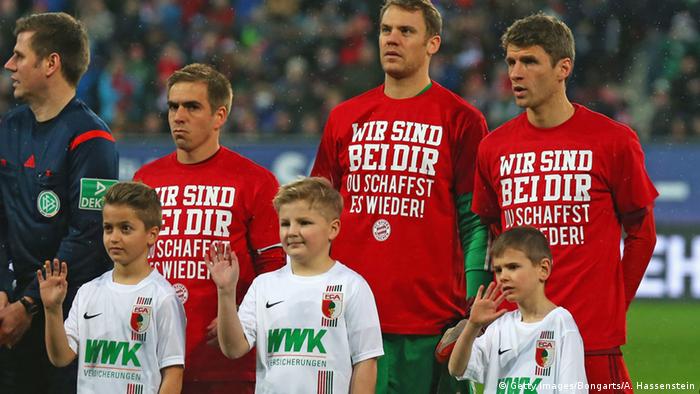 Bayern Munich came out of the tunnel on Sunday wearing special shirts to honor their fallen teammate, Holger Badstuber

Two days after breaking his ankle in training, Badstuber is out of the hospital and is expected to make a comeback, but not until next season. "I am happy that can go home now," Badstuber said in a club statement. "Of course it was a big shock for me as well but I am looking ahead in a positive way. I can promise everyone that will return."

Badstuber, who has also experienced knee and thigh trouble in his career, is not expected to return this season. He was able to find the light side of his injury, correcting a graphic the "Süddeutsche Zeitung" created. He crossed out "injury" and put "strength", while also writing "Top Fit" and pointing to his head.

His Bayern teammates also have come to his support, wearing shirts in support of Badstuber that said, “We are with you, you will make it again,” on the front and Badstuber's name and number on the back when they came out of the tunnel.

Bayern Munich didn't even have a game on Saturday, but they managed to steal the headlines anyway. Defender Holger Badstuber has suffered yet another serious injury. (13.02.2016)